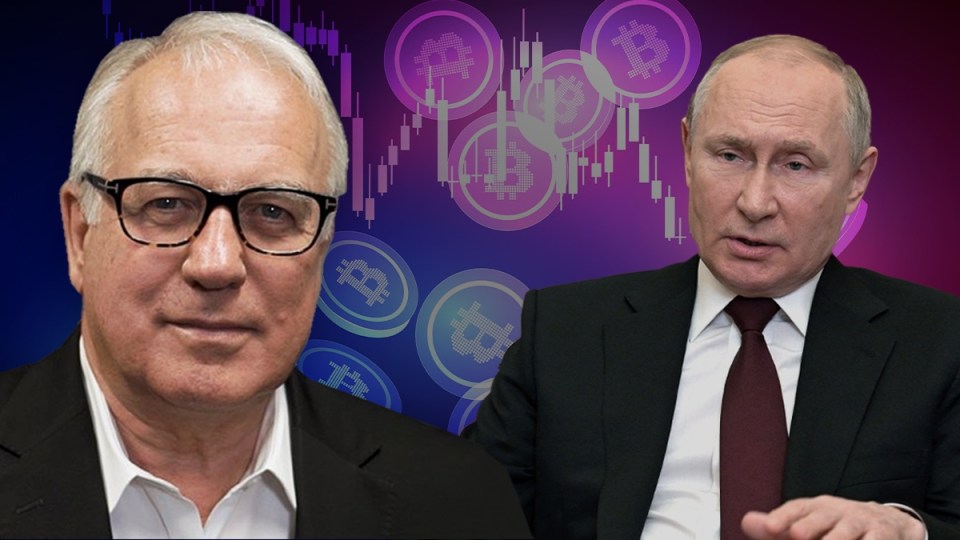 It's highly likey Russia will have to come up with an alternative to US dollars, writes Alan Kohler. Photo: TND
opinion

This week, cryptocurrency exchanges one and all turned down a request from Ukraine to join the sanctions and freeze Russian accounts, because it would go against their libertarian values.

Which is ironic given they are tacitly supporting an anti-libertarian autocracy.

But there may end up being more to this irony than meets the eye.

The Russian invasion of Ukraine is the first major conflict since the invention of Bitcoin, another small way in which it is unique in the history of wars.

An isolated aggressor can now theoretically use borderless, decentralised Bitcoins to do its business instead of the fiat currency system from which it has been expelled.

Rather than defend Ukraine with force against a nuclear-armed attacker, or go without its exports, the West is choosing to freeze the assets of Russia’s kleptocrats and isolate it financially. Perfectly sensible, and quite effective.

The Russian economy is now in serious trouble: The ruble has collapsed to a small fraction of one US dollar, and to shore it up the central bank has had to double the key interest rate from 9.5 to 20 per cent.

Exporters are now required to convert 80 per cent of foreign exchange revenues to rubles to try to manufacture some demand for the world’s new pariah currency.

The key financial sanctions have involved booting Russian banks out of the SWIFT global banking information system, and preventing the central bank from “deploying its international reserves”.

In summary, as punishment for breaching the rule-based world order by violating Ukraine’s sovereignty, Russia has been disqualified from the rules-based financial order based on the sovereignty of national currencies and their convertibility into the world’s reserve currency, US dollars.

For 37 years, between August 1971 when Richard Nixon ended the convertibility of US dollars into gold, and October 2008 when Satoshi Nakamoto invented Bitcoin, nations could only transact with each other in fiat currencies using the global banking system, mostly in US dollars that first had to be acquired at an exchange rate usually set by the market.

The means of doing that has been through banks talking to each other over the SWIFT network, which stands for Society for Worldwide Interbank Financial Telecommunication. It’s the messaging system set up in 1973 to replace telexes, so banks could transfer money between them more quickly, and at scale.

I’m not suggesting that Russia is going to suddenly do an El Salvador and make Bitcoin legal tender, and then start trading with cryptocurrencies.

But I am suggesting it may eventually be a way out.

It’s what Satoshi Nakamoto had in mind, really, and the crypto exchanges seem to be confirming that this week.

In 2008, he/she/they (no one knows) created Bitcoin as an alternative to central-bank controlled, bank-intermediated, fiat currencies, although so far it has been used mainly as an asset for speculation because it doubles as digital gold.

The Bitcoin code was based on the standard SHA-256 encryption system and designed so that no one can control it and anyone can “mine” (create) them simply by spending energy.

If Russia’s energy exports were blocked it could transform its oil and gas into Bitcoins and monetise it that way, instead of selling it for US dollars and euros.

For example, Iran turned to Bitcoin mining when the US imposed sanctions on it, and now accounts for 5 per cent of all Bitcoins mined.
To transfer the Bitcoins you’ve mined or acquired to anyone in the world, and therefore use them for trade, you just need access to the internet and the 256-digit code of your particular Bitcoins.

Remembering the code was made easier by what’s called a “seed phrase” of 24 words (previously 12) generated by an algorithm, although most people don’t bother remembering the words, they just use a wallet and an exchange.

But you could remember the words or write them down somewhere, and you’d be entirely independent of any institution, including the wallet providers and exchanges, as long as you didn’t need to convert the Bitcoins back into US dollars, or rubles.

Unless Vladimir Putin capitulates and apologises, very unlikely, or he is overthrown in a coup, more likely, Russia will be a pariah for a very long time, maybe permanently, so it’s going to have to come up with a permanent alternative to US dollars.

The last Bitcoin will be mined in 2140, so the opportunity is near enough to permanent.

China has been chafing at the US dollar system for some time, trying to cajole, or bully, trading partners into using renminbi instead.

With the invasion of Ukraine, China has stayed on the fence, abstaining from the Security Council vote and absurdly urging “both sides to exercise restraint”.

The world may once again be in the process of dividing into two: Democracies and autocracies, with the democracies shutting the autocrats out of the global financial system.

How ironic it would be if Satoshi Nakamoto’s invention, designed to be the ultimate tool of libertarians, became the tool of totalitarians instead, escaping a fiat currency prison.

Alan Kohler: This could be Putin’s way out of his currency prison