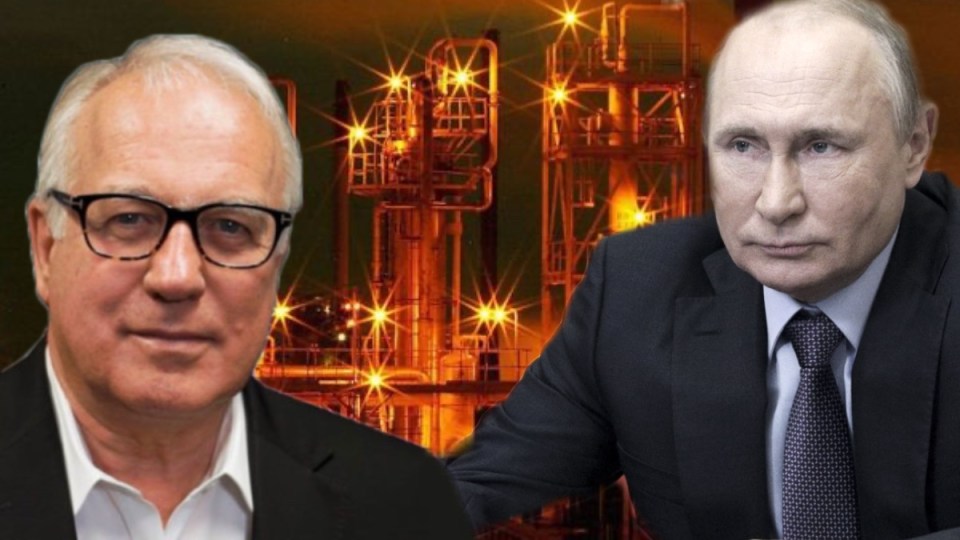 The immediate challenge for the United States and Europe is to decide whether to have another oil shock, deliberately, 43 years after the last one.

It’s likely the only sanction painful enough to end the invasion of Ukraine would be an embargo on Russia’s oil and gas sales to Europe, along with its exports of uranium, aluminium, nickel and titanium.

Putin’s calculation is that cutting off Russia’s exports would be too painful for the West and that sanctions other than that are bearable. He might be right.

In the 1979 oil shock after the Iranian revolution, global production only fell 4 per cent but the oil price doubled and led to stagflation, sky-high interest rates and the recession of 1982.

Russia supplies 13 per cent of world’s oil and 40 per cent of Europe’s gas, so the stakes are much higher.

But the other difference with 1979 is that global debt was then about 35 per cent of GDP; now it’s 350 per cent, and approaching $US300 trillion.

It means a Russian export embargo is virtually unthinkable.

That doesn’t mean the invasion will be cost-free for Russia, far from it. Ukraine will be a quagmire, with Ukraine’s 44 million people, or a third of the population of Russia, engaging in a fierce insurgency, and the financial sanctions potentially crippling Russia’s economy.

In some ways, the longer-term challenge for the West is even greater: Russia has broken the rules-based world order that is founded on inviolate sovereignty.

The US flouted it in 2003 with the invasion of Iraq, but at least then there was the spurious fig leaf of weapons of mass destruction; this time there is no such thing, only Putin’s claim to a sort of historical spiritual sovereignty over Ukraine.

How profoundly this changes the way the world operates will depend on what China does, and whether Putin gets away with it – and also whether he does an Adolf Hitler and follows up his “Sudetenland” by attacking members of NATO – Poland, the Baltic states, Romania or Bulgaria – provoking a military response rather than just sanctions.

There are two equal sides to this equation, though: The strength of Putin’s historical delusions and the weakness of the West.

Putin appears to have become unhinged after 20 years as the Tsar of Russia, surrounded by flatterers and yes-men, robbing the Russian people of billions, possibly hundreds of billions of dollars, riding horses naked from the waist up and immersing himself in the history of the both Soviet Union and the Russian Orthodox Church.

In 988, Vladimir the 1st of the Rus, aka Vladimir the Great, negotiated the hand in marriage of Byzantine emperor Basil II’s sister Anna. Never before had a Byzantine princess married a pagan barbarian.

Vlad the Great lived in Kyiv, and when he returned home triumphantly with his bride, freshly converted to Orthodox Christianity, he summoned the entire population of the city to the River Dnieper for a mass baptism. This became the founding act of the Russian Orthodox church.

By the way, before heading to Constantinople to marry Anna, Vlad I reconquered Crimea, so Vlad Putin’s 2014 annexation of Crimea can be seen as the first act of his reincarnation of Vladimir the Great. Returning in triumph to Kyiv is next.

In 2019, a millennium after it was founded, the Ukrainian arm of the church declared its independence from the Russian Church.

The Ukrainian president at the time, Petro Poroshenko, described it as “a great victory for the devout Ukrainian nation over the Moscow demons, a victory of good over evil, light over darkness”, while the head of the Russian Orthodox Church, Patriarch (Vladimir) Kirill furiously rejected it and declared that Ukraine belonged irrevocably to its “canonical territory”.

In his rambling, hour-long speech last Monday as he was preparing to invade Ukraine, Vladimir Putin said: “I would like to emphasise again that Ukraine is not just a neighbouring country for us. It is an inalienable part of our own history, culture and spiritual space.”

It was also part of the USSR, of course, and was one of the four founding members of the Union of Soviet Socialist Republics when it was born on December 30, 1922, five years after the Bolshevik Revolution.

In his speech last week, Putin said: “Soviet Ukraine is the result of the Bolsheviks’ policy and can be rightfully called ‘Vladimir Lenin’s Ukraine’. He was its creator and architect.”

So the history of the USSR is now mingling in the soup of Vladimir 3.0’s mind with the history of Russian Orthodox Christianity to legitimise the invasion of Ukraine.

Meanwhile, the West, confronted by the mad Tsar of a nuclear-armed Russia, has been profoundly weakened by its own madness: That is, decades of falling interest rates producing asset bubbles and mountainous debt.

Western democracies have been taken over by financiers and billionaires; the rest of us are in hock to the eyeballs, houses are too expensive, and assets – cryptocurrencies and NFTs – have sprung out of nowhere to be worth billions, as the downtrodden desperately speculate to try to get ahead.

Why has this happened? I think it’s the catastrophic combination of two things: The independence of central banks and the ideological debasement of fiscal policy via neoliberalism.

At about the same time as central banks became independent institutions run by technocrats, the basic philosophy of government switched to reducing the size and power of it, starting with Ronald Reagan’s 1981 inauguration address. In which he declared that: “Government is not the solution to our problem, government is the problem.”

The movement that began that day has led governments, especially those on the right, to strive ceaselessly to cut government spending, taxes and wages.

The tax cuts have usually favoured the wealthy – inevitably since 30 per cent of all income taxes are paid by the top 1 per cent of income earners – so a lot of that money has been saved rather than spent.

That is, every dollar of government spending that is cut comes out of the economy, but not the entire dollar of taxes that are cut is spent to offset that. The net result has been endless fiscal tightening.

At the same time as political ideologues have pursued small government and lower wages through high unemployment and immigration, economic technicians in central banks have pursued economic growth and full employment with low interest rates.

The conventional economists’ explanation for the long-term decline in interest rates is that the natural rate of interest, or ‘R-star’, is lower because of demography and lower potential growth.

Slower population growth and ageing, plus lower productivity growth, goes the theory, have meant that central banks have had no choice but to lower interest rates to keep the economy in balance.

That is part of the story of how the West was lost, and why another oil shock is unthinkable.