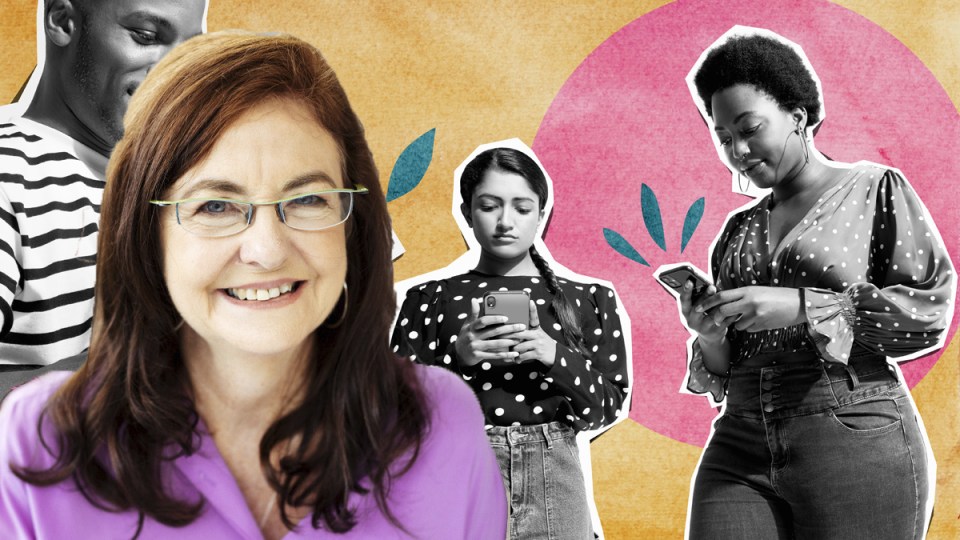 Want to learn a new language? Just ask for a guided tour through your teen’s smart phone.

For those whose modern language skills need a touch of polish, this conversation between two teen girls translates, broadly, as:

What are you doing?
I don’t know. How about you?
Send me a message, why don’t you?

Or what about this one, common around the current semi-formal season:

You look great!
I love you.
I love you so much.
You’re my favourite.

And so it goes on. Np. No problem. Tysm. Thank you so much.

A while ago, a father told me that his two 20-something sons spoke entirely differently.

The older son spoke in sentences, with pauses. Each word was spoken, in its entirety. Full stops played an important role.

The younger son spoke quickly, with one thought racing after the next. Most words were abbreviated, and some even clipped at a letter.

Smart phone conversation has become a language of its own, but perhaps now it’s also dribbling into everyday lexicon. Life’s short. So why not words too?

Is it something we should lament? Or celebrate?

Certainly the value of a full stop might have helped Virgin Australia boss Jayne Hrdlicka this week.

If she had ended her argument about the importance of opening borders before adding that “some people might die’’, she might be enjoying more support today.

Four words. And a world of difference.

Recently, a card arrived from a friend who had lost her mother, too early, and she explained how she still struggled to contain her emotion when she heard those old-fashioned sayings now mostly consigned to history.

“Stop crying before I give you something to cry about,’’ her mother would says. Along with “hold your horses’’ and “always wear clean underwear as you never know when you might be in a car accident’’.

She’s not alone. Ask anyone in their 40s and 50s, and they too have parents who would say things like: “Keep that up and I’ll knock you into next week’’ or “Watch out or I’ll bring out the wooden spoon’’. Or even, “I’ll bang your heads together’’.

A favourite, it seems, of mothers was this: “Just wait until your father gets home.’’

Many of those, with the benefit of hindsight, should have been relegated to the history bin years ago.

But others that have also largely disappeared paint a powerful picture. “It’s best to be silent and thought a fool than open your mouth and remove all doubt.’’

If only more of our politicians had learnt that one…

Or “we’ll cross that bridge when we come to it’’. Try it on a youngster now, and they’re more likely to respond with “what bridge?’’

“Look after the cents, and the dollars will look after you,’’ formed the basis of home financial literacy lessons, and “she’s the cat’s mother’’ was a reminder that it was respectful to use people’s names.

Other sayings around the dining room table remain nonsensical, a generation on.

“He’ll have your guts for garters.’’

“If the wind changes, and you’re poking a face like that, you’ll be stuck with it forever.’’

I still don’t know how Mum spotted the face-pull but then again, she did tell me she had “eyes in the back of my head’’.

And, my all-time favourite, “a wigwam for a goose’s bridle.’’

A penny for your thoughts – if you can pass on what that means!

So if the nation’s baby boomers and their families coloured conversation with sayings that make no sense now, does it really matter that our teens are talking in a vocabulary just as baffling?

What was your parents’ favourite saying? Let me know – mk@madonnaking.com.au

Madonna King: Texting teens are just us, but 30 years younger