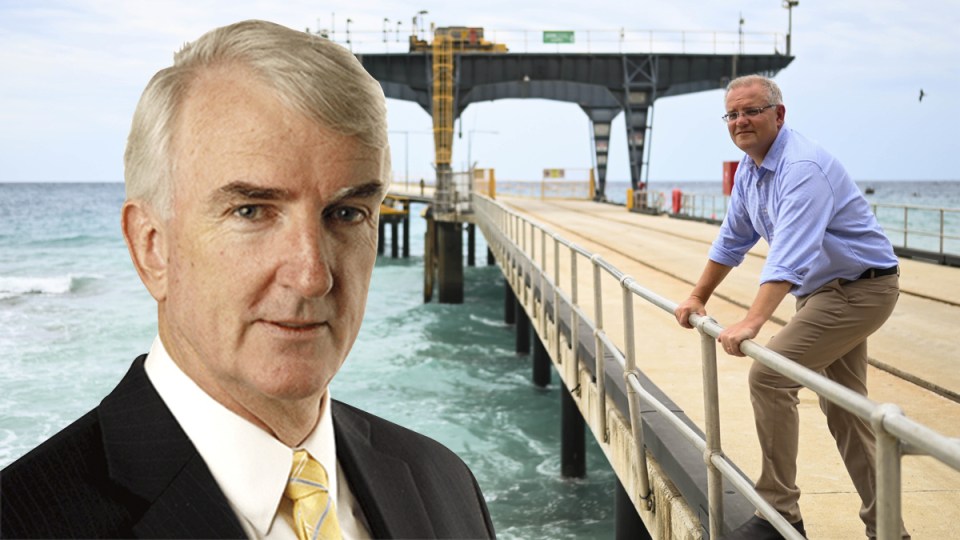 From the comments section on Monday’s column and Twitter response, some TND readers agree with her and believe I was wrong to suggest there is a racist tinge to this particular over-the-top stunt.

For those readers, let’s indulge in a little hypothetical about the examples I used this week of our steady degradation.

First up, the boat load of desperate refugees – men, women and children – rescued by the Norwegian container ship, MV Tampa, in August, 2001.

“They (Australian Coastwatch) sent a plane to direct us to the sinking boat,” Captain Arne Rinnan said.

“When we arrived it was obvious to us that it was coming apart. Several of the refugees were obviously in a bad state and collapsed when they came on deck to us. Ten to 12 of them were unconscious, several had dysentery and a pregnant woman suffered abdominal pains.”

They were mainly Hazaras forced to flee Taliban Afghanistan – the regime so bad we subsequently enlisted in a 20-year war to try to wipe it out.

Instead of allowing them to disembark at Christmas Island, the Howard government ordered the SAS to board and effectively seize the ship.

The refugees were transferred to HMAS Manoora for the 8000-kilometre journey to internment on Nauru, the start of our “Pacific Solution”.

“I have seen most of what there is to see in this profession, but what I experienced on this trip is the worst,” Captain Rinnan said. He had been a sailor since 1958, a captain for 23 years.

“When we asked for food and medicine for the refugees, the Australians sent commando troops on board. This created a very high tension among the refugees. After an hour of checking the refugees, the troops agreed to give medical assistance to some of them … The soldiers obviously didn’t like their mission.”

Now, hypothetically, how do you think the Howard government would have played the Tampa if the refugees plucked from a failing, stricken boat had been white Zimbabweans?

Can you see John Howard ordering Captain Rinnan not to enter Australian waters if there were desperate blonde and red-headed women and children on board in need of medical attention?

How would it have played on the 6pm news to see SAS commandos storming the ship to seize English-speaking refugees who looked like “us”?

Would the Howard government have then jammed more than 400 white people on a 30-year-old, second-hand American tank-landing ship for a long voyage to a desolate detention centre in the Pacific Ocean straight after their ordeal in the Indian Ocean?

I somehow doubt it. If you’re honest and have any knowledge of “optics” in Australian political decision making, I suspect you doubt it, too.

Just hypothetically, do you think the Morrison government would have been so determined to oppose and eventually repeal the Medevac Bill, to prevent seriously ill white refugees receiving medical treatment in Australia?

And the Biloela family.

Hypothetically, imagine a couple of fair-skinned asylum seekers, members of an ethnic minority that was brutally crushed in a civil war, risk their lives to get to Australia, meet and start a new life in a western Queensland country town.

In time, they have two little girls, Katie and Tessa, and are welcomed, contributing members of the Biloela community.

Would Peter Dutton mount a totally unnecessary armed dawn raid to snatch those little blonde girls from their beds, separate the family, fly them to the other end of the country and then Christmas Island, thousands of kilometres from their lawyers and supporters, spend $50 million to pursue them through courts and hold them in jails for nearly four years?

(And the Christmas Island detention itself was reopened at enormous cost as a political stunt by Mr Morrison, complete with photo op, as part of his Medevac Bill theatre.)

But they’re not Katie and Tessa. They’re Kopika and Tharunicaa. Kopika turns six this month. Tharunicaa is four. They and their parents have done nothing illegal.

There is no need to pose a hypothetical scenario for the government’s extraordinary legislation to jail Australians trying to return from India. It’s real.

When the pandemic was at its peak and infection rates were as bad in predominantly “white” countries, there was no need to criminalise those trying to reach Australia.

Flights were stopped. Entry was and is rationed. It was enough, is enough. But for ethnic Indians, Morrison thinks the threat of jail is required.

Nothing racist about that?

Well, the legislation doesn’t specify “ethnic Indians”, but guess what people from India tend to be?

It’s so much easier to pull a headline-grabbing, tough-on-borders stunt featuring brown people than to take responsibility for providing adequate quarantine facilities.

Scott Morrison would not do it unless he figured it appealed to his base.

We have been degraded.

Footnote: In 2001 Helen Clark stuck up her hand for New Zealand to take 150 of the Tampa refugees. Ruth Lamperd followed up on the fate of some of the children 12 years later – such fine people we forsook and New Zealand gained.

“Theirs are typical migrant stories. The parents settled and worked hard, they learned trades, and they set up businesses. And the children went to school, hit the books and grew up, like the rest of us.

“They are university students, engineers, nurses. One is an airline pilot. They are patriotic Kiwis grateful for their new lives. They are the children Australia didn’t want.”