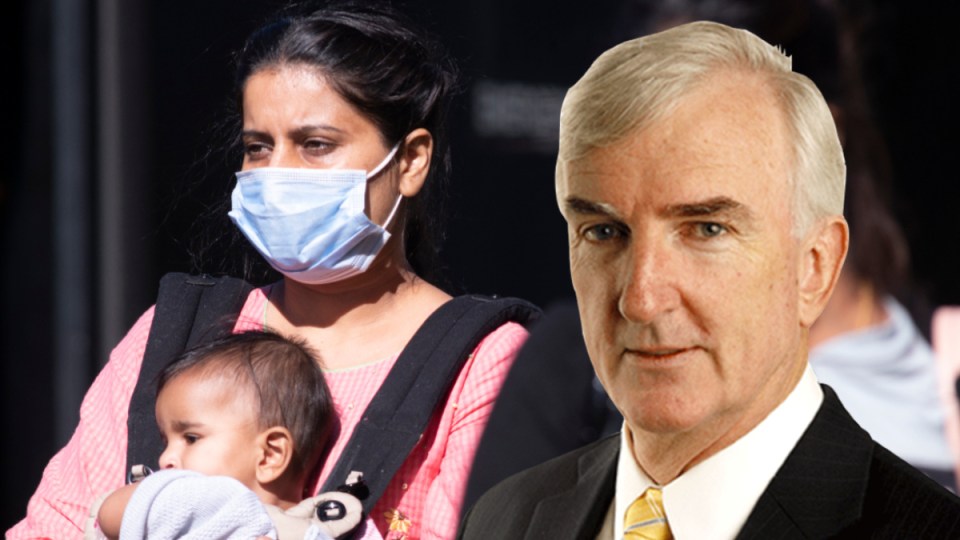 Degradation proceeds in steps. They may be small steps, they may be steps taken out of sight, but at some point being rewarded for that steady degradation of humanity tips over into a criminal level of failure.

Then you accept interning innocent foreign (brown) people on Manus and Nauru for years. That helps win elections, too.

Then you sink the “Malaysian solution” to your “offshore processing” of innocent foreign (brown) people for purely political motives, part of the Abbott era’s “Total Opposition”, and win an election.

Then you accept jailing innocent Australian-born (brown) children for years through false pride, through being unable to concede a mistake, The relevant minister’s personal vote increases.

At that point, given the stated excuses for the legislation and the reasons for those excuses, the government tips into the realm of criminal negligence, of failing a primary duty, of losing legitimacy.

And the nation that accepts those steps and such legislation is degraded along with its government.

Yes, yes, the legislation applies to any white Australians trying to return from India too – but, you know.

The Morrison government began its COVID quarantine odyssey with a stunt – using the unfit-for-purpose Christmas Island detention centre for Australians escaping from China.

Minister Peter Dutton said at the time:” Christmas Island is purpose-built for exactly this scenario.”

That was a lie. Mr Dutton now admits the obvious – it is not suitable.

Criminalising Australians trying to return from India is another unnecessary stunt, another episode of hairy-chested, tough-on-borders, whatever-it-takes bullshit.

Health Minister Greg Hunt’s Friday midnight media release was suitably Orwellian, starting with the Newspeak headline: Travel arrangements to be strengthened for people who have been in India.

Given the erosion of trust in the government, it is reasonable to sceptical about Mr Hunt’s careful choice of words.

“Our hearts go out to the people of India – and our Indian-Australian community.”

Is that true, Mr Hunt?

Treasurer Josh Frydenberg on Saturday promoted the type of advice to “medical”, but would he know?

Who knows? The government’s addiction to weasel words is such they lose meaning. (Such are weasels that they have multiple collective nouns – a boogle, a colony, a confusion, a gang, a pack, a sneak. All befit weasel words.)

What is clear is that this desperate act summarises the failure of the federal government to accept its quarantine responsibilities, to face up from the start that this epidemic will last a long time, that the virus will twist and turn and mutate, that there will be other viruses – some less lethal, some more – that will necessitate investment in proper quarantine facilities. 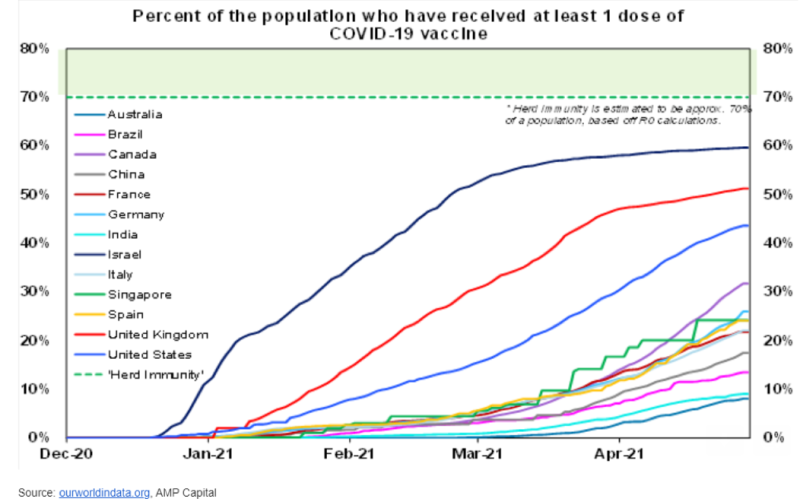 If you have trouble working out the colours to find Australia on the graph, it’s easy – we’re the one at the bottom.

A common failing of weak leadership is to hope problems will go away of their own accord if you wait long enough, to hope that treading water, prevaricating and deflecting will eventually allow the problem to fade without having to take responsibility.

And at present there’s always another problem – real or concocted – to usurp the headline writers’ attention.

The federal government has had a year to get quarantine right, repeated chances to build facilities, having seen the success of Howard Springs. Nothing has happened.

The Wagner brothers started this year with a proposal to build a 1000-room facility at their Toowoomba airport. The speed with which the Wagners work, a decision in January would have had the camp up and running now.

“It’s so important to continue to reach out and let each and every Australian know that they are important … that they are significant, because we believe they are created in the image of God,” Scott Morrison preached at the Australian Christian Churches conference on the Gold Coast.

Just that it seems some Australians are more important, some less.

And memo Pastor Morrison, Christ’s message was specifically inclusive. It was about all people, not any particular nationality, colour, religion or sexuality.

The Biloela family interned on Christmas Island and the family living in The Lodge and the Australian families trying to get home from India – zero difference for a Christian, for a compassionate human.

We’ve fallen a long way from the country that sent Sir William Deane as its Governor-General in 1999 to represent us at the memorial service in Interlaken for the 14 Australians who died in Saxetenbach Gorge, when he and his wife brought 14 sprigs of wattle from Canberra’s Government House to cast into the Saxeten River.

“It is still winter at home,” he said. “But the golden wattles are coming into bloom. Just as these young men and women were in the flower of their youth.

“And when we are back in Australia we will remember how the flowers and the perfume and the pollen of their and our homeland were carried down the river where they died to Lake Brienz in this beautiful country on the far side of the world. May they all rest with God.”