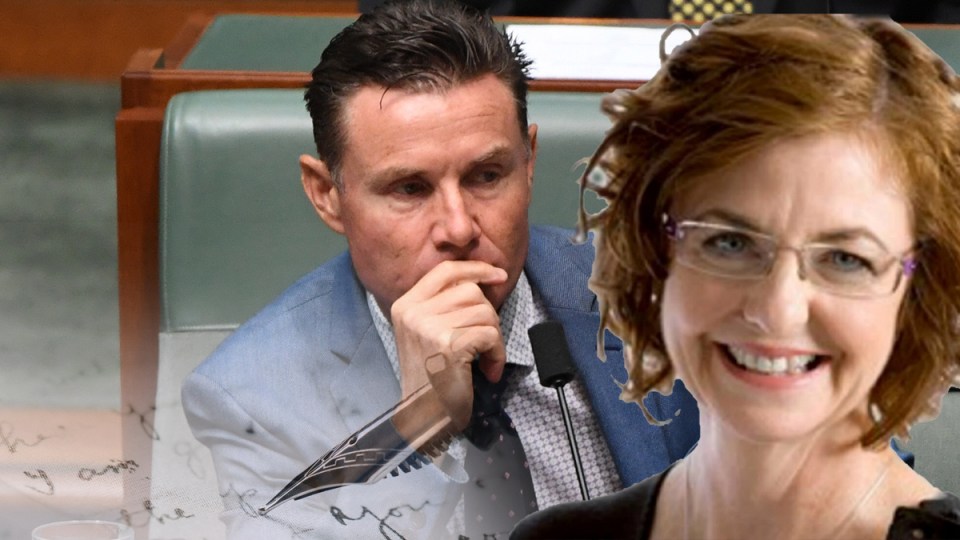 Andrew Laming needs to hand in his resignation letter. Here’s one penned by Madonna King that might help him out.

It’s with enormous reluctance that I tender my resignation from your team.

It’s a good team Scott, and I have boundless empathy – note I’ve learnt how to use that word already – with the criticism you are now copping.

God knows, I’ve copped my share over the years.

Even before you took over, I had the Australian Federal Police make a “routine’’ visit over Parliamentary entitlements.

I was cleared, of course. Now the Australian Electoral Commission is having a gander over dozens of Facebook pages some claim I operate under the guise of community and education groups.

Don’t we fund these jokers? You should have a look at that, Scott. I mean I’m doing my job for the voters of Bowman – especially the Liberal ones – and they’re chasing around after me, like I’m some sort of small-town criminal.

I have a medical degree, for God’s sake. A specialist’s qualification in ophthalmology! Three Masters’ degrees, including one from Harvard. And these dills think I shouldn’t be on Facebook?

Mind you, you have to be careful what you say if you use your own name on social media. I’ve now learnt that lesson several times.

The first time was almost a decade ago, in 2013, when Indigenous Australians and Pacific Islanders clashed in Logan, near Brisbane.

All I said was: “Mobs tearing up Logan tonight. Did any of them do a day’s work today, or was it business as usual and welfare on tap?’’

Well, didn’t that get a few panties in a knot; not that you can say that anymore.

I was totally misunderstood – like you are so often Scott – and when it was pointed out to me, I simply manned up, and corrected it. Can you say that now?

A year later, and it was a picture that got me in trouble. I simply joined in Australia Day celebrations by showing off one of my many talents – skolling a beer, while doing a handstand.

Imagine Albo standing on his head! The problem with Labor is they’re all boring. Most of them wouldn’t know how to skol a beer.

Anyway, people misunderstood the whole ‘entertainment’ factor, simply because earlier that week I was opposing reduced licensing hours and asked, on Facebook again: “Why should idiots remove my right to stay out late celebrating a special occasion?”

Is there a school for ‘context’, because surely that’s as important as empathy.

In retrospect, Snapchat might have been better than Facebook. Apparently what you say there disappears after 24 hours or something?

Or TikTok, because I like to vibe with the young voters.

Like the time in 2016, when I spent 11 hours on the Facebook page ‘The Simpsons Against the Liberals’. It was just a simple remark I made about having fewer PE teachers …

Most teachers vote Labor anyway. I proved that a few Januarys ago, when I asked whether teachers were back at work, or whether they were “still ‘lesson planning’ from home?’’

The Indigenous love Labor too. I tried to teach them otherwise, when I was working up in the NT as a doctor. But I’ve given up after being misunderstood again this year.

It was a comment about Australia Day, for God’s sake, not our Indigenous. I wonder if there’s a school for ‘nuance’?

Do these muppets know I also hold a diploma in obstetrics and gynaecology from the Royal College of Obstetricians and Gynaecologists?

Doesn’t that prove I understand women, Scott? And I know you do too, and that’s why I’m so empathetic – that’s the adjective from empathy – over what you are going through with this whole Brittany Higgins saga.

Mind you, if you are going to contact her, don’t do it on Facebook. It’s so easy to be misunderstood there.

Good luck at the next election Scott. I’ll be rooting for you, from my new medical digs.

But if you want someone to run your social media campaign, I know someone with heaps of experience …