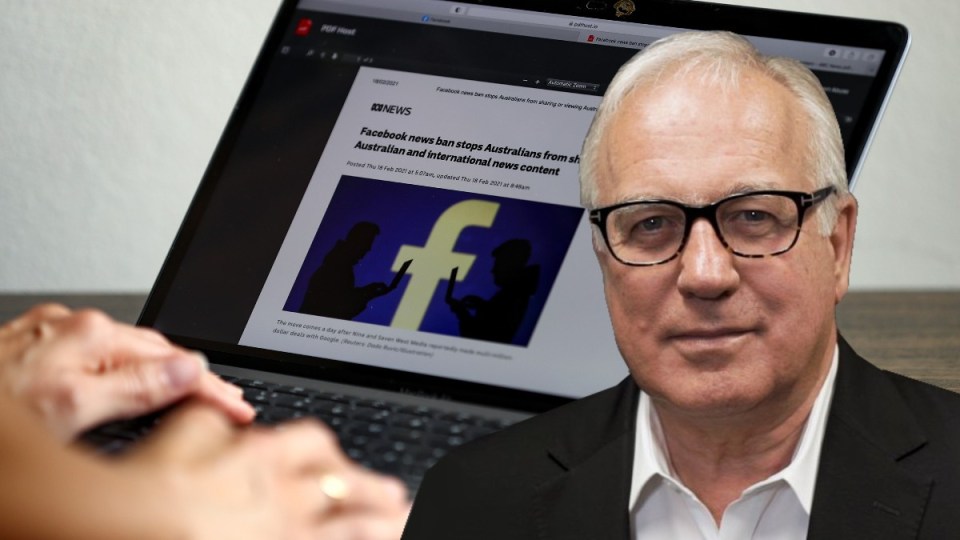 Treasurer Josh Frydenberg and Facebook CEO Mark Zuckerberg, and their staff, apparently spent the weekend negotiating, but Facebook users don’t know about it.

The Australian government volunteered to make the running in the global effort to regulate and tax Google and Facebook because the main incumbents in this country – Murdoch and Nine – carry more sway here than traditional media elsewhere.

Google and Facebook snuck up on all governments and their regulators, partly because it was peak neoliberalism and regulation was being rolled back everywhere, and partly because the people who were in charge only read newspapers and watched TV, and thought the internet was email.

So the two businesses became monopolies, very quickly – simply because they are two of the best products ever invented.

Then Google was allowed to buy YouTube and DoubleClick, giving it dominion over video and digital advertising as well as web search, and Facebook was allowed to absorb potential competitors, Instagram and WhatsApp.

American regulators under George W Bush and Barack Obama were asleep, and now the world is dealing with the first global, unregulated, private, tax-avoiding, monopoly utilities, in control of infrastructure used by almost everyone, everywhere, every day.

Attempts to regulate and tax them have been tentative and fruitless, their power and popularity too great.

Pre-emptively banning news on its platform in Australia, and doing it messily so that a whole lot of other things were banned as well, including some essential services, has probably locked the Australian government into not compromising – although they must have been talking about something over the weekend.

The world is watching. Former Facebook managing director in Australia, Stephen Scheeler, says the standoff between Facebook and Australia “could be the catalyst for genuine global reform”.

That’s because Facebook has torn off the mask of humble servant of the people and revealed itself as the unregulated, private, tax-avoiding, global monopoly villain it is, and has also shown that it can control what gets on its platform and take it down quick smart if it wants to.

Old-style media monopolists like Rupert Murdoch know that you always keep governments either onside or afraid of you, and you always do it locally, never from a distance. You never know when you might need them to bring in a news bargaining code.

Google, meanwhile, is sprinkling cash around, trying to buy off the publishers who helped write it.

It’s a transparent and cheap effort to keep a competitor at bay – that is, Microsoft, operator of the Bing search engine – but it might work. Money often does in business and politics.

Google is certainly showing Facebook how the game should have been played. This was always a shakedown, otherwise known as a commercial negotiation about money.

All Facebook had to do was cough up some cash and it could keep being an unregulated monopoly utility. But no, it had to go the biff. It has no competitor it doesn’t own.”

And it’s entirely possible now that Facebook and the news publishers will discover that they don’t really need each other.

CEO Mark Zuckerberg obviously doesn’t care whether material posted on its platform is true or not, and nor do the users apparently, so the fact that proper reporting won’t be there any more is unlikely to bother them.

Whether news publishers need Facebook and Google comes down to marketing budgets.

They’ve been slashed along with newsroom headcounts because of the impact of the internet, and in desperation the publishers are sleeping with their enemies trying to hold and increase audiences.

That’s because Google and Facebook are the cheapest, most efficient advertising vehicles by far – targeting the right consumers and doing it for far less cost than TV and newspapers.

In short, for media companies they are both killer and saviour.

It means the media business model has become largely a simple wholesale-retail arbitrage: You buy wholesale audience from Google and Facebook and then retail them to your advertisers for a margin, or charge them subscriptions.

The profit arithmetic is ARPU (average revenue per user) and/or CPM (cost per thousand page views of advertising) minus COA (cost of acquisition) and staff.

If Facebook is out of the picture as a media marketing tool, Google will get it all – unless of course Google also leaves town because its attempt to buy off the publishers fails and it keeps refusing to live with the bargaining code as written.

In which case, for media marketing managers it’s down to Bing and Twitter and letterbox drops.

Marketing costs will rise, but if the bargaining code passes, some money might flow the other way as well.