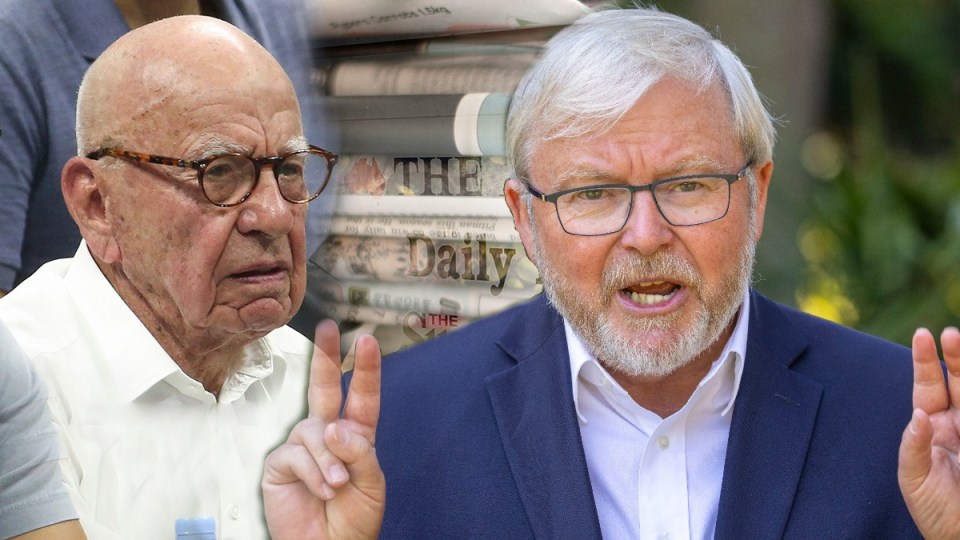 Former prime minister Kevin Rudd has called for Australians to resist the Murdoch media empire “culture of fear” and the emerging monopolies of Google and Facebook.

Proposed bargaining laws simply entrench the power and reach of the Murdoch media empire, he warned on Friday as a witness at a parliamentary inquiry into media diversity.

He called for Parliament to listen to the more than half a million people who had signed a petition calling for action.

“It’s not simply a random call for a royal commission. They know something is crook,” Mr Rudd said.

“The truth in this building is that everyone’s frightened of Murdoch.

“What the Murdoch mob is after is compliant politicians who won’t rock the boat.”

He says monopolies are wrong and lead to corruption that is buried, denied and not investigated, and also change behaviour over time that skew the national debate.

“The Murdoch media empire has campaigned viciously against one side of politics.”

Senior executives from News Corp and Nine Entertainment will also attend the hearing, arguing Australian consumers have access to diverse news and information, with very few readers accessing only one news brand.

They will argue one of the most efficient ways of supporting media diversity is to ensure the national news wire is properly resourced.

The competition watchdog has said its two key concerns about diversity are the impact of big platforms such as Google and Facebook and ensuring the viability of an independent national news wire.