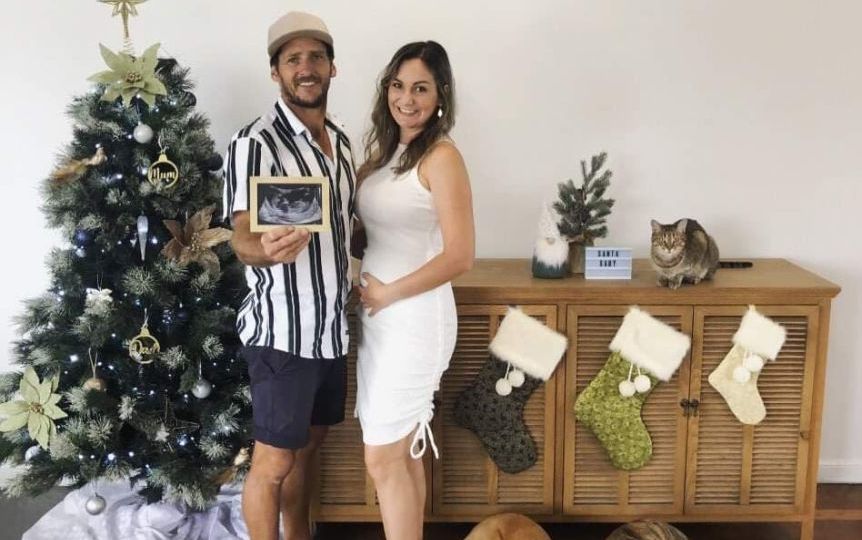 The tragic killing of an expectant couple again brings the age of criminal responsibility into the spotlight.
opinion

A Brisbane teenager, accused of at least two murders, is at the heart of a debate about how youth crime is dealt with in Australia.

Should a child under 18 be named when accused of heinous crimes?

At what age should a child even be held accountable for a crime they might commit?

The deaths of a couple and their unborn baby, while out on an afternoon Australia Day stroll, has brought the issue into focus in a timely way.

Katherine Leadbetter, 31 and Matthew Field, 37, were killed as they crossed a suburban Brisbane intersection, while taking their dogs for a walk.

The accused is a 17-year-old, now facing two counts of murder after allegedly running a red light in a stolen four-wheel drive and killing the couple.

Flagged is a further charge relating to their unborn child.

But the boy, who is also accused of fleeing the scene and attempting to steal a second car, has become the catalyst for a community debate about juvenile offender laws.

The debate includes the ‘catch and release’ method of dealing with teens, the effectiveness of bail, and the anonymity of those under 18 who appear in a Children’s Court.

The case comes as international calls become louder for Australia to raise the minimum age of criminal responsibility.

The Law Council has long argued that it be lifted from 10 to 14 – a move that would match international expectations.

Figures show about 600 children under the age of 14 are in Australian prisons each year. More than half of those are locked up, pending trial.

“It is unconscionable that in 2021 Australia, where a child under 13 years cannot sign up for a Facebook account; cannot board a plane unsupervised if under 12, but children as young as 10 can be found to be criminally responsible, charged with a crime and kept in detention,’’ Law Council president Dr Jacoba Brasch, QC, said last week.

Dr Brasch rightly points out evidence that suggests a low minimal age of criminal responsibility of 10 years old does not work.

“It does not make our communities safer, because it fails to prevent reoffending or to rehabilitate children,’’ she said.

Many agree with her.

But what’s missing from this debate is community expectations and any consideration of how the laws might be applied in a world so different from when they were made.

Dropping the age of criminal responsibility is a hard argument to win when headlines routinely show the impact of juvenile crime on our community – and when those under 18 are also able to be ‘adult’ in so many other areas of their lives.

At 13, they can have have a social media account and unsupervised contact with the rest of the world.

At 14, we trust them to have part-time jobs, and deal with tricky consumers.

They can leave school at 15.

At 16, they can give consent to sexual activity,  drive while supervised, and access some Centrelink payments.

At 17, children can drive a car alone and join the army.

So is it reasonable to say a 17-year-old accused of murder should appear in a Children’s Court, and have his name protected?

In Queensland, the answer today is a resound ‘no’.

This is an issue that shouldn’t be just about age – and the answer is surely in implementing a more malleable application of the laws.

We need to acknowledge the overrepresentation of Aboriginal children in jail and the plight of children who are homeless and embarking on crime as a means of survival.

Is it beyond our legal system to do that; to apply the innovation that has disrupted so many other areas of our lives to the legal system, to mould a better outcome?

But any change has to carry the community with it.

“To have them ripped away from their family is a tragedy.’’

A tragedy for the couple, and the life stolen from them, their families and community.

The paramedics who tried desperately to bring them back to life.

The police officers who apprehended the accused.

And even the teenager, who now is front and centre of a debate that should forge sensible change.