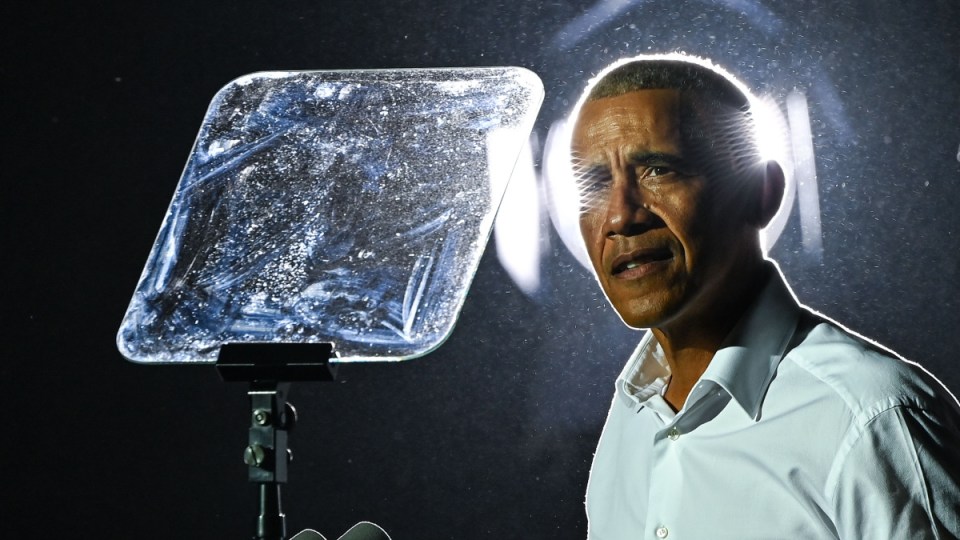 Former US president Barack Obama has spoken of the mammoth task ahead of Joe Biden when he takes over in January, reversing a culture of “truth decay” that has divided the US.

Mr Obama told the CBS that the US faces a huge task in reversing the culture of “crazy conspiracy theories” that have exacerbated divides in the country.

He said Mr Biden’s victory in the 2020 election was just the start of healing that the US needed.

“It’ll take more than one election to reverse those trends,” he said.

Mr Obama reflected on a host of topics from his upcoming memoir in the interview and in others with CBS hosts Gayle King and Scott Pelley on Sunday night (local time).

Speaking from the National Portrait Gallery in Washington, Mr Obama talked of his own experiences in the White House and brushed off President Donald Trump’s rebellion against the results of the November 3 election.

He repeated the claims to Pelley later in the day, saying it was time for Mr Trump to leave.

“A president is a public servant. They are temporary occupants of the office by design. And when your time is up, then it is your job to put the country first, and think beyond your own ego and your own interest and your own disappointments,” Mr Obama said.

“My advice to President Trump is if you want, at this late stage in the game, to be remembered as somebody who put country first, it’s time for you to do the same thing.”

But he also told the BBC that tackling a polarised nation such as the US could not be left just to politicians. It also required structural change and people listening to one another – agreeing on a “common set of facts” before arguing what to do about them.

Anger and resentment between rural and urban Americans, immigration, injustices and “the kinds of crazy conspiracy theories – what some have called truth decay” had been amplified by some US media outlets and “turbocharged by social media”, Mr Obama told BBC Arts.

“What we’ve seen is what some people call ‘truth decay’ – something that has been accelerated by outgoing President Trump,” Mr Obama added.

“In the sense that not only do we not have to tell the truth, but the truth doesn’t even matter.”

The spread of misinformation online had also contributed, he said.

Mr Obama has become increasingly vocal about the presidency in recent months, speaking out against Mr Trump and in support of Mr Biden – his former vic-president.

But, despite growing speculation, he ruled out taking a seat in Mr Biden’s cabinet.

“Michelle would leave me,” he joked of the former first lady, who he said didn’t want him to run for president in the first place.

PM confirms death of Australian who was providing humanitarian aid in Ukraine
‘Greenslide continues’ as party snatches seat of Brisbane from the Liberals
Drenched in her friend’s blood, 11-year-old survived Texas massacre by playing dead
Renewed Russian attacks threaten Ukraine’s last toehold in east
Fiji’s PM lauds Penny Wong – and takes a subtle swipe at Morrison
‘No excuse’: Texas safety boss says police made the ‘wrong decision’ at school shooting
Larry Hackett: If Trumpism is a virus where was it seeded?
Today's Stories