It sounds like the start of a joke involving walking into a bar, but the unlikely trio of Donald Trump, Teddy Roosevelt and our very own Craig Kelly have something in common that will be a major determinant of American politics – and therefore of global importance – for the rest of the decade.

No, it’s not merely the size of their egos, though Alice Roosevelt’s description of her father echoes: “He wanted to be the corpse at every funeral, the bride at every wedding and the baby at every christening.”

The link is what Roosevelt did to the Republican Party in 1912, what Kelly has threatened to do to the Liberal Party, and what Trump could very well do over the next four years.

As Trump departs the White House and Joe Biden is sworn in tonight our time, acres of newsprint and days of chat shows are being devoted to what will become of the Republicans.

The many rats deserting the Trump barge and whatever is left of decency in the GOP are searching for a path out of the muck they embraced.

But Trump’s control of the Republican Party is only over if he doesn’t want it any more.

Any chance of Republican revival will depend on Trump not doing what Craig Kelly does – ‘political terrorism’, as Malcolm Turnbull called it, threatening to blow the place up if his petty needs aren’t met.

If the Trump gang does not choose to exit politics altogether, the ego-driven threat is there to wreck the party if he can’t run it, splitting its vote and ensuring at least eight years of Democrat presidency.

It is what Theodore Roosevelt did in 1912 when he decided to go back into politics but failed to regain the Republican presidential nomination from the incumbent, William Taft.

After being an enormously popular and successful president (as long as you don’t mind imperialists) from 1901 to 1909, Roosevelt formed the “Bull Moose” Progressive Party and in less than five months was able to win a greater share of the popular vote than Taft, 27.4 per cent to 23.2 per cent, plus 88 electoral college votes to Taft’s eight.

But that split let the Democrats’ Woodrow Wilson win with 41.8 per cent of the popular vote and a landslide 435 members of the college.

The loyalty and engagement of Trump’s base is demonstrated by the polls showing they still believe and support their cult leader.

It is vastly stronger than the threat of Craig Kelly resigning from the Liberal Party, though that is enough to cower fragile leadership and ensure ratbag government here.

The Republican Party remaining Trumpian, either through the Toddler King himself or a child proxy, would cement America’s divisions and prevent the hoped-for return to “normal”.

And a diminished but still divisive Republican Party with the likelihood of a lengthy Democrat administration would not be the most comfortable outcome for Australia’s Coalition government.

Having gone all the way with Donald J and then a bit further, Scott Morrison doesn’t need the populist to be a continuing presence as Australia tries to reconnect with the Democrats.

The Liberal-GOP relationship is such that Senator Andrew Bragg called the Trump Republicans “our sister party” in his 2019 maiden speech.

The weird thing is that, on an objective ranking, the Liberal Party arguably is to the left of the Democrats on the political spectrum and closer to them than to the Republicans further out on the right.

The aping of Republican theology seems more aspirational for our local conservatives than a matter of delivered policy, a matter of where they would like to take the Coalition than where it has been.

That’s an uncomfortable thought as America continues to slide, as it fails to find a way to deal with “the seeds of Trumpism”, as fund manager Mike Mangan headlined a graph showing the surge of homelessness in New York. 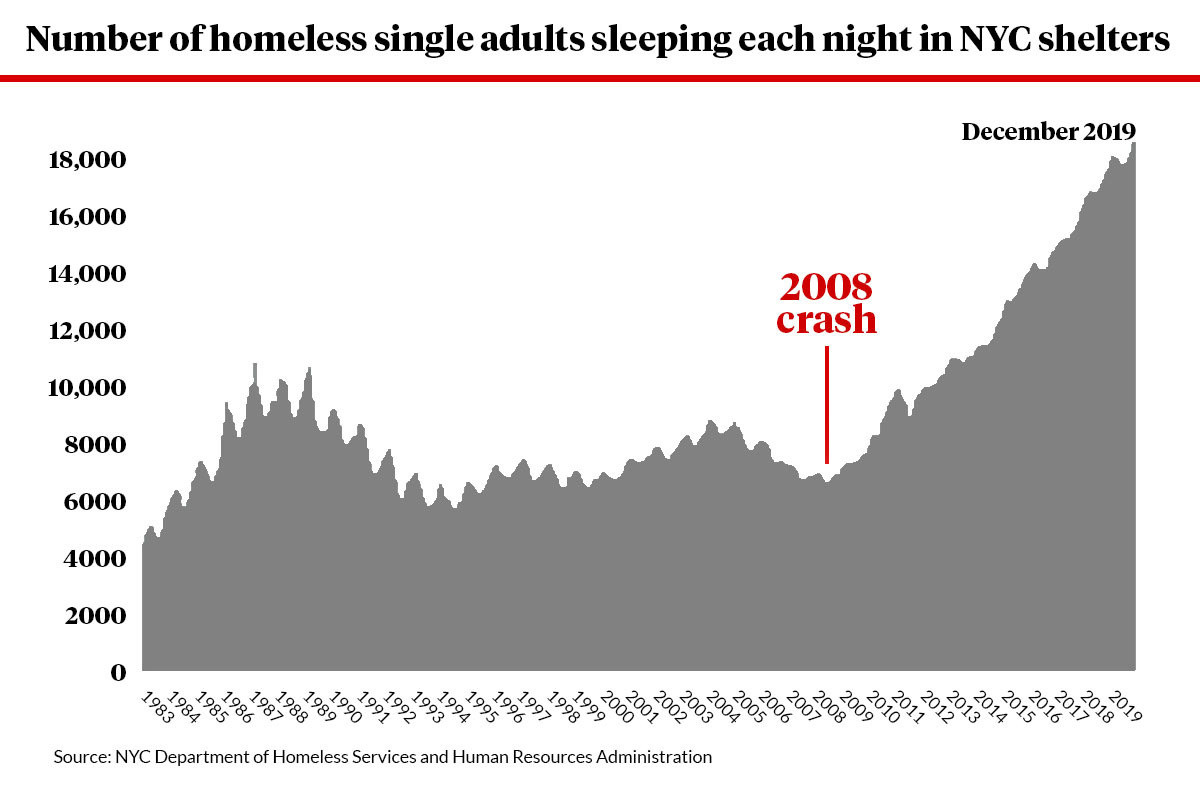 I’ve quoted Mr Mangan and his concern about sharply worsening American inequality before. Last week he described the Trumpists’ coup attempt as an ‘amateur hour’ effort.

“That’s primarily because Trump maintained ‘plausible deniability’,” he wrote. “Whilst happy to ‘gee up’ the mob, he hoped to keep his distance from the actual act,” Mr Mangan wrote.

“As displayed across his entire career, he relied on ‘Useful Idiots’ to do the hard yards. If they succeeded, he could march in and reap the rewards. It’s an evil genius most of us still fail to grasp.

After all the hand wringing from the failed coup, the fundamental problem with US capitalism remains: Gross inequality is totally incompatible with democracy. You can have one or you can have the other, but you can’t have both simultaneously.

“In 2018 Deutsche Bank calculated about 30 per cent of Americans had negative wealth. The world’s richest country has 100 million folks effectively underwater. It’s so dumb, politically as well as economically.

“According to the US Fed, 40 per cent of Americans can’t find $US400 in an emergency without selling something or borrowing – about 130 million Americans clearly living from pay packet to pay packet. Economic and political insanity!

“By contrast a handful of men are worth tens, even hundreds of billions. Their temptation to tilt the politics in their favour is overwhelming. So the fundamental problem with American capitalism remains: Gross inequality in a so-called democracy. Until you fix one, you can’t fix the other. It’s not economics. They don’t teach it in business school. But it is a basic law of human nature.

“The left wing of the Democratic Party intuitively understand it. Bernie Sanders, Liz Warren, even AOC have long seen the problem. Biden and the Democratic Establishment are oblivious. Hell will freeze over before Republicans ‘get it’.

Until inequality is solved, Trumpism won’t be. Trump may go, but unless current economic and monetary settings are adjusted, a far more competent autocrat will emerge in the future.

“If anything the Trump presidency has provided a demonstration into ‘how to’ do that.”

America probably was unlucky Teddy Roosevelt didn’t win in 1912 with his progressive policies.

American journalist Anne Applebaum and others have argued the US was fortunate in one way with Trump.

“We’re lucky we got that kind of autocrat who didn’t know how government works,” Ms Applebaum has said.

“He could have done a lot more damage if he understood what he was doing.”

A smarter autocrat having learned from Trump’s mistakes is a scary thought indeed.

Trump not departing politics, blackmailing the GOP with the threat of splitting it, would keep the ground well prepared for another populist attempt.