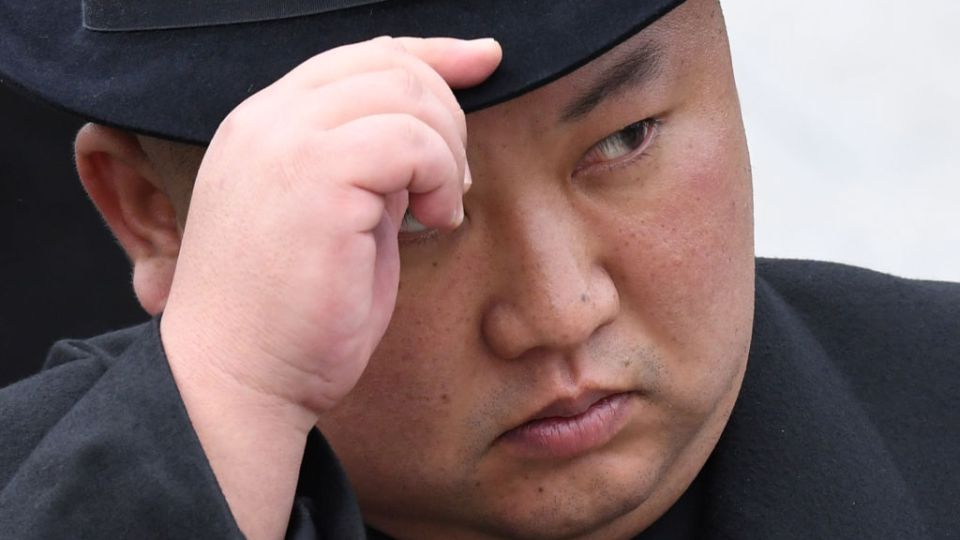 There had been speculation about Kim Jong Un's health. On Sunday, he reappeared for the first time in three weeks for a military meeting. Photo: Getty

North Korea’s vanishing leader Kim Jong-un is reportedly still kicking despite not being sighted for more than two weeks amid speculation he may be dead or close to it.

Some possible signs of life have emerged after North Korean state media carried comments from Kim thanking workers who had built houses in the northern city of Samjiyon.

But the report by South Korean news agency Yonhap also noted the North Korean media did not disclose Kim’s location or include any images.

Meanwhile, South Korea’s foreign affairs adviser to the president Moon Chung has told American news outlets Fox and CNN that the 36-year-old is alive and well.

“Kim Jong Un is alive and well. He has been staying in the Wonsan area since April 13. No suspicious movements have so far been detected.”

Wonsan is a city that has a compound where the North Korean leader regularly stays.

However, none of that information has been verified out of North Korea.

Earlier this month, a South Korean report claimed Mr Kim had to undergo heart surgery and his conspicuous absence from some key events afterwards – including his late grandfather’s birthday ceremony on April 15 – fuelled speculation about his fate.

The information that the leader is staying in Wonsan would jibe with a weekend report from the North Korean monitoring website 38 North, which showed that a train believed to belong to Mr Kim is parked in the city.

According to the Washington-based monitoring group, satellite imagery showed the 250-metre train parked at the Leadership Railway Station, which is “reserved for use by the Kim family”.

CNN reported last week that the US was looking into intelligence that Mr Kim was in “grave danger” following surgery, however this was later denied by President Donald Trump.

South Korean officials in Seoul also disputed the reports, saying there have been no unusual signs from the North and Mr Kim is presumed to be staying in Wonsan for unspecified reasons, news agency Yonhap reported on Sunday.