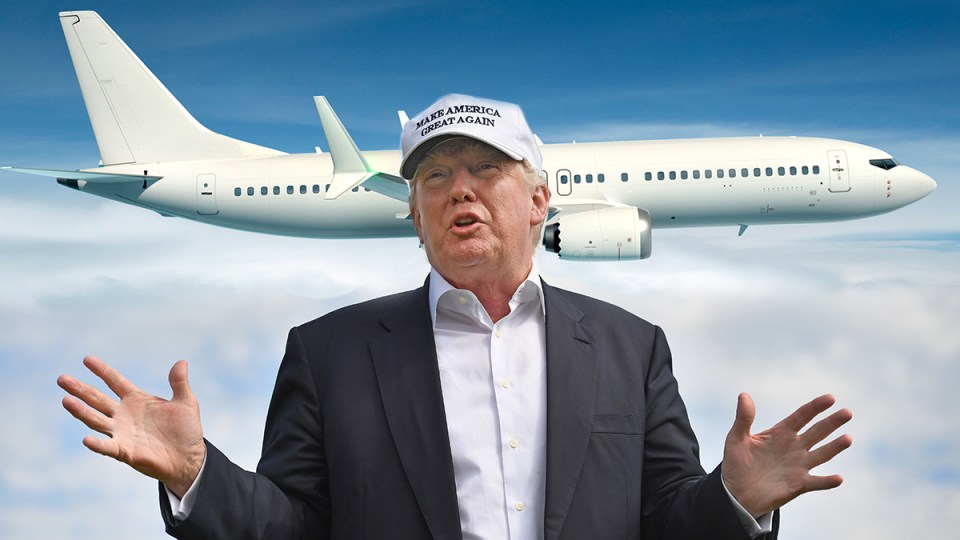 Boeing might've had a horror 12 months, but it won't be permanently grounded, thanks to Donald Trump. Photo: TND

Boeing is at a standstill as unwanted planes sit idle in warehouses while its 737 MAX aircraft approach their 12-month grounding anniversary.

The fallout from two fatal crashes that claimed a total of 346 lives is costing the company a widely rumoured $41.6 billion in lost sales and settlements.

On Saturday, a former Boeing manager revealed how he urged the company to halt the 737 MAX production because of reoccurring safety concerns.

“Something happened in the translation from, ‘let’s build a high-quality, safe product’ to ‘let’s get it done on time,’” ex-Boeing senior manager Ed Pierson told the ABC.

Airlines are avoiding the US manufacturer like never before even as main rival Airbus struggles to build enough aircraft to meet demand. Qantas recently chose Airbus to fly its flagship long-haul flights between Australia’s eastern capitals and New York and London.

While the aerospace giant’s civil aviation division has been hit and hit hard, Boeing’s military wing hasn’t felt any impact from 2019 – the company’s worst year on record, when it recorded 87 cancelled contracts while Airbus added 768 new orders.

Just six months ago, it locked in a $1 billion USD contract to replace more than 100 wings for aircraft within the US military’s fleet.

“Trump is throwing money hand-over-fist to build up the American forces … and military forces are not very cost-conscious because governments fund them very well,” Professor Bamber said.

So, despite Boeing posting a $636 million USD loss in 2019 – its first since the early 1990s – it has billions of dollars in Pentagon contracts to balance the books as Mr Trump’s pursues his fixation on strengthening the US’s defence forces, Professor Bamber said.

Despite the bad publicity, Boeing is so comfortable that it has even sought to extend its civil aviation ventures. Less than 12 months ago it entered agreements with Brazilian manufacturer Embraer to taqke an 80 per cent stake in the company, which specialises in small to medium aircraft fit for regional routes. That deal was approved last week.

Embraer is the third-largest manufacturer of civil aircraft, Professor Bamber said, and allows Boeing to expand its offerings, showing the company’s confidence that it’s not going anywhere soon, least of all into bankruptcy,

Boeing began as a company in 1916 and built a solid reputation for manufacturing integrity and reliability – a history the 2019 catastrophes stained with failure and corporate scandal.

While Professor Bamber said it has lost both face and trust over the past 12 months, Swinburne University aviation expert Peter Bruce agreed the brand is simply too big to fail – with or without its lifeline of military contracts.

“They’re a good company with a lot of good products,” Dr Bruce told The New Daily, adding that while it will take “some months yet” for Boeing to recover from the 737 MAX debacle there is no doubt it will bounce back as a manufacturer.

However, there’s still no concrete timeline on when the trouble-plagued 737 MAXs will return to the skies – and who will fly in them when they do.

“They’ve lost the trust of not just airlines but pilots and the general public,” Professor Bamber noted..

If it goes on much longer, Professor Bamber  believes it is entirely possible  Boeing will choose to separate the civil aviation arm from its other endeavours.

Boeing merged with US aerospace giant McDonnell Douglas in 1997, so it’s not without precedent that it would engage in another sweeping corporate reorganisation, Professor Bamber said.

Boeing won’t fail, the theory goes, because it means too much to Donald Trump