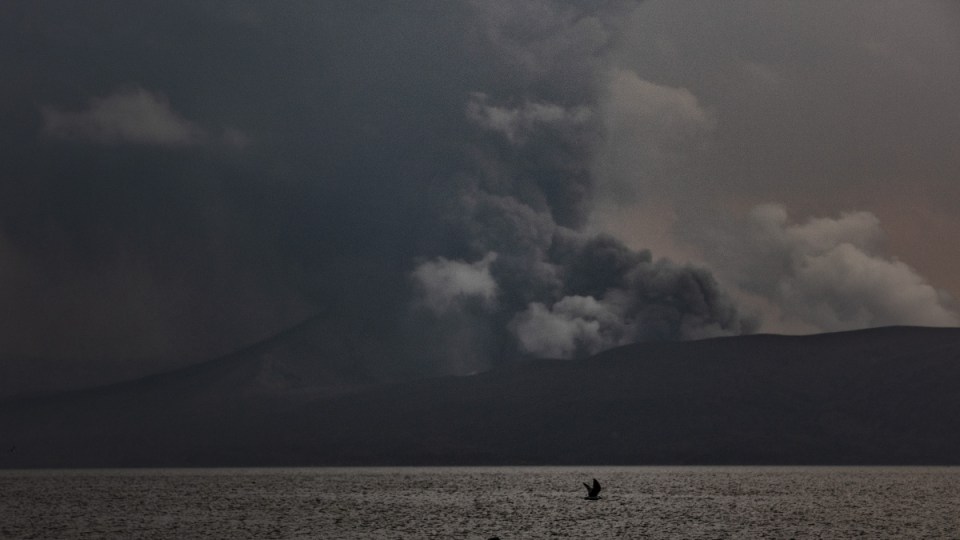 An Australian caught up in a Philippines volcano eruption has described the experience as “surreal” after ash clouds engulfed the town he was visiting.

Brisbane deputy principal Liam Beatty was returning from his cousin’s wedding in Lipa City on Sunday when Taal volcano erupted for the first time since 1977.

The volcano began spewing ash and steam and 45,000 people were evacuated from surrounding areas, while officials say 200,000 more residents could be forced to flee if the eruption worsens.

Mr Beatty is staying with family in Tanuan – parts of which have been evacuated – just 14km from the volcano and 66km south of Manila.

“The clouds got bigger and darker as it grew and you could hear thunder and see lightning coming from within the volcano itself,” Mr Beatty said.

“It looks like massive storm clouds forming which then gradually take over the whole sky. Then the ash came down – it became black even though it was still afternoon.

“The only thing I can compare it to is snowfall. It’s not hot and doesn’t hurt or anything but you can feel it.”

Roads, houses, vehicles, trees and other infrastructure were covered in ash that transformed into sludge following rainfall.

At least 144 volcanic earthquakes have been recorded since Sunday, with 44 of the tremors felt at various intensities.

“I woke up around 3:30am and felt them go through. There was nothing falling off the shelves but tables were shaking enough to know it was an earthquake,” Mr Beatty said.

“It’s been pretty surreal being here, it’s a similar feeling to the eeriness around town during the 2011 Brisbane floods.

“It was pretty lucky the wedding was the day before because it would have been covered in smoke and ash.”

Mr Beatty has been to Taal volcano on previous visits but “never imagined” he’d witness it erupting. He said the locals’ pragmatic approach helped him remain calm.

“The Philippines is pretty chilled. They don’t get too stressed about things so nobody was in panic stations like me, but there was obviously still concern,” he said.

“Tanuan is a growing town but it’s still very basic. Cleaning the sludge off roofs became really important because some people live in shanties which could easily have collapsed.”

Manila’s international airport resumed partial operations at noon on Monday, after closing on Sunday due to falling ash.

Face masks are required to combat the hazardous air in the area.