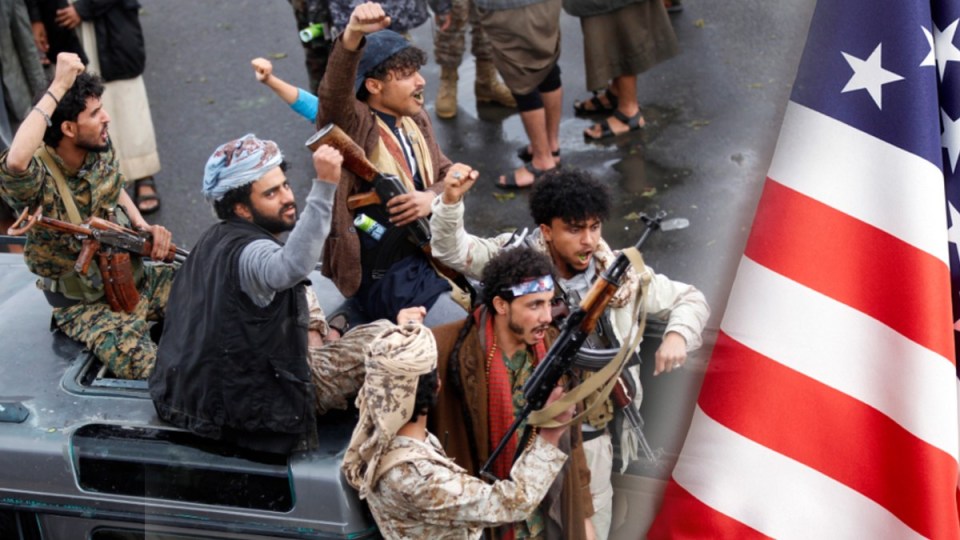 US President Donald Trump rejected a public address, but took to Twitter saying “all is well!” after Iran fired more than a dozen ballistic missiles targeting American troops in Iraq.

Mr Trump tweeted “so far, so good”, despite threats of Iranian terror attacks on American soil and a major lurch toward war between the US and Iran.

The missile strikes on two US military bases were the most dangerous development in the brewing conflict in the Middle East.

While there were no immediate reports of US casualties, an Iraqi security source was quoted by CNN as reporting several Iraqi casualties at Ain al-Asad airbase following the attack.

The missiles were launched in retaliation for a US drone strike that killed Iran’s top commander in Baghdad last week, Iranian official news media said on Wednesday.

Mr Trump said an assessment of casualties and the damage was underway.

“We have the most powerful and well equipped military anywhere in the world, by far!” he said.

He said he will make an official statement on Thursday morning (US time).

All is well! Missiles launched from Iran at two military bases located in Iraq. Assessment of casualties & damages taking place now. So far, so good! We have the most powerful and well equipped military anywhere in the world, by far! I will be making a statement tomorrow morning.

Iran’s foreign minister, Javad Zarif, said his country’s response to General Qassem Soleimani’s assassination was proportional, and that he did not want the situation to escalate.

Iran took & concluded proportionate measures in self-defense under Article 51 of UN Charter targeting base from which cowardly armed attack against our citizens & senior officials were launched.

We do not seek escalation or war, but will defend ourselves against any aggression.

State media have reported senior Iranian officials have promised not to launch any more attacks as long as America does not retaliate.

The branch of Iran’s armed forces behind the attacks, which came in two waves, has threatened to target the cities of Dubai, United Arab Emirates, and Haifa in Israel, if bombs are dropped on Iranian soil.

It also warned that if the United States responds with violence in Iran, then “this time we will respond to you in America”.

The second round of attacks started an hour after the first missile launches, Tehran-based Tasnim news agency reported.

The Pentagon confirmed that Iran launched more than a dozen missiles at US military and coalition forces in Iraq.

“It is clear that these missiles were launched from Iran and targeted at least two Iraqi military bases hosting US military and coalition personnel at Al-Assad and Irbil,” Jonathan Hoffman, assistant to the Secretary of Defense for Public Affairs, said in a statement.

Tensions between the US and Iran have been steadily escalating since 2018, when Mr Trump pulled out of the Iran nuclear deal and reimposed tough new economic sanctions on the Islamic Republic.

The Iran nuclear deal was crucial to boosting stability in the Middle East because it forced Iran to reduce its uranium stockpile (used in nuclear weapons) in exchange for global powers lifting restrictions on the country’s trade.

Mr Hoffman said US troops in the region had been on high alert “due to indications that the Iranian regime planned to attack our forces and interests in the region”.

“As we evaluate the situation and our response, we will take all necessary measures to protect and defend US personnel, partners, and allies in the region,” the Pentagon said.

Prime Minister Scott Morrison responded to the crisis by directing the Chief of the Defence Force, General Angus Campbell, to “take whatever actions are necessary to protect and defend our ADF and diplomatic personnel and keep Australians safe”.

“The government is closely monitoring the unfolding events in Iraq,” the prime minister’s office said in a statement.

MrMorrison and Defence Minister Linda Reynolds will meet with Cabinet colleagues on Thursday to decide the fate of Australian troops and diplomatic staff stationed in Iraq.

He revealed he had discussed operations in Iraq with Mr Trump on Tuesday after the assassination of General Soleimani.

Mr Morrison confirmed Australia’s plans would be heavily influenced by the US response.

“We will work continually closely with them,” he said.

Ain Assad air base in Iraq’s western Anbar province was one of the installations targeted.

The base was first used by American forces after the 2003 US-led invasion that toppled dictator Saddam Hussein.

It later saw American troops stationed there amid the fight against the Islamic State group in Iraq and Syria.

“The time has come to fulfil the promise of the sincere and with the permission of God Almighty this morning in response to the criminal and terrorist operations of the American invaders,” it read.

Amber Heard’s sister and friend give evidence
‘Should have been a penalty’: Boy crash-tackled by PM gives his verdict
Apple sued over ‘ear shattering’ AirPods alert
Russian Google to file for bankruptcy
Man arrested at NSW school for bestiality
Concern about COVID-19 deaths in aged care
Doctors at San Diego Zoo perform first cataract surgery on a gorilla
Today's Stories

‘All is well’: Trump responds to Iran missile attacks on bases housing US troops