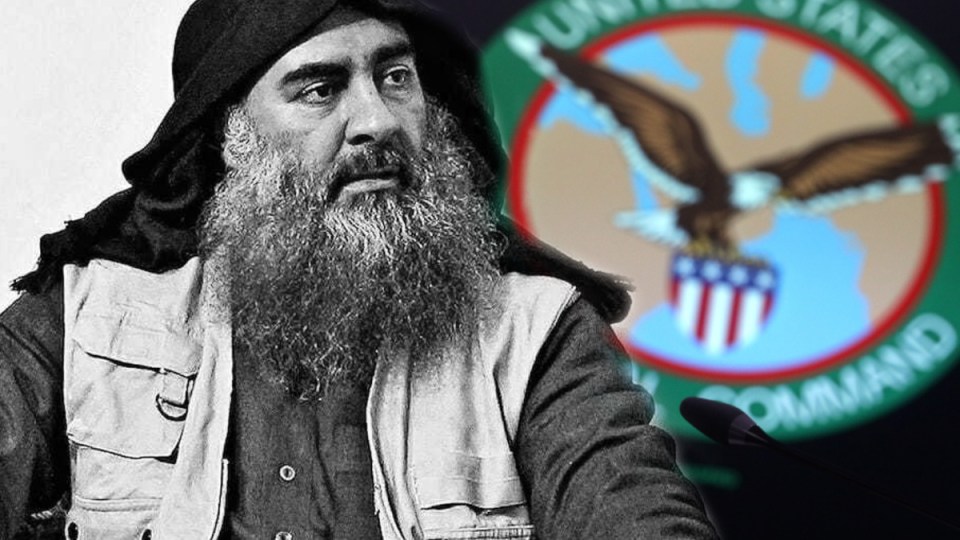 ISIS has a message for the USA as it confirmed its leader was dead. Photo: Getty

The Islamic State group has found its next leader just days after Abu Bakr al-Baghdadi died in a US-led raid, while warning Donald Trump it will seek revenge.

But who exactly the successor is remains unknown, with the group’s media arm traditionally releasing a pseudonym or “war name” while trying to keep real identities secret from enemies.

Intelligence agencies will now be working to identify the new Jihadist leader, in order to understand the threat level and how the leadership change will play out.

“It is possible that it is someone from IS who is already known, but going under a new name,” he said.

“All we know for sure is that he is claiming Qurayshi lineage to bolster ‘caliph credentials’ and is definitely a veteran of the organisation.”

IS would confirm only that the new Caliph was a scholar, a well-known warrior and “emir of war” who has battled American forces and knows “its wars”.

It comes after the US president bragged about how US troops and dogs had cornered al-Baghdadi during a raid at the weekend before the 48-year-old world’s “most wanted” man detonated a bomb, killing himself and two children.

In a seven minute recording released early Friday morning, an IS spokesman described Mr Trump as a “crazy old man” and warned they would seek vengence.

Who is al-Hajj Abdullah?

Also known as Amir Muhammad Sa’id Abdal Rahman al-Mawla, with Hajji Abdallah among his other aliases, the senior IS figure is listed as wanted by the US State Department’s Rewards for Justice program.

In August, the US offered a $5 million reward for information about the man they said was a religious scholar in IS’s predecessor organisation al-Qa’ida in Iraq.

“As one of ISIS’s most senior ideologues, Hajji ‘Abdallah helped drive and justify the abduction, slaughter, and trafficking of the Yazidi religious minority in northwest Iraq and is believed to oversee some of the group’s global terrorist operations,” the department said.

Following the weekend’s raid in northern Syria, President Donald Trump tweeted that “Abu Bakr al-Baghdadi’s number one replacement has been terminated by American troops.”
He said that number two “most likely would have taken the top spot – Now he is also dead!”
A US official told CNN Mr Trump was referring to ISIS spokesman Abu Hasan al-Muhajir, who – according to the Syrian Democratic Forces– was killed in a different part of northern Syria than where Baghdadi died.
But while that figure was a prominent part of the propaganda effort, analysts believe al-Hajj Abdullah would be the most likely successor.

In audio released by the IS central media arm al-Furqan Foundation, a new spokesman for IS identifies the successor as Abu Ibrahim al-Hashimi al-Qurayshi – tracing his lineage, like al-Baghdadi, to the Prophet Mohammed’s Quraysh tribe.

It provided no other details about al-Qurayshi.

The group typically identifies its leaders using noms de guerre that refer to their tribal affiliation and lineage. Those names often change.

The speaker in the audio also confirmed the death of Abu Hassan al-Muhajir.

Al-Muhajir was killed in a joint US operation with Kurdish forces in Jarablus in northern Syria on Sunday. His death came hours after al-Baghdadi detonated a suicide vest as he was cornered by US military during a rain on a compound in Syria’s northwest Idlib province.

It followed the president’s dramatic announcement on the raid and subsequent death of al-Baghdadi, in which he claimed the IS leader had been “whimpering” and “died like a dog”.

The killings were a double blow to the extremist group, nearly seven months after its territorial defeat in Syria.

“So don’t rejoice America for the death of Sheik al-Baghdadi,” the speaker said.

“Don’t you know America that the state (IS) today is at the doorstep of Europe and is in Central Africa? It is also expanding and remaining from east to west.”