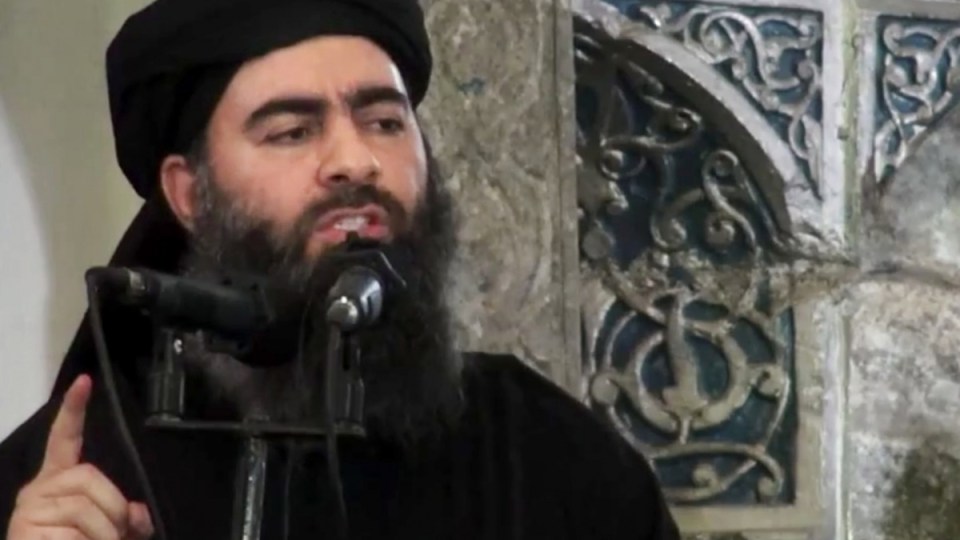 He said on Sunday the US began receiving intelligence on the whereabouts of al-Baghdadi about a month ago, including some “helpful” information from the Kurds.

Sources have also confirmed to The New York Times that al-Baghdadi’s location in Idlib was confirmed as far back as early July, after his wife and courier were arrested.

2. Back in the summer, two people were arrested that led the CIA to flesh out the terror chieftain’s location: His courier & one of his wives. They provided details that combined with other intel allowed the CIA to hone in on a compound in Idlib – but it was too dangerous to go.

US intelligence officials were able to “scope out” al-Baghdadi’s exact location a fortnight ago.

Mr Trump became aware of the planned raid three days ago. Vice-President Mike Pence has told CBS that Saturday’s operation was approved by the President in the morning, after he received “actionable intelligence”.

As part of the plan, the US had to secure permission from Russia, Iraq and Turkey to fly over their airspace, according to Mr Trump and US national security adviser Robert O’Brien. Mr Trump said the White House did not disclose the nature of the operation to Russia but told Russian officials they would “like” it.

On Saturday, Mr Trump arrived back at the White House at 4.30pm local time (10.30pm in Syria) after a round of golf in Virginia, according to his official schedule.

The first public hint of a major event came late that night, via Mr Trump’s favourite mode of communication:

Something very big has just happened!

It was shortly followed by reports that Mr Trump would make what was described as a “major statement” in Washington early on Sunday.

Mr Trump said later he had made his tweet as soon as American forces landed safely in a third country.

However, he said he did not follow convention in informing other leaders – including House Speaker Nancy Pelosi – before the raid, saying he was fearful of leaks.

Earlier, about 5pm (local time), the President had gathered in the White House situation room with Mr Pence, Defence Secretary Mark Esper, Mr O’Brien, and other intelligence officials. They watched the raid unfold live “as if you were watching a movie”, said Mr Trump.

Moments after they gathered, US military personnel and military dogs lifted off in eight helicopters from an unidentified military base in the Middle East, the President said. The personnel came from the Delta Force, one of the US’s special units mainly focused on counter-terrorism and often deployed to capture high-value targets.

A US official told Reuters the operation was staged from an air base in western Iraq.

The on-the-ground operation in the Idlib region of Syria was supported by military aircraft and ships, Mr Trump said. The soldiers were also equipped with a military robot but did not ultimately use it.

Upon approaching al-Baghdadi’s compound, the helicopters came under gunfire but US forces were able to quickly suppress the assault and land safely.

Believing the main compound door to be booby trapped, they entered in just seconds by blasting through the wall, Mr Trump said.

“We were getting full reports on a minute-by-minute basis,” he added.

US forces quickly cleared the compound “with people either surrendering or being shot and killed”, the President said.

Eleven children were removed, uninjured, and taken into care by a third party whom the President declined to name. US soldiers captured and later imprisoned several Islamic State fighters.

Al-Baghdadi fled into a underground area of the complex and into a tunnel, dragging three of his young children with him.

Mr Esper told CNN’s Jake Tapper on Sunday that US forces called for al-Baghdadi to surrender but the world’s most wanted man refused.

Chased by the dogs and confronted by a dead end, al-Baghdadi – “whimpering and crying and screaming,” according to Mr Trump – ignited his suicide vest, killing himself and his children, and causing the tunnel to collapse. No military personnel were hurt although one dog was badly injured.

With al-Baghdadi’s body “mutilated by the blasts”, US forces used a DNA test on site to confirm his identity in about 15 minutes.

“The test results gave certain, immediate and totally positive identification. It was him,” Mr Trump said.

Speaking to NBC News on Sunday, Mr O’Brien said: “We were in the situation room. And the commander of the mission called and said, ‘100 per cent confidence, jackpot’.”

The soldiers proceeded to search the compound, taking “highly sensitive material”, including information on IS’s origins and its future plans.

In total, US forces were in the compound for about two hours before flying back out via the same route they flew in.

Mr Trump has said he might order the release of the video so the world knows al-Baghdadi did not die a hero and spent his final moments “crying, “whimpering” and “screaming”.

Al-Baghdadi’s body will be “disposed of properly”, Mr O’Brien said, adding that he expected it to be the same protocol followed in 2011 for Osama bin Laden.

The al-Qaeda leader was buried at sea after US officials consulted with experts in Islamic law and ritual.