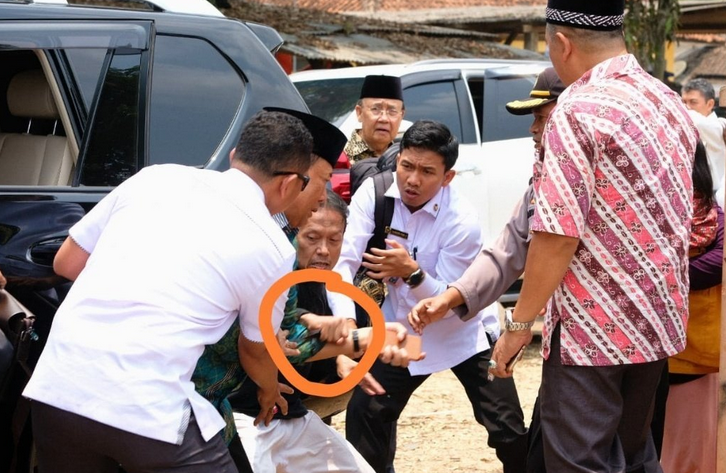 Former general Wiranto, 72, was stepping out of a car when a man and a woman attacked him and two other people with him during a visit to the town of Pandeglang in Banten province on Thursday.

The attack was witnessed by villagers and children who were there to greet the minister.

“He talked to me and said he wanted to be discharged soon to take part in [cabinet] meetings.”

The attack occurred when #Wiranto had just gotten out of the car to board a helicopter to Jakartapic.twitter.com/ENZj2i5SDO

Wiranto, a former armed forces commander, was airlifted to Jakarta’s Central Army Hospital after suffering two deep wounds to his abdomen in the attack.

Police said the attackers, believed to a married couple identified as Syahril Alamsyah and Fitri Andriana, were suspected to be members of Jamaah Ansharut Daulah, said to be a local affiliate of the Islamic State militant group.

Syahril had been under surveillance for three months by security authorities before the attack, State Intelligence Agency chief Budi Gunawan said late Thursday.

“We have monitored the perpetrator since three months ago,” Budi told reporters. He said the suspect had moved from one place to another this year.

Indonesia, the world’s largest Muslim-majority country, has been hit by a string of terrorist attacks since the 2000s, with more recent strikes being blamed on Islamic State-inspired militants.

Indonesian minister Wiranto on the mend after ‘ISIS’ knife attack