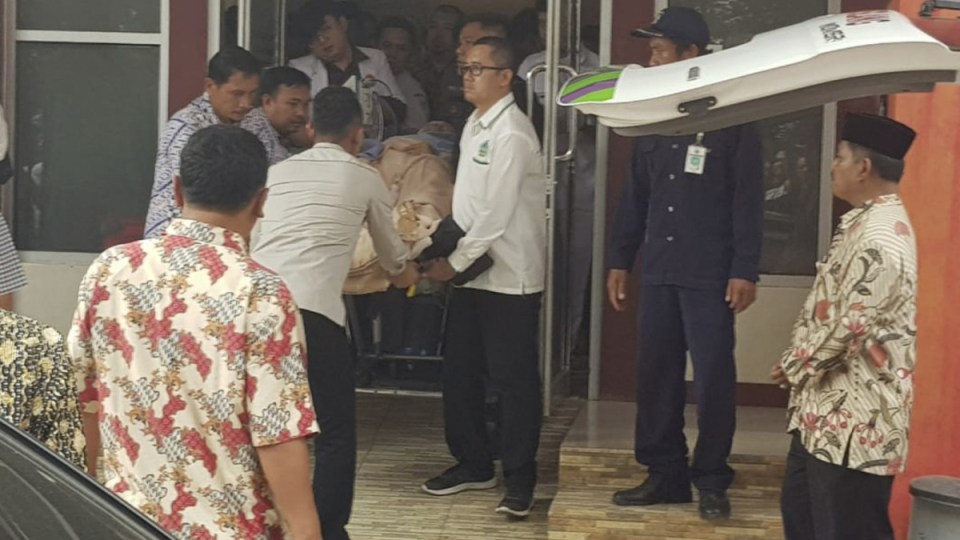 Medics wheel Indonesian security minister Wiranto on a stretcher to be evacuated to Jakarta on Thursday. Photo: AP

Police say a knife-wielding man has injured Indonesia’s Security Minister, a local police chief and another two people in a western province.

Wiranto, who goes by one name, was flown to Jakarta and was in stable condition in hospital.

Mr Prasetyo said the man who attacked the security official during a visit in Banten province may have been exposed to the Islamic State group.

“We are still investigating, but from our preliminary investigations we have found that the suspect is influenced by the radical teachings of ISIS,” he said.

Mr Prasetyo also said the attacker injured a police chief who was about to greet Wiranto as the minister alighted from a car, along with a villager.

The 51-year-old alleged attacker and a 20-year-old female companion were arrested.

Wiranto, 72, has served as Chief Security Minister in President Joko Widodo’s Cabinet since 2016.

His appointment drew criticism from rights groups for his involvement as chief of the armed forces in the bloody upheaval in East Timor.

Wiranto was indicted by a UN panel over the bloodshed surrounding East Timor’s 1999 independence vote, when about 1000 people were killed.