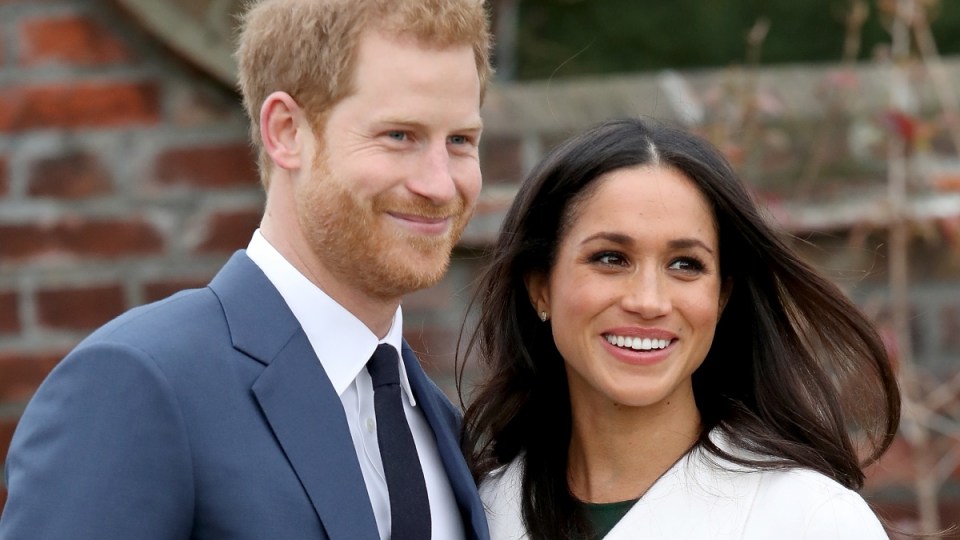 Britain’s Prince Harry and American fiancée Meghan Markle will marry on May 19 next year, posing a potential conflict by clashing with the country’s FA Cup final.

Kensington Palace, which announced the date on Friday (local time), is  reportedly “aware” of the clash and are considering what time to schedule the wedding as part of the forthcoming planning process.

The date raises a potential conflict for Harry’s brother, Prince William, who is president of the English Football Association (EFA) and would typically attend the final – the premier English soccer match of the year.

William presented the trophy to this year’s winner Arsenal.

A statement from EFA read: “Saturday 19 May promises to be a wonderful day with such a special royal occasion being followed by English football’s showpiece event.

“With millions coming together to watch both events at home and around the world, it will be a day to celebrate.”

2/3 Saturday 19 May promises to be a wonderful day with such a special royal occasion being followed by English football’s showpiece event, The Emirates FA Cup Final.

Precise details of the wedding are yet to emerge, but a royal spokesman said the couple wanted the public “to feel part of their day”.

It will “reflect the characters of the bride and groom”, be full of “fun and joy” and is expected to be broadcast live, the spokesman said.

Queen Elizabeth’s grandson, fifth-in-line to the throne, and Meghan, who stars in the US TV legal drama Suits, announced their engagement last month, with the marriage to take place in St George’s Chapel at Windsor Castle.

St George’s Chapel in Windsor Castle, described as a “very special place” for Harry, was where the couple spent time together during their courtship.

The chapel can hold 800 guests. The last royals to marry there were Princess Anne’s son, Peter Phillips, and Autumn Kelly in 2008.

Harry’s father, the Prince of Wales, had his union with the Duchess of Cornwall blessed in the chapel  in 2005.

The Archbishop of Canterbury, who has not yet been confirmed to officiate at the wedding, had already signalled that the couple would get married in a church, saying: “I am so happy that Prince Harry and Ms Markle have chosen to make their vows before God.”

Prince Harry is already firmly ensconced as a member of the Church of England, thanks to his royal lineage, and Meghan will be baptised and confirmed in the same religion before the big day.

What other Royal traditions will they keep?

Much speculation surrounds exactly what royal traditions the couple will now adopt, if any.

Breaking with tradition, the wedding will be held on a Saturday instead of during the week (the Queen was married on a Thursday and William and Kate wed on a Friday).

Technically, Meghan will be a princess when she marries Harry but he may receive a peerage from the Queen when he marries, just as Prince William received the hereditary title Duke of Cambridge, with Kate becoming the Duchess of Cambridge.

The newlyweds are tipped to become the Duke and Duchess of Sussex.

Myrtle has been in the bouquet of every royal bride since Queen Victoria married Prince Albert in 1840.

Welsh gold for the wedding bands is a tradition started by the Queen Mother when she married the future King George VI in 1923.

Harry is expected to be kitted out in his full military uniform, as per tradition for royal grooms.

While fruit cake is a staple at royal weddings, Prince William also had a chocolate cake — and it has been widely reported that a banana cake is on the menu for Prince Harry and Meghan.