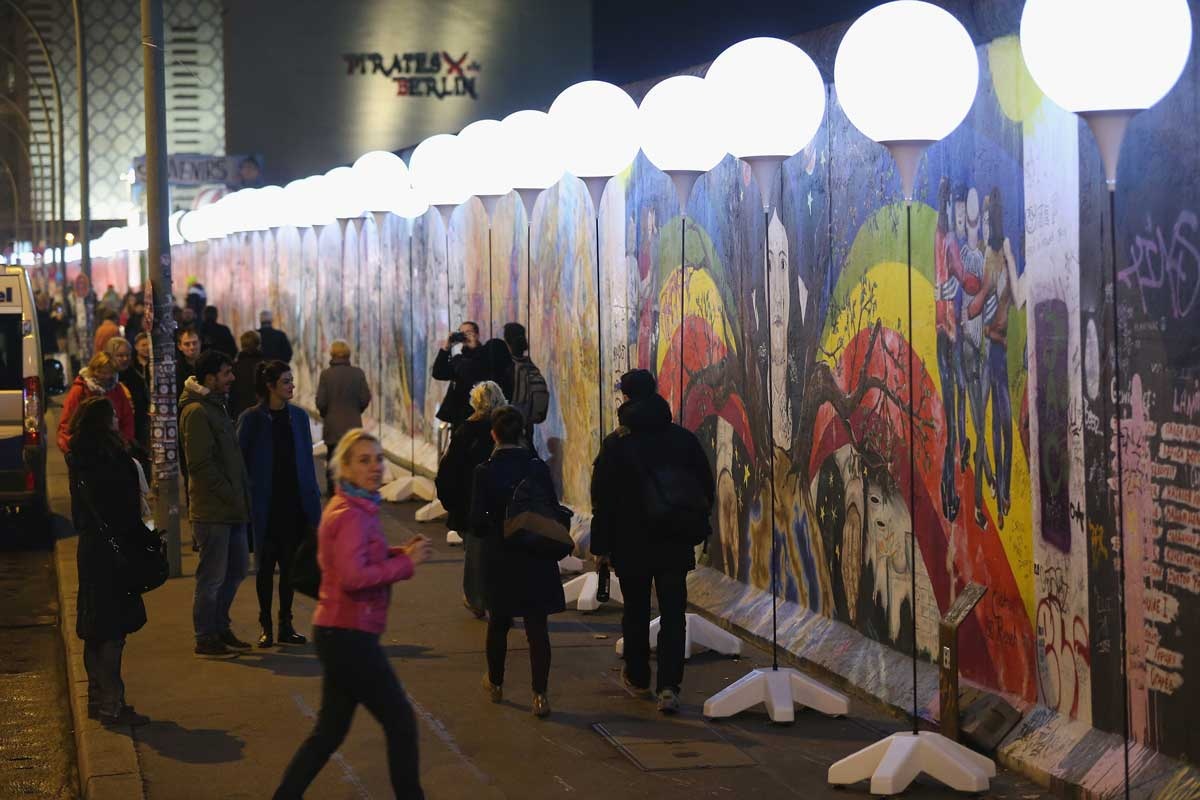 Germany has kicked off celebrations of the 25th anniversary of the fall of the Berlin Wall, set to culminate in rock stars and freedom icons joining millions at an open-air party.

Chancellor Angela Merkel, who grew up in communist East Germany, was leading three days of commemorations for those killed trying to flee the repressive state, ahead of a giant festival Sunday marking the joyous breach of Europe’s Cold War division on November 9, 1989.

“I think you never forget how you felt that day – at least I will never forget it,” Merkel, 60, said in a recent podcast.

“I had to wait 35 years for that feeling of liberty. It changed my life.”

The festivities under the banner Courage for Freedom are remembering the peaceful revolution that led communist authorities to finally open the border after 28 years in which Easterners were prisoners of their own country.

Germany would reunite within the year, on October 3, 1990.

The city set up an ambitious installation featuring nearly 7000 white balloons pegged to the ground along a 15-kilometre stretch of the Wall’s former 155-kilometre path and dramatically illuminated them at dusk.

The glowing orbs, which from above look like a long string of pearls, are to be released on Sunday from their ropes and set free into the night sky, to the stirring strains of Beethoven’s Ode to Joy.

The East German authorities built the Wall, which they called an “Anti-Fascist Protection Rampart”, in August 1961 to halt a mass exodus to the West.

On November 9, 1989, East German border guards, overwhelmed by large crowds, threw open the gates to West Berlin, allowing free passage for the first time since it was built.

At least 389 people lost their lives trying to escape communist East Germany, according to an official toll, although victims groups put the figure much higher.