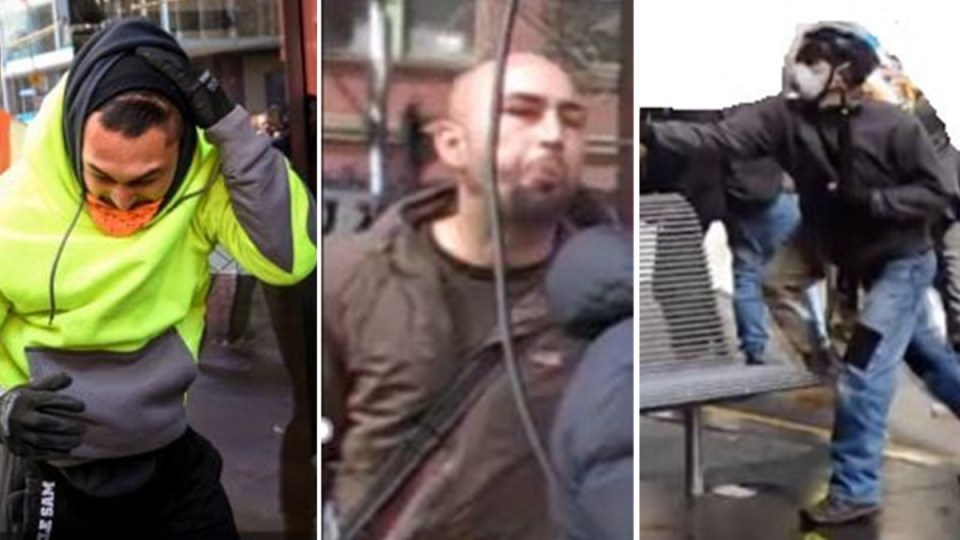 Four men are being hunted by police after a journalist was attacked and had urine thrown at him during violent protests last month in central Melbourne.

While he was reporting from protests on Swanston Street about 11.15am on September 21, Seven News journalist Paul Dowsley was grabbed by the neck in a headlock by a man in high-visibility gear.

A second man, with a bald head and wearing a brown jacket, spat on Mr Dowsley before a third in a bicycle helmet threw urine at the journalist.

At 12.30pm, a fourth man threw a drink can at Mr Dowsley, which hit him in the head, police said. That man was wearing a beanie and blue clothing.

Victoria Police said the behaviour was “unacceptable” and have released photos of four men they want to speak to.

Many of the incidents were filmed by camera crews and police are asking for witnesses to come forward.