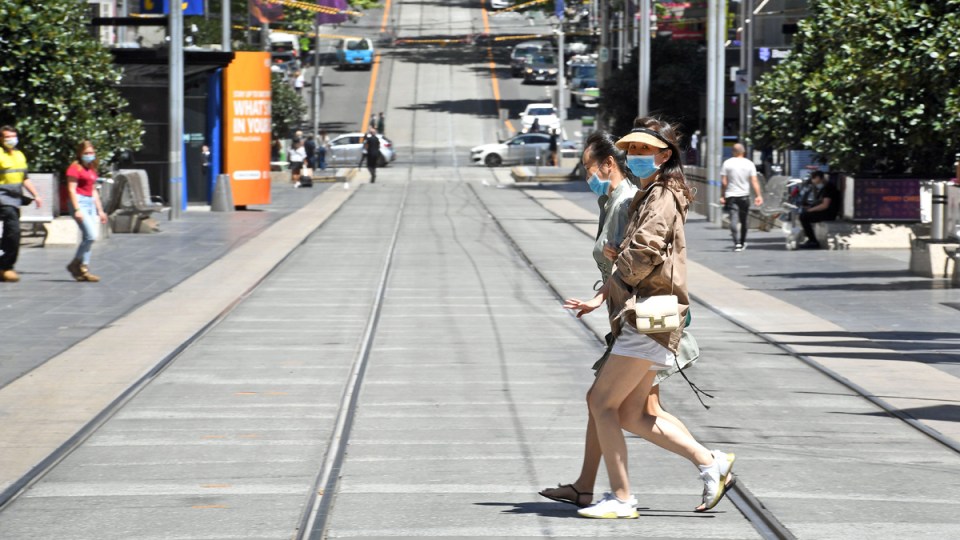 Victoria’s local COVID cases have leapt again, to a near pandemic record, even as the state passes its pivotal 70 per cent vaccination target and the end of Melbourne’s sixth lockdown looms.

Another 2232 infections were confirmed on Thursday, jumping nearly 400 on Wednesday and nearly the record of 2297 from last week.

There were also another 12 deaths, taking the toll from the state’s current Delta outbreak to 187.

Despite the leap in cases, Deputy Premier James Merlino confirmed the lockdown would end on Thursday night, as planned.

“Thanks to the extraordinary efforts of all Victorians, when the clock strikes midnight tonight, the lockdown is over,” he said.

“That said, of course, please, continue to be safe and prevent unnecessary spread of the virus. Wear your masks, check in everywhere you go – and if any of your loved ones have not been vaccinated, urge them to book … and get that jab.”

The lockdown in the regional city of Mildura, in Victoria’s north-west, will also end at midnight Thursday, a day ahead of schedule.

There have been repeated spikes in case numbers on Thursdays in Victoria’s current outbreak. Acting chief health officer Ben Cowie attributed some of that to people getting sick at the weekend, but having a lag before symptoms appeared – and then getting tested on Wednesday.

Earlier on Thursday, Prime Minister Scott Morrison went on morning TV to confirm that 70.51 per cent of Victorians aged over 16 had received both doses of a COVID vaccine, a key reopening milestone in the state’s roadmap.

“The longest road has been journeyed in Victoria and that long road really starts to open up tonight,” he told the Seven Network.

“But as always, all states and territories, are coming from a different starting point. They’ll all cautiously find their way back. This is not a big opening in that first step.”

Premier Daniel Andrews tweeted his own congratulations on Thursday.

“Tomorrow we can start getting back to the things we love. Thank you Victoria – I’m so proud.”

The state also reached 90 per cent for first doses on Thursday.

When stay-at-home orders are wound back, Melburnians will have endured 77 full days in their current lockdown and 263 total days since the beginning of the pandemic – a record for any city across the globe.

Under rules from midnight, people will be able to leave their homes for any reason and travel anywhere within metropolitan Melbourne.

The curfew will be scrapped, home gatherings of up to 10 will be allowed, and hairdressers and hospitality businesses will reopen for the fully vaccinated.

However, in a last-minute change to reopening plans, all hospitality staff must be fully vaccinated to work.

This is despite online health directions stating authorised workers, including those in hospitality, must have had one vaccine dose by October 22 and a second by November 26.

Australian Hotels Association Victoria chief executive Paddy O’Sullivan said the government had “moved the goalposts” on the sector and has asked for a grace period to allow staff time to get vaccinated.

But Victoria’s COVID-19 commander Jeroen Weimar said “there is no wriggle room”.

With some pubs in the city to reopen at midnight, staff at hospitality venues will be allowed to go into work after the curfew kicks in at 9pm to get their venues ready, but patrons will need to wait until 11:59pm to leave home.

Further freedoms will return for millions of Victorians – including the wider opening of retail – when the state hits 80 per cent of over-16s fully vaccinated. That is expected as soon as October 30 or 31.