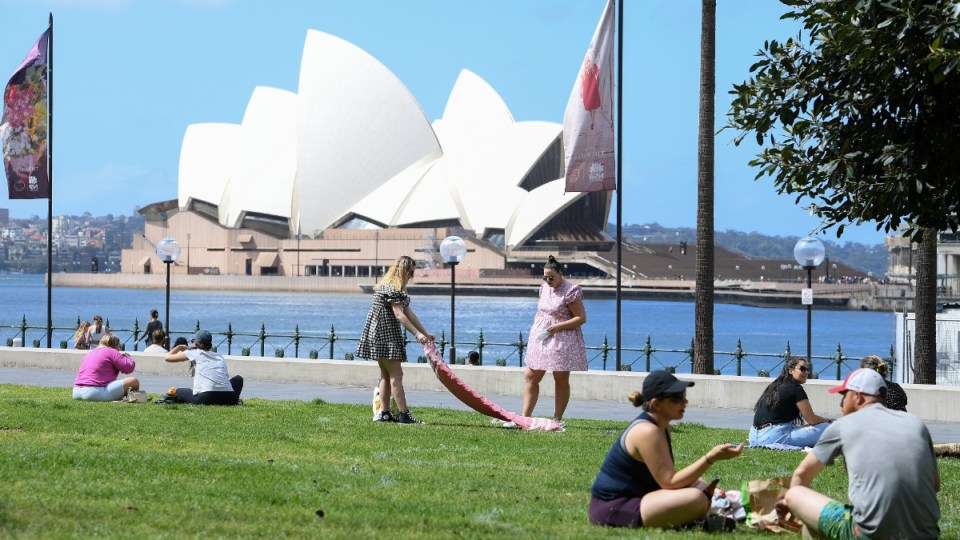 NSW has close to 400 new COVID cases on Thursday – a significant jump after its recent downward trend.

NSW’s local virus cases have jumped by nearly 100, as the state nears two weeks since it began reopening.

NSW Health confirmed another 372 infections on Thursday, a jump on the 283 reported on Wednesday.

It is the first significant rise in case numbers since the state’s “freedom day” on October 11.

There was also another death, with 487 people having died since NSW’s Delta outbreak began in mid-June. He was a Sydney man in his 50s.

There are 523 COVID patients in NSW hospitals, including 124 in intensive care.

Those numbers have dropped in recent weeks. But Thursday’s uptick in cases came as Prime Minister Scott Morrison warned that unvaccinated people will cause the biggest coronavirus stress on Australia’s hospital system as the nation reopens.

He said Australia was on track to be one of the most immunised nations in the world, after Victoria became the latest state to reach 70 per cent double-dose coverage.

But Mr Morrison said the nation needed to reach at least 80 per cent to offer strong protection in the community.

“That is where the pandemic goes to, the virus finds the people who are unvaccinated and that’s what can put stress and strain on your hospital system.”

Mr Morrison cast doubt on suggestions Western Australia would maintain border restrictions until Easter, as he made a fresh appeal to boost vaccination rates.

“I don’t believe it will take that long, frankly. I just don’t,” he said.

WA Premier Mark McGowan has ruled out opening state borders to other jurisdictions such as NSW, where there have been outbreaks, in time for Christmas and has suggested restrictions will remain well into 2022.

But Mr Morrison argued Queensland’s decision to announce its borders would reopen before the end of the year for fully vaccinated people showed hardline states could change course.

Australia is on track to start a booster shot program for aged-care residents in the coming weeks, subject to medicines regulator and immunisation panel approval.

Mr Morrison said the third round of jabs would build on high levels of protection across nursing homes.

“There is plenty of vaccines for the boosters, they are all sorted,” he said.

He also said the reopening of international borders on November 1 would be monitored closely.

“We’ll see how that is going because we have to ensure we keep opening consistently, we keep taking steps every day so we can stay safely open,” Mr Morrison said.

“We don’t want to see what has happened in other parts of the world where people have moved too fast.”

Across the country, full vaccination rates range from 82.8 per cent in the ACT to 57 per cent in Western Australia.

“Every step of the way, Scott Morrison has been months and months behind the rest of the developed world,” he said.

“The Australian people can’t afford for him to bungle boosters as well.”

Warning to unvaccinated as NSW cases jump up