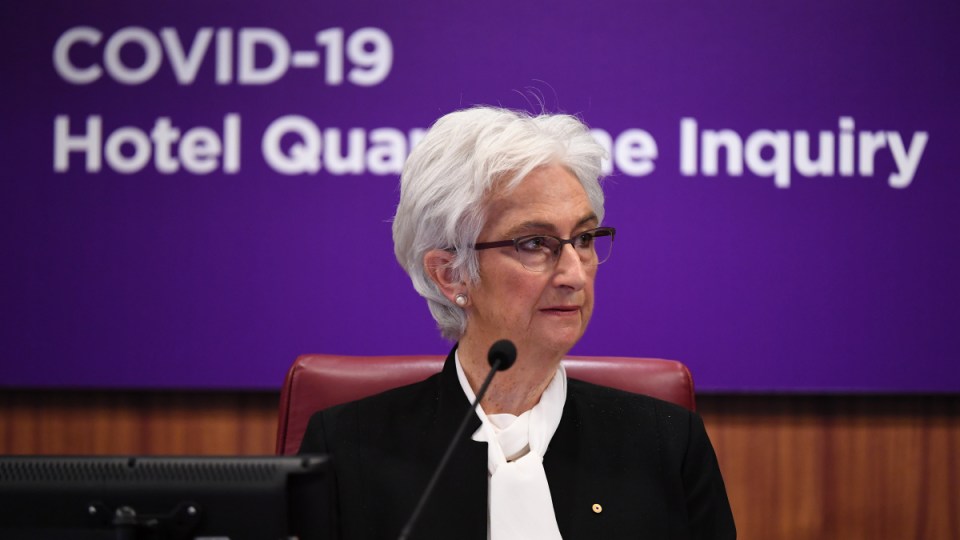 Premier Daniel Andrews has dismissed the defence minister’s comments on Victoria’s botched hotel quarantine, saying he doesn’t know or deal with her, as the state’s tensions with Canberra continue over the scheme.

The war of words comes as Australia records its deadliest day in the COVID-19 pandemic, with 21 Victorians dying and another 410 people testing positive.

It takes the state’s death toll to 267 and the national toll to 352. More than 160 of Victoria’s overall deaths are from aged care homes.

The state and federal governments are embroiled in a spat over claims Victoria knocked back offers for Australian Defence Force help for its hotel quarantine program.

The mismanagement of that scheme is suspecting of sparking the state’s second wave and is being investigated by a former judge.

Mr Andrews on Wednesday brushed off a statement from Defence Minister Linda Reynolds, who insisted ADF support had been offered to Victoria multiple times.

“I don’t know the federal defence minister. I don’t deal with her. I deal with the Prime Minister,” Mr Andrews told reporters.

“I do know (Emergency Management Commissioner) Andrew Crisp. I think Victorians know Andrew Crisp as well. I direct you to the really clear statement that he’s issued.”

Mr Crisp earlier said he did not ask for ADF help and it was not offered for hotel quarantine in March or April.

Sixteen of the 21 people who succumbed to the virus in the 24 hours to Wednesday were in aged care.

Victorian authorities had warned deaths would continue to rise given the number of people in hospital with the virus.

There are 1929 active cases amongst aged care residents, including six in state government-managed public facilities and 1923 in private centres, which are overseen by the federal government.

More than 660 Victorians are in hospital, 43 in intensive care and 24 of those on ventilators.

Mr Andrews said just more than half of them had contracted the virus at work.

Residential homes for Victorians with a disability also account for 56 cases.

Meanwhile, Geelong, Ballarat and Bendigo have had concerning increases in cases.

“They’re very low numbers but coming off such a low base, any additional cases are of concern to us,” the Premier said.

A week after stage-four restrictions shut all non-essential businesses, Mr Andrews said the curve appeared to be flattening but there was a long way to go.