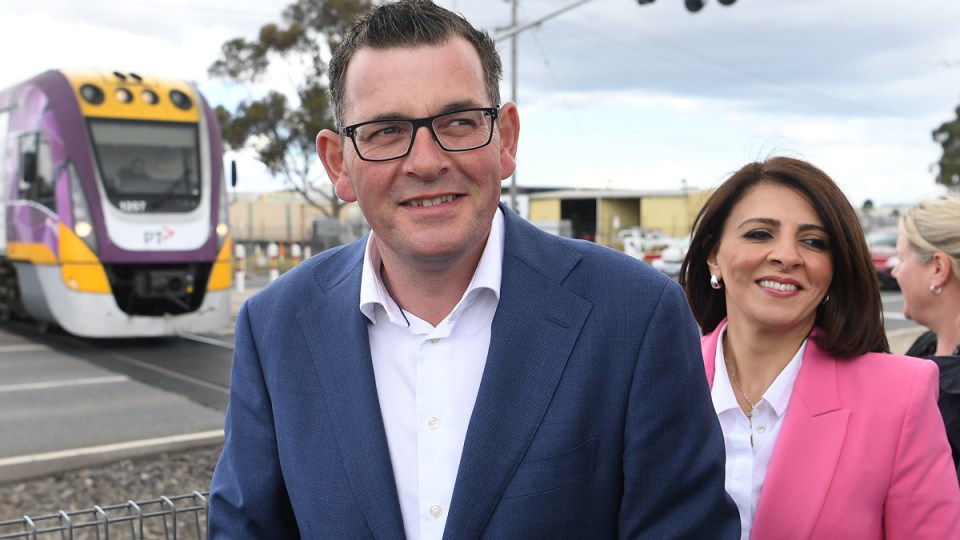 Marlene Kairouz on the campaign trail with Daniel Andrews in 2018. She resigned as a minister on Tuesday morning. Photo: AAP

Marlene Kairouz, who had been the state’s consumer affairs minister, resigned on Tuesday morning amid the fallout from the explosive branch-stacking allegations against former senior ALP figure Adem Somyurek.

Ms Kairouz released a statement shortly before 10am, saying she had offered her resignation to Premier Daniel Andrews – although she denied any wrongdoing.

“I no longer want these matters to be a distraction to the government. They have placed enormous pressure on my family and caused them great distress,” she said.

“I look forward to the opportunity to clear my name and am confident any investigative process will do so.”

Ms Kairouz’s resignation came 24 hours after Mr Somyurek was sacked from the Victorian ministry and lost his ALP membership over the allegations and recordings capturing him using vile language against colleagues and staff.

On Tuesday, The Age published more recordings involving Ms Kairouz, who is Mr Somyurek’s factional ally. They appear to encourage staff to take part in the branch stacking.

On the suggestion of an official going through membership forms, Ms Kairouz reportedly said: “I said to [my chief of staff] Michael [De Bruyn], let him do it because he’s got 2500 of our members that he has to go through. They drop one, we put in 10 … Always call his bluff.”

Shortly before Ms Kairouz’s statement, senior government ministers had started calling on her to reflect on her position.

Police Minister Lisa Neville said Ms Kairouz should reflect her commitment to Mr Andrews on Monday that she had acted appropriately at all times.

“I think she really does need to reflect on that and answer to the Premier,” Ms Neville said.

“She’s part of an IBAC and police investigation which is…important. I think this is now a matter between her and the premier to get the best outcome.”

Ms Neville said anyone involved in branch-stacking had “lost focus” on the party’s mission to support, defend and protect Victorians.

“The minister will probably need to reflect upon the revelations in today’s media and I’m sure the premier will no doubt do so as well,” he said.

“Daniel Andrews has been the leader of this Labor Party for 10 years,” he said. “This has been the Andrews decade of Labor … He’s set the standard. He’s responsible for this corruption.”

“Those matters are, properly, the subject of referrals to [the state’s anti-corruption commission] and to Victoria Police and it is for them to determine those issues,” he said.

“Both those ministers … have reflected upon their position. They have resigned.”

It was unclear if Mr Somyurek or Ms Kairouz would show up at Spring Street on Tuesday – where Mr Andrews is expected to face a grilling as the Victorian Parliament sits. Coronavirus restrictions limit the number of MPs who can attend.

Mr Somyurek denies the allegations and wants police to investigate the recordings used in the expose.

It is alleged staff members of Ms Kairouz and fellow MP Robin Scott were involved in Mr Somyurek’s efforts.

Mr Andrews earlier stood by Ms Kairouz and Mr Scott, who told him they had behaved appropriately.

But by Monday night, Mr Scott had resigned as assistant treasurer and veterans minister. He said he wanted to avoid “distraction” for the government but vowed to clear his name.

There are also reports former that Victorian premier Steve Bracks and former federal MP Jenny Macklin will head a review into the ALP scandal.