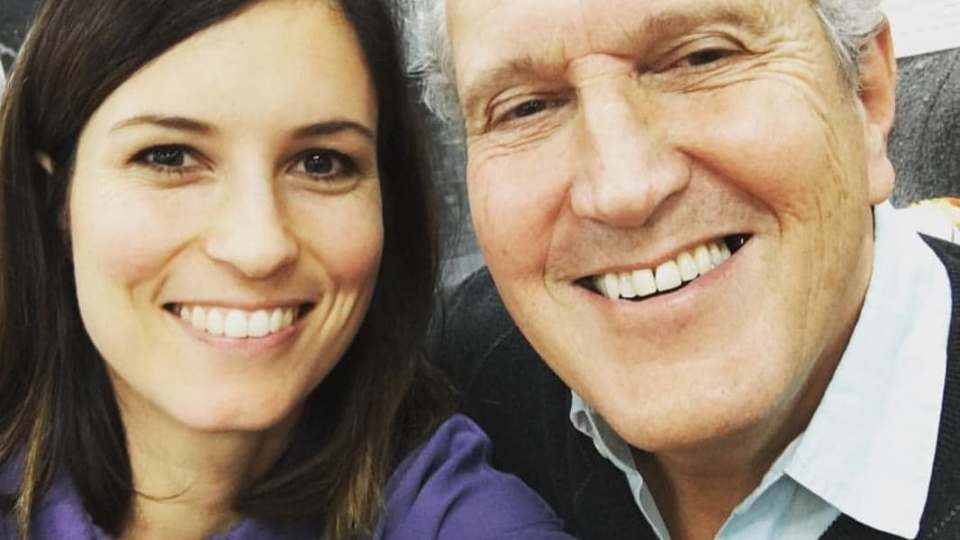 Chris Higgins, the father of singer Missy Higgins, has spoken out after being publicly shamed by the Victorian health minister. Photo: Instagram

Furious doctors have slammed the Victorian health minister for taking a “cheap shot” at Missy Higgins’ father after he tested positive for coronavirus.

Dr Chris Higgins treated up to 70 patients before he underwent a virus test, which Minister Jenny Mikakos told media had left her “flabbergasted” given his symptoms.

“I’m absolutely flabbergasted that a doctor who has experienced flu-like symptoms has presented to work,” Ms Mikakos said on Saturday.

“I understand it was very mild symptoms – perhaps he didn’t make the potential link – but we’ve now got 70 patients that have been contacted, so it is incredibly important that all healthcare workers take this matter very seriously.”

The Melbourne GP took to social media to seek an apology and blast the “inaccuracies and unfairness” of the minister’s public comments which triggered a flood of support from GPs who accused Ms Mikakos of being out of touch with the frontline situation.

Dr Higgins’ so-called “naming and shaming” sparked a wave of reaction from outraged medical workers who warned that the health system would be paralysed if doctors closed their clinics if they had mild symptoms.

“As the doctor concerned, I have been upset about the inaccuracies and unfairness of your comments,” Dr Higgins wrote on a post on Ms Mikakos’ Facebook page.

“I had a mild cold when I returned from the USA last Saturday morning which had almost resolved itself by Monday morning, hence my decision to return to work.

“I hesitated to do a swab because I did not fulfil your criteria for testing but did one anyway on Thursday evening for sake of completeness, not imagining for one moment it would turn out to be positive.

“I believe you have taken a cheap opportunity for political grandstanding and would appreciate an apology.”

Medical practitioners accused authorities of failing to support GPs who were at the frontline of the coronavirus outbreak but lacked protective equipment such as masks and were not getting transparent information.

A number of doctors described the minimal number of medical grade masks per GP, warning that clinics were not ready and not resourced to handle the deadly virus sweeping the world.

“To say that we are well resourced is a blatant lie,” posted Bianca Carroll, who said she was a GP.

“We have FIVE P2 masks per doctor at our clinic. I am fully prepared for the fact that I will get coronavirus whilst performing my job.

“As Doctors we understand these risks yet still we show up because that is the oath we took.”

Wrote Jenny Neily: “I’m flabbergasted that you can say GPS are well resourced. Many don’t have any masks and those that do have a handful that will only last a couple of days worth of suspected cases.

“The GP with COVID-19 who you threw under the bus did not even meet your department’s definition of quarantine or testing.

“You obviously have no idea what effect an AHPRA investigation can have on a doctor. Now the rest of us feel like you’d be happy to throw us under the bus too if any of our patients happen to catch it from us.”

Added Kate Green: “I’m a GP and we are NOT fully resourced. We got one box of masks provided for a practice of 12 doctors. This is abysmal.

Furious medicos called on the minister to publicly apologise, saying her comments showed she did not have an understanding of the situation for doctors in the community.

“Minister Mikakos, do you have any idea what your words have done to General Practices across the country?” wrote Kylie Gibson.

“Already many are now considering turning symptomatic patients away – despite not meeting the screening criteria – because they feel so vulnerable after your appalling treatment of this GP.”

Dr Higgins, aged 70, is believed to have contracted COVID-19 in the US. He showed symptoms while returning to Melbourne via San Francisco on February 29.

His patients, along with staff, are required to self-isolate while two patients he visited in Malvern’s Mecwacare nursing home are also in isolation.

“We realised that personal protective equipment for our healthcare workforce and our aged care workforce is absolutely fundamental. We need to make sure that they are kept safe,” Professor Kelly said.

Professor Kelly had a message for unwell people, especially workers: “Don’t soldier on.”

Australia has more than 70 confirmed cases of COVID-19, with two deaths and 22 people who have recovered as of Saturday evening.

A Sydney school will reopen on Monday following a thorough clean after a 16-year-old male student tested positive.