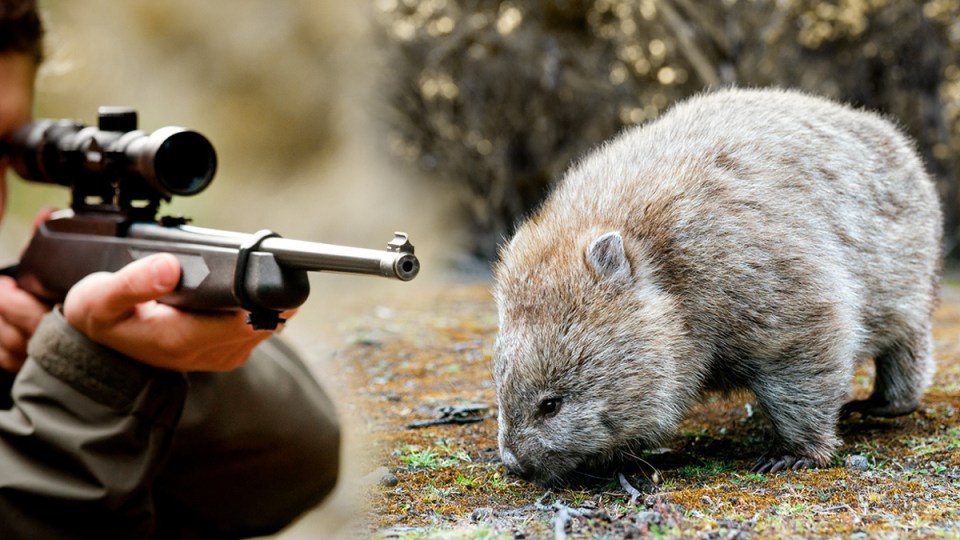 The rules that allow wombat killings without a permit in some parts of Victoria have been reviewed by the government. Photo: TND

A ban on wombat shooting is a step closer after public outrage over a Chinese-run hunting lodge sparked a government probe into why killings were still considered legal in some parts of the state.

Wombats are being counted and their movements mapped in Victoria as authorities investigate threats to species survival including targeted shooting.

But the state government is keeping secret exactly what it plans to do to stop shots being legally fired at wombats, and will not yet commit to outlawing it altogether.

The government inquiry was triggered by public outrage after The New Daily revealed wealthy international tourists were being invited to a Murrindindi farm to hunt the species for sport.

The farm is owned by a Chinese businessman and partner of Crown casino at the centre of an explosive Nine investigation into links between casinos and organised crime.

Locals are fighting the owner’s plans to expand the business, which initially included a proposal to build a shooting lodge at the property that until recently appeared as “Dude Ranch” on Google maps.

Revelations that wombats were being offered as hunting targets also exposed a “confusing” loophole in the Wildlife Act that meant the animals were not protected in 193 parishes in Victoria.

Environment Minister Lily D’Ambrosio has said her department would review the rules that allowed wombats to be killed without a permit in some parts of Victoria by the end of the year.

The department has now confirmed it is considering the future of the laws.

“Wombats, like all wildlife in Victoria, need to be adequately protected,” a government spokeswoman said.

“We’ve just completed a review into the rules around this and we’re now considering the recommendations.”

The department also looked at the distribution and numbers of wombats in the wild, as well as any threats that may affect their long-term conservation.

Greens MP Sam Hibbins has called on the minister to immediately introduce protections for the animals in the meantime.

“As we prepare to conduct an extinction inquiry in Victoria next year, it’s important that we do as much as we can to protect our wildlife,” Mr Hibbins wrote in a letter to Ms D’Ambrosio.

As public opposition mounts, the Murrindindi property owner’s dreams of building a luxury hotel complex, including a restaurant, function room, bar and gym have been dashed.

On Wednesday night, Murrindindi Shire councillors voted to knock back the planning application in the face of enormous pressure from the community.

Of all 133 submissions received by council, 131 objected to the development and just two supported it.

Murrindindi man Peter Ingham, leader of the local campaign, said he was pleased by council’s decision.

“Many residents have made their way here to retire and the tranquility of the area is something they value very highly,” Mr Ingham told The New Daily.

He said the high number of objections to the hotel “demonstrated the level of concern among the community, not just in the vicinity of the proposed development, but also within the Yea district and shire generally”.

Mr Ingham said he hasn’t heard many gunshots ringing from the hunting lodge in recent weeks.

“Shooting has quietened down since the publicity surrounding the alleged targeting of wildlife,” he said.

The owners have 60 days to decide whether to take the matter to VCAT.