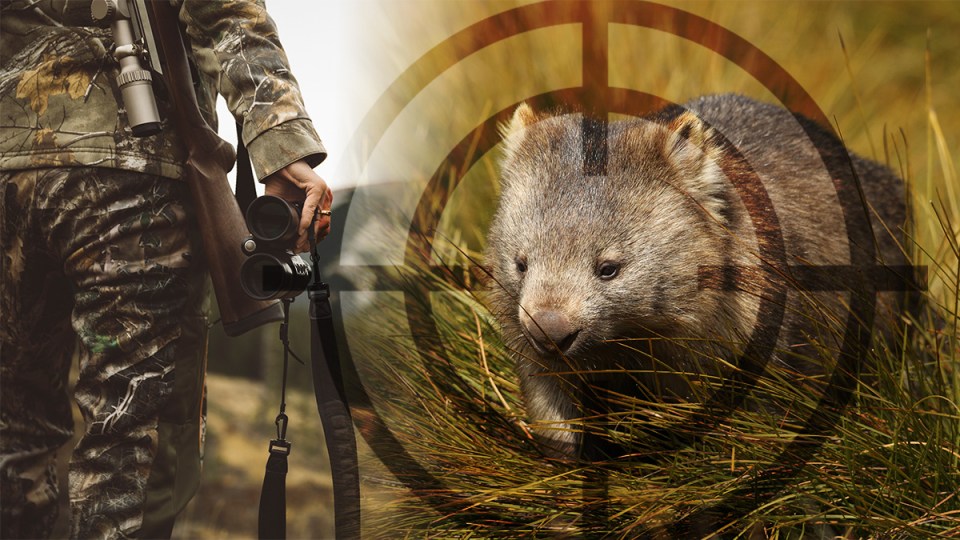 There's been widespread outrage after tourists were invited to go trophy hunting for wombats. Photo: Getty

At least three permits are handed out every week in Victoria to someone wanting to kill or trap wombats, as the state government’s cull limit has doubled over a decade.

But it has emerged that the number of wombats being shot may be far higher, with a loophole in the Wildlife Act meaning the animals are not protected in 193 districts of Victoria.

The ethics of state government-supported wombat shootings have been thrust into the spotlight this week after it was revealed rich tourists were being invited to a Murrundindi farm to hunt the species for sport.

The farm is owned by a Chinese businessman and partner of Crown casino at the centre of an explosive investigation into links between casinos and organised crime. 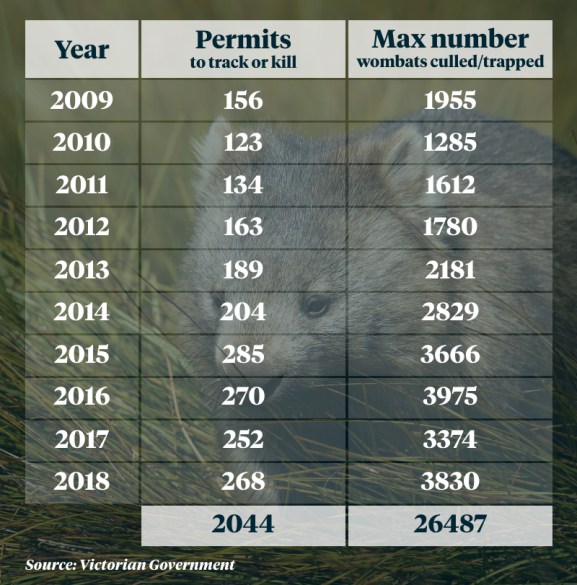 Meanwhile, questions remain over why the property owners were able to run a luxury hunting lodge on the rural property.

Victorian Opposition planning spokesman Tim Smith told The New Daily: “Victorians are right to be horrified by revelations that wombats may have been shot by tourists for sport.”

Mr Smith said: “Daniel Andrews must explain to the community exactly what he plans to do to ensure that wombats won’t be hunted by tourists anywhere in Victoria.”

The New Daily has confirmed the owners of the property had in 2017 applied to the local council to build a luxury hotel, complete with a “shooting facility”. The shooting facility has since been removed from the application.

Nine media revealed this week the farm is owned by Tom Zhou, a wealthy Chinese businessman and alleged fugitive criminal who has partnered with Crown to provide services for high-rolling clients.

There’s been widespread outrage over revelations Mr Zhou’s business was inviting tourists to use wombats for target practice.

But it’s also highlighted the little-known rule that wombats are not protected in 193 areas of the state.

Australian Wildlife Protection Council (AWPC) secretary Eve Kelly said it was clear stronger laws were needed, and she called on the government to reinstate wombats as a protected species across the state.

“If land owners can legally kill wombats on private land, what is stopping overseas tourists hunting them for recreational purposes?”

She said the AWPC has received several reports of people abusing wombats, including some cases where the animals have been deliberately run over or buried alive.

“We place the blame for these cruel and irresponsible activities squarely on the Victorian state government,” Ms Kelly said.

Sydney political activist Denise Shrivell said she felt “complete shock and horror” when she found out wombats were being offered as shooting targets for foreign tourists.

“I like to think that every Australian cares about our native wildlife, and every Australian should be concerned about what has happened to allow this to occur,” Ms Shrivell told The New Daily.

“We see people turning a blind eye and regulations being exploited in so many areas of public policy, but when it comes to helpless things like a wombat, that’s when you go ‘oh my God’.”

“We are investigating allegations as part of an ongoing investigation into illegal hunting,” Mr Chant said in a statement to The New Daily.