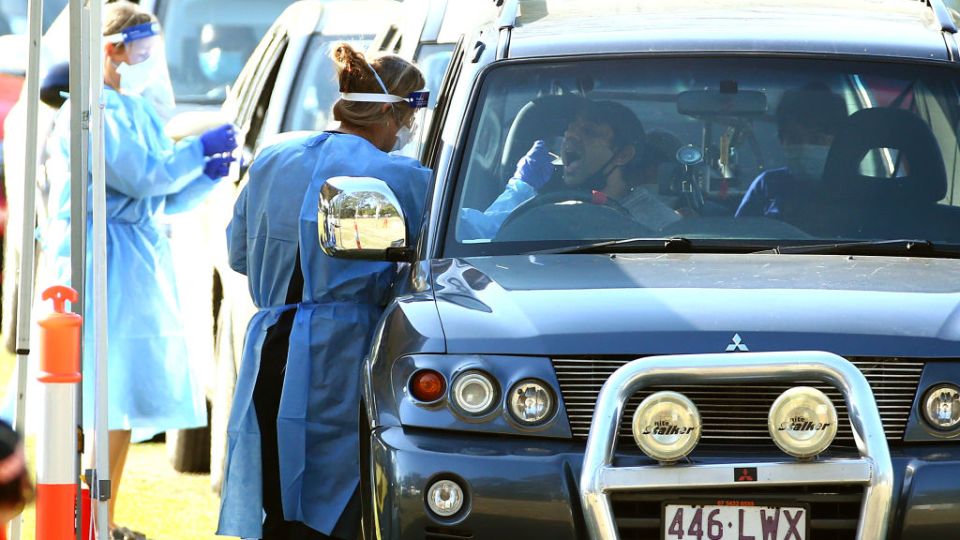 There is concern travellers to Queensland will be stuck with the bill for mandatory COVID tests, required to enter the state once the 80 per cent vaccination threshold is reached, as governments debate who should pay.

The Queensland government has been resolute about the need for PCR tests, that can cost about $145 through private providers, rather than cheap rapid antigen test kits tests available at chemists and supermarkets.

“To put it roughly, rapid antigen tests are about 70 per cent as effective as PCR,” the state’s acting chief health officer Peter Aitken said on Sunday.

Federal Treasurer Josh Frydenberg said much of the pathology testing throughout the pandemic had been covered by Medicare, and it was up to Queensland to explain why it appeared to be passing the cost onto families.

“The federal government has picked up the vast bulk of the bill in this pandemic … I’ll leave it to the Queensland government to explain this impost,” Mr Frydenberg told the Nine Network on Monday.

Under Queensland’s reopening plan once the 80 per cent double-dose milestone is reached, fully vaccinated travellers must return a negative test taken no more than 72 hours before arrival.

The 80 per cent target had been predicted for December 17. But Queensland deputy chief health officer Peter Aitken said last week it could come as soon as December 6.

“It’s a projection so it could be anything between the sixth and the 12th of December, depending on how the vaccination rates go,” he said on Friday.

Testing for people with COVID symptoms has been free throughout the pandemic.