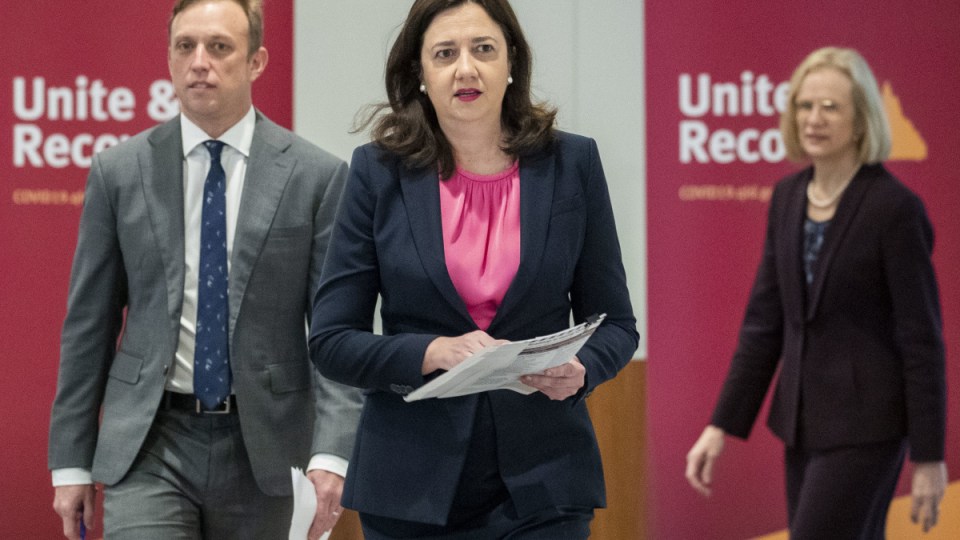 Queensland’s political leaders have been referred to the state’s Human Rights Commission over the treatment of a Rockhampton aged care nurse who sparked a coronavirus health emergency in central Queensland.

The nurse faced criticism after she worked at the North Rockhampton Nursing Centre while infectious with coronavirus in May.

A Queensland Health investigation into the matter later cleared the woman of any wrongdoing on October 5.

NPAQ assistant secretary Jack McGuire said the woman was allegedly vilified and shamed over the controversy – treatment that he said was in breach of Labor’s new Human Rights Act.

He said the nurse’s reputation was smeared by the Queensland government in the weeks after she tested positive to the virus.

“It was such poor treatment that us in the NPAQ and our legal team, who do quite a lot of this work, said that they reckon this would justify inhumane treatment,” Mr McGuire said.

“[It was] that bad – it cannot be that a government can treat people like that and get away with it.

“We saw, for well over a week, the Premier, Steven Miles, we saw Jeannette Young constantly berate her almost daily.

“This matter was in the news … it was insinuated she was responsible for the death of Nathan Turner – it was really quite awful.

“She was called a liar, all of which she was exonerated from. It was just mind blowing.”

In May, Queensland Health investigated whether the aged care nurse was connected to the death of Blackwater man Nathan Turner, who was wrongly believed to have died from coronavirus.

At that time, the state’s chief health officer said the woman had “changed her story so many times” when speaking with contact tracers.

The NPAQ said the woman had received death threats as a result and labelled Queensland Health’s response a “disgusting political witch-hunt”.

“Given that our member has been defamed, the Queensland political elite should be apologising,” Mr McGuire said after she had been cleared of wrongdoing in May.

Mr McGuire said the ordeal had taken its toll on the nurse’s mental health and the NPAQ was helping her return to work.

“We’re assisting her only now with her return to work … as you can imagine, she was shaken a little bit mentally as anyone would be when they’re subject to a week-long campaign in the media.”

He said he expected an assessment of the matter to be completed in a few weeks.

Earlier in October, Mr Miles said it was important not to undermine the public health messaging and defended the government’s response to the controversy.

“If anyone is sick, they should not go to work, and that especially applies if you work for Queensland Health,” he said.

“If you work in a health facility, and aged care facility or a disability support facility … we are very concerned about the risks of transmission in places like that.

“We managed that north Rockhampton exposure without a single resident getting COVID-19 … compare that to the more than 600 in aged care who have died in Victoria.

“The decisions we’ve made haven’t always been easy, and I get that they will sometimes upset people, but they have kept people safe, they have saved people’s lives.

“The folk in Rocky can ask me that question every day and my answer will be the same.”

Member for Keppel Brittany Lauga said she stood by her actions.

“I stand by my actions, the Premier and the CHO and the Deputy Premier have all been very clear – if you’re unwell, stay at home.”

The ABC has approached Health Minister Steven Miles for comment.