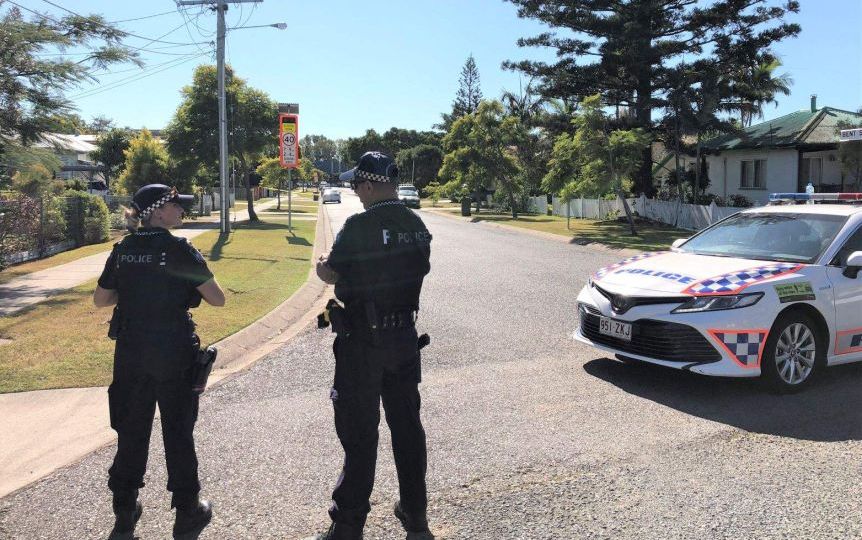 Detectives are at the scene conducting a doorknock of residents. Photo: ABC News

A 43-year-old man has been charged with murder following the death of a four-year-old girl at Cannon Hill.

Queensland Police on Monday night said the Cannon Hill man had been denied police bail and would appear in Brisbane Magistrates Court on Tuesday.

Police appealed to anyone with information to come forward as investigations continue.

Earlier, Police said a crime scene had been established at a home in the eastern suburb of Cannon Hill about 9.20am on Monday.

They blocked off Bent Street as detectives began to work through the scene and speak to neighbours and gather evidence.

The girl’s family was assisting with the investigation, police said on Monday afternoon.

Local residents posted on social media that about 10 police cars and two ambulances were at the home, which is near Cannon Hill Anglican College.

Trent O’Brien was working at a house down the road.

“I heard cars coming up the street … I looked down and saw cop cars and a few ambos,” Mr O’Brien told the ABC.

“I honestly thought something happened at the school,” he said.

The college emailed parents advising them that the street would remain closed for the rest of the day, and that alternative arrangements for school pick-up were being made.

“This morning an incident occurred in a residence in Bent Street close to CHAC Primary,” the email read.

“Should you hear of this incident through the media, please be assured that there is no reason to be fearful of any threat to the school and your children are safe and are being kept totally unaware of the police presence outside the college.

“We are currently working with the police on a plan for pick up at the end of the day. Please continue to monitor your emails for updates.”