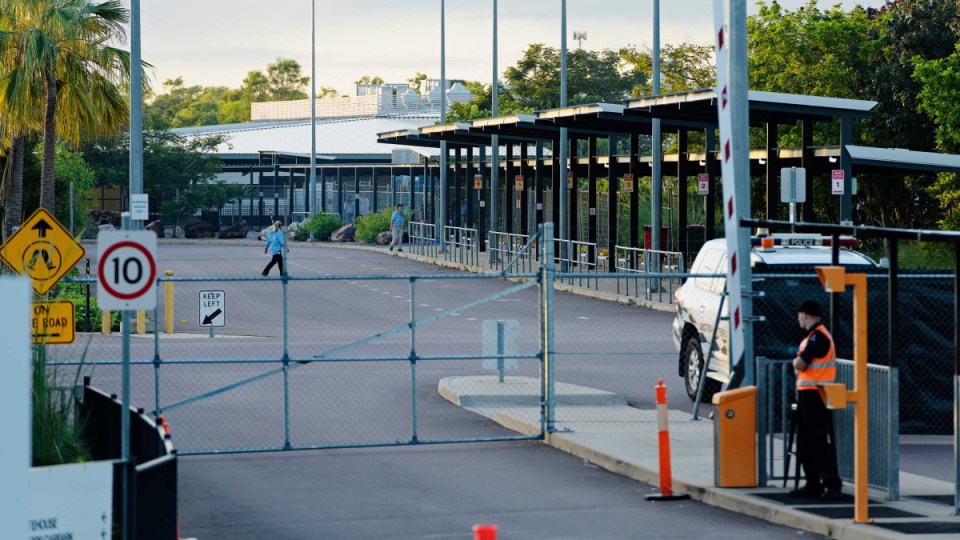 A gold miner has been fined more than $5000 after he went to a supermarket on his way to the Howard Springs quarantine facility, where he later tested positive to COVID-19.

Chief Minister Michael Gunner revealed last week that a worker from Newmont’s Granites mine had stopped off at the shops at Stuart Park when he should have been in isolation.

Northern Territory Police have since issued a 56-year-old man with an infringement notice carrying a penalty of $5056 for failure to quarantine when directed to do so.

Incident controller Shaun Gill said the man’s shopping expedition was a breach of directions from the territory’s chief health officer.

“Any person directed into quarantine must abide this direction immediately and without delay or they will be issued with an infringement notice,” Mr Gill said.

“Stopping at the shops like this person did, visiting friends or going for a walk isn’t an option when you have been directed into quarantine. We are still in a public health emergency and it is up to each of us to do our part to keep each other safe.”

A 38-year-old man connected to the same mine has also been fined after being caught not wearing a mask three blocks away from his room on Saturday night.

While he was still on site, NT Police escorted him back to his quarters and issued him a $5056 fine on Sunday morning for two breaches of health directions.

“He has been flown to Darwin to complete the remainder of his quarantine period under supervision and at his own cost at Howard Springs,” Mr Gill said.

An outbreak at the Tanami Desert mine, about 540 kilometres northwest of Alice Springs, sent both Darwin and Alice Springs into their first lockdowns last week and hundreds of workers into isolation.

The mine has also been connected to a worrying COVID-19 cluster that has made its way into a number of other states and territories.

Face masks remain mandatory in some settings until Friday including venues in Greater Darwin and Alice Springs.

Not everyone is following the rules, with a woman charged for allegedly spitting on a Darwin bar worker after being asked to wear a mask.

The woman, 22, allegedly refused a security guard’s request to don a mask at The Tap on Mitchell Street in the early hours of Sunday morning.

As she was being removed, a scuffle ensued and the woman allegedly spat in a hospitality worker’s face.

NT Police arrested the woman and charged her for spitting, as well as for assault and breaching an emergency declaration.

She was been bailed to appear in Darwin Local Court on July 26.

“These staff’s livelihoods depend on people doing the right thing,” Mr Chalker said.

“I want to thank those staff. You should never have been subjected to that behaviour by this individual.”

As well as criminal charges, Mr Chalker encouraged Darwin’s network of licensed venues to also take action against the woman.

“I do trust that the industry acts as one and ensures that that individual is banned from those premises for a long period of time,” he said.

“That behaviour is completely and utterly reprehensible and there should be no one in the Northern Territory prepared to defend (it).”

On the whole, however, Mr Chalker said community compliance with health orders had been “very good” across the NT.

There were no new COVID-19 cases reported in the NT on Sunday as more close contacts in isolation returned negative test results.

Mr Gunner said 26 close contacts of an infected miner who spent seven hours at Alice Springs airport on June 25 waiting for a flight to Adelaide had now tested negative, with another 11 results still pending.

“That’s a good sign for Alice,” he said, adding wastewater testing in the area had also come back negative.

In Darwin, only 12 test results remain outstanding from close contacts at exposure sites – five from the Buff Club and seven from the Corner Store Friendly Grocer.