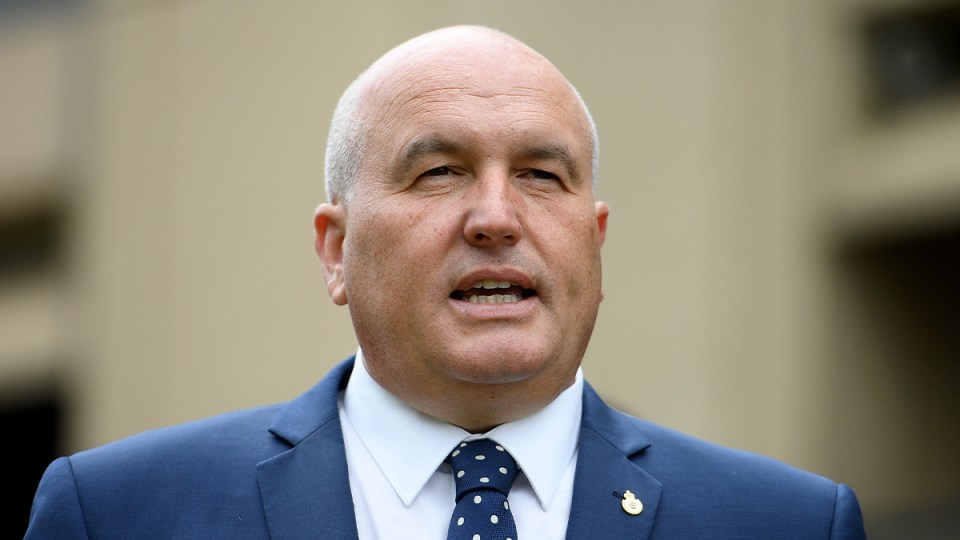 NSW minister David Elliott is one of three contenders for the position of deputy Liberal leader. Photo: AAP

The NSW Liberal Party is poised for a shake up after two ministers, including the deputy leader, lost their positions this week.

After seven weeks of controversy over the John Barilaro US job saga, ex-trade minister Stuart Ayres fell on his sword on Wednesday, leaving the deputy leadership vacant.

Transport and Veterans Minister David Elliott was the first to throw his hat in the ring to take on the deputy job.

“I don’t put my name forward out of excitement or enthusiasm (but) the premier is under the pump,” Mr Elliott told Sydney radio 2GB on Thursday.

“The easiest thing for people to do at the moment is to walk away or keep your head down … but that’s just not my style.

“My job is to really just say to the party room, and to the party, I’m available if you think that my skill set is going to work.”

Mr Elliott also took a veiled swipe one of his rivals for the job, Treasurer Matt Kean, blaming him for a delay in implementing a compensation scheme for taxi licence owners.

Told that Mr Kean’s office had blamed Mr Elliott for the delay, he said that was “complete bulls–t”.

“This is one of the reasons why I’m running for deputy leadership,” he said.

Mr Kean, who was deputy leader under ex-premier Gladys Berejiklian, has also put his hand up for the job, along with Roads Minister Natalie Ward. The Liberal party room will vote on Tuesday.

As well, two ministers need replacing after being shown the door over separate scandals this week.

Premier Dominic Perrottet sacked small business and fair trading minister Eleni Petinos last Sunday after accusations of bullying in her office, which she has denied.

Mr Ayres was forced out after a draft section of a government review into the appointment of former deputy premier Mr Barilaro to the US post revealed he may have been more involved in the process than he had claimed.

“The review clearly demonstrates that the process was not at arm’s length”, Mr Perrottet said on Wednesday.

Another review will examine whether Penrith MP Mr Ayres might have breached the ministerial code of conduct.

Mr Ayres maintained he had done nothing wrong but agreed it was “important that this matter is investigated appropriately”.

As well as his deputy position, Mr Ayres lost his ministerial portfolios for western Sydney, tourism and sport, and enterprise, investment and trade.

Those responsibilities were allocated to other ministers by Mr Perrottet on Wednesday. He has not indicated if a cabinet reshuffle is also likely.

Alister Henskens will add enterprise, investment and trade, and sport to his existing responsibilities for skills and training, and science, innovation and technology.

NSW will hold an election in March, with the Coalition government dealing with ongoing controversies and disaster-induced economic challenges as it chases a fourth term.