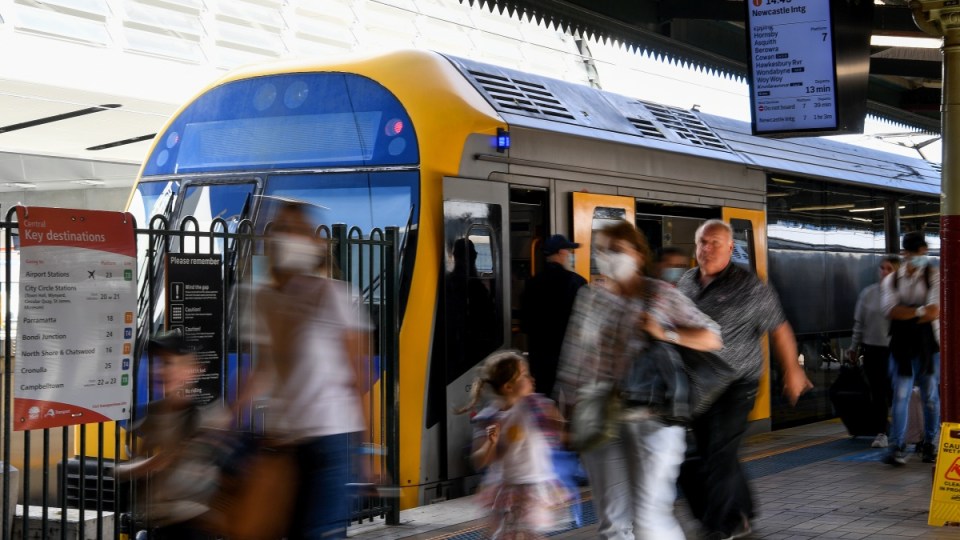 The NSW government and rail unions continue to face off over industrial action and train safety. Photo: AAP

The NSW government will once again square off against the rail workers union before the industrial umpire as train services continue to operate on a reduced timetable.

The parties will appear before the Fair Work Commission for the second day on Friday after a long-running dispute related to the government’s plan to bring a new Korean-built fleet onto the network sparked industrial action.

“We’re (the state government) focused on the people; we’re focused on getting the trains back on the tracks,” NSW Premier Dominic Perrottet said on Friday afternoon ahead of the hearing.

“This has been 18 months but enough is enough. I want the trains on the tracks as quickly as possible.”

The Rail, Tram and Bus Union says there are safety issues with the rolling stock and wants the government to address its concerns.

While the government previously offered to spend $264 million to address the safety fears, it declined to sign an agreement with a sceptical union to that effect.

“Every time unions think they have a breakthrough, a government commitment gets reversed and we’re all back to square one,” the NSW RTBU said on Thursday.

“It’s like a never-ending game of snakes and ladders.”

The government has gone to the commission to try to stop the union’s protected industrial action, which has been taking place all week, after losing a similar bid at an interim hearing on Tuesday.

Mr Perrottet said the government had “no choice” but to take action but also acknowledged the unions had agreed to put on more services.

Transport for NSW said there are fewer Sydney Trains and NSW TrainLink Intercity network services on Friday and commuters should plan ahead and allow for extra travel time.

The union says its industrial action, which includes bans on transit officers issuing fines on public transport and driving a reduced number of foreign-made trains, has had little impact on services.

“Throughout this whole dispute, we’ve always been as fair and reasonable as possible while still making it very clear to management and the NSW government that we are serious about fighting for the safe railway commuters and workers deserve,” RTBU NSW Secretary Alex Claassens said.

The union has also accused the government of trying to link separate enterprise bargaining talks to the train stock dispute and “coerce” workers into accepting lesser terms.

Unions NSW has condemned the government’s handling of the train dispute noting it is facing other actions by public sector workers.

“Premier (Dominic) Perrottet is playing the victim saying the strikes are politically motivated,” it said on Thursday.

Michael Pascoe: The Liberals face being engulfed by a rising tide of independents
‘Not over yet’: NSW flood warnings remain
Today's Stories