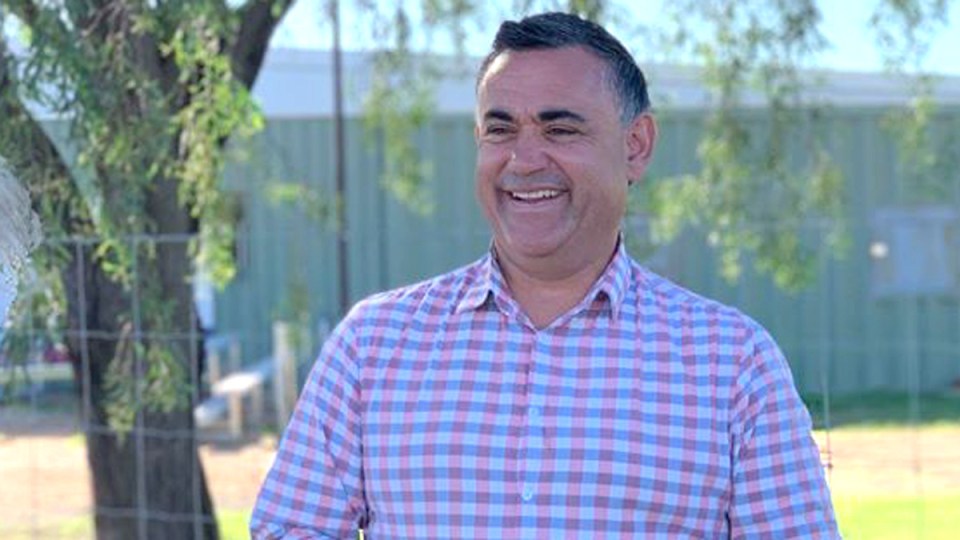 Newly released documents show a second woman was shortlisted for the job given to John Barilaro. Photo: Facebook

A second woman was shortlisted for a plumb overseas trade job before it was given to former NSW deputy premier John Barilaro, government documents show.

Mr Barilaro has announced he will not take up the New York-based role as senior trade and investment commissioner to the Americas but his controversial appointment remains the subject of an upper house inquiry.

Questions have been asked about why the $500,000 job based in Manhattan went to Mr Barilaro following his resignation from state parliament last year.

Internal government documents the upper house ordered be released showed a second woman was shortlisted for the role after it was readvertised.

A preferred candidate, also a woman, was identified and signed off on by Investment Minister Stuart Ayres last August, before the offer was rescinded and the role advertised again.

Hong Kong executive Kimberley Cole was one of three candidates shortlisted in February, and had been invited to have a phone meeting with Mr Ayres in March.

A redacted CV contained in the released documents, which mirrors Ms Cole’s profile on professional social networking site LinkedIn, showed she had more than 15 years as a highly qualified executive with global experience and was the inaugural winner of the Telstra Business Woman in Asia Award.

“There was yet another well qualified woman who got to the shortlist of this process … who did not end up getting the job and instead it went to John Barilaro,” the NSW opposition’s leader in the upper house Penny Sharpe said on Thursday.

She said the government was late in providing what turned out to be a disappointing, minimal return to a request for documents, and she believed thousands more were coming.

“I urge them to provide the rest of the documents as soon as possible so they’re not in breach of the orders of the upper house,” she said.

Former Investment NSW deputy secretary Jenny West, who was verbally offered the job last year before it was rescinded, is expected to appear as a witness at the inquiry on Monday.

Ms West requested her hearing be held in private. But that has been declined and her evidence will be given publicly.

She will likely get a chance to respond to some of the reasons given by trade department secretary Amy Brown for why Ms West’s job offer was rescinded.

Ms Brown’s testimony, given at a closed hearing last week, was reported by media late on Tuesday night after transcripts were leaked.

Ms Sharpe said no one aside from the seven MPs on the public accountability committee conducting the inquiry could have been responsible.

If the culprit is identified they could face serious consequences.

“This is an egregious breach that I think is bordering on intimidating a witness,” Ms Sharpe said.