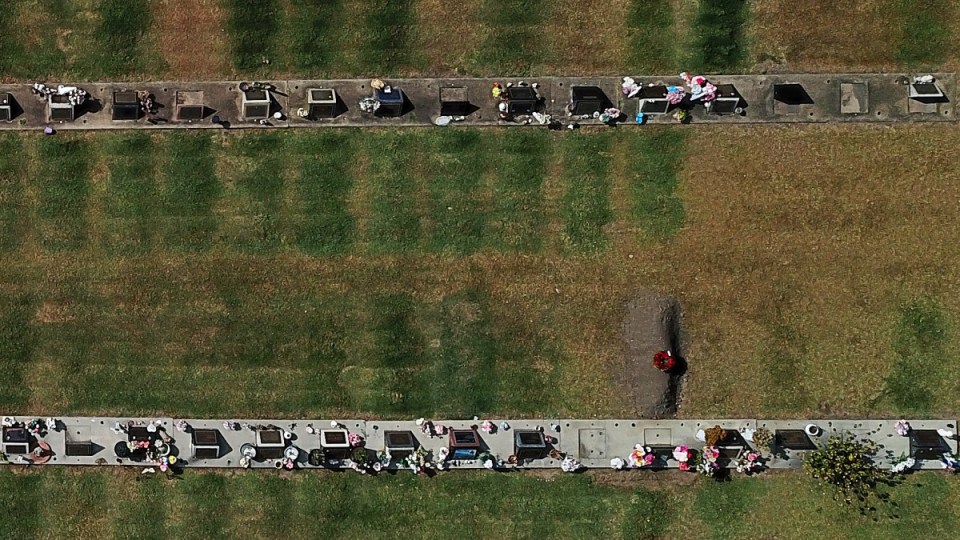 NSW has passed the grim milestone of 1000 COVID-19 deaths, with a new daily record of 46 on Friday. Photo: AAP

A baby is among the dead as NSW reports another grim record for COVID-related fatalities – and tops more than 1000 pandemic deaths.

NSW confirmed another 46 virus deaths on Friday, by far its highest total for a 24-hour period yet.

They were in addition to the death of a baby who had tested positive to COVID in hospital in the Hunter-New England district in December. The infant – reported by local media to have been just eight weeks old – is believed to be Australia’s youngest COVID-linked death, although it is unclear if the virus was responsible.

Chief health officer Kerry Chant offered her condolences to the family, and said the coroner would determine what role COVID had in the baby’s death.

“I have spoken with the family and the family are very keen for their privacy to be protected – you can imagine that this is one of the most difficult times a family could ever go through,” she said.

The fatality was one of seven that occurred from December 29-January 13 but was not part of Friday’s record COVID toll. The new deadliest day takes NSW’s pandemic toll to 1024.

More than a quarter of the deaths have occurred in the past two weeks, during which 324 people have died with the virus.

Another 25,168 infections were also reported across NSW.

“It is pleasing to see that a variety of indicators demonstrate that the spread of COVID is slowing in the community,” Dr Chant said.

However, she warned there were still high death daily death tallies to come.

“There is a significant lag between cases being identified to when we see them get hospitalised, and then also flow through – tragically a small number – into deaths,” she said.

“That is the cycle and therefore in this outbreak – as in previous outbreaks – we expect to see a lack of two-three weeks.

“Unfortunately, the death numbers will likely remain high but my message is that we can turn that around by boosting and getting that booster in with a real sense of urgency.”

Virus hospitalisations in NSW dropped again to 2743 on Friday, after falling for the first time since December 13 on Thursday.

The number of people in intensive care also decreased, down to 209.

Premier Dominic Perrottet said hospitalisation and ICU numbers were both below “best-case scenarios” modelled for NSW Health for the Omicron outbreak.

In addition, the number of healthcare workers furloughed due to the virus or exposure to it in NSW had fallen from well over 6000 to less than 5000, he said.

“People when they go on to a ventilator, instead of it being a short-term ICU visit, they’re in there for weeks,” she said.

“When our ventilation numbers drop down to 20, or 10, we’ll know we’re not going to see as many poor outcomes in the weeks to come.”

Also driving down death rates would be the decline of the more serious Delta variant, newly approved early-intervention treatments for the virus, and greater take-up of vaccine boosters.

“The booster will be the death knell for Delta, hopefully,” she said.

NSW and Victoria pitched their plan for re-opening schools to national cabinet on Thursday, after which Prime Minister Scott Morrison said the federal government had agreed to split the cost 50-50 with states opting to surveillance-test students and teachers.

Premier Dominic Perrottet had earlier confirmed surveillance testing would play a role “at least in the short term” in ensuring schools remained open from day one of term one – February 1.

Almost 80 per cent of primary school children in NSW are yet to receive their first vaccine dose.