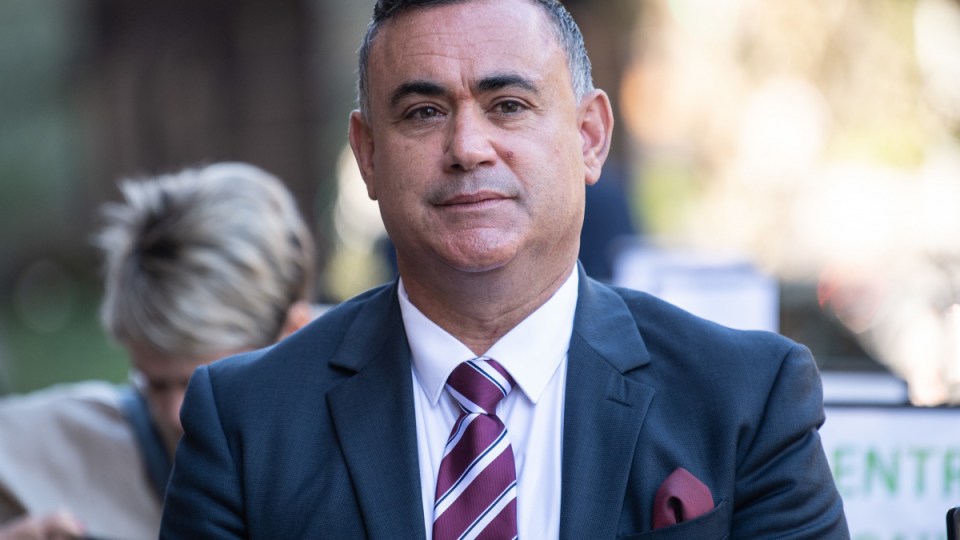 John Barilaro is taking on tech giant Google over videos posted on YouTube he says are defamatory. Photo: AAP

Jordan Shanks, the face of friendlyjordies, appears set to testify for Google as it defends defamation action from NSW MP John Barilaro, a court has heard.

Mr Barilaro has maintained his claim against YouTube’s owner over videos titled Bruz and Secret Dictatorship published on the friendlyjordies channel in late 2020.

That’s despite the former NSW deputy premier and retiring MP settling with Shanks three weeks ago.

“The present intention is that Google will be calling Mr Shanks,” barrister Lyndelle Barnett, for the tech giant, told the Federal Court on Friday.

That answer cleared up confusion for Mr Barilaro’s lawyer, who questioned what to make of Google saying it “reserves the right” to call Mr Shanks at trial in March.

“We want them not just to reserve the right. If I’m going to cross-examine Mr Shanks, that’s going to be some work,” barrister Sue Chrysanthou SC said.

“I don’t have any problem doing that, but if this is just some sort of empty threat, it shouldn’t be allowed.”

Mr Barilaro launched the defamation case in May, alleging the Bruz video wrongly insinuated he was a “corrupt conman” and had “so conducted himself in committing perjury nine times that he should be gaoled”.

Shanks had planned to defend the claim but, on November 5, accepted some videos were offensive to the retiring MP and apologised in a negotiated settlement.

The videos had since been edited to remove allegations of perjury and corruption, Ms Chrysanthou said on Friday.

The claim against Google alleges it didn’t act on Mr Barilaro’s pleas for the videos to be removed. The Monaro MP also says Google’s publication was actuated by malice as it was for financial gain and contravened their own YouTube policies.

Google denies eight defamatory meanings, as defined by Mr Barilaro, were conveyed. If they were defamatory, Google says they were permissible under qualified privilege as a statement of a commentator’s honest opinion.

It also relies on the video being a matter concerning an issue of public interest – a defence available to publishers as of July 1 this year.