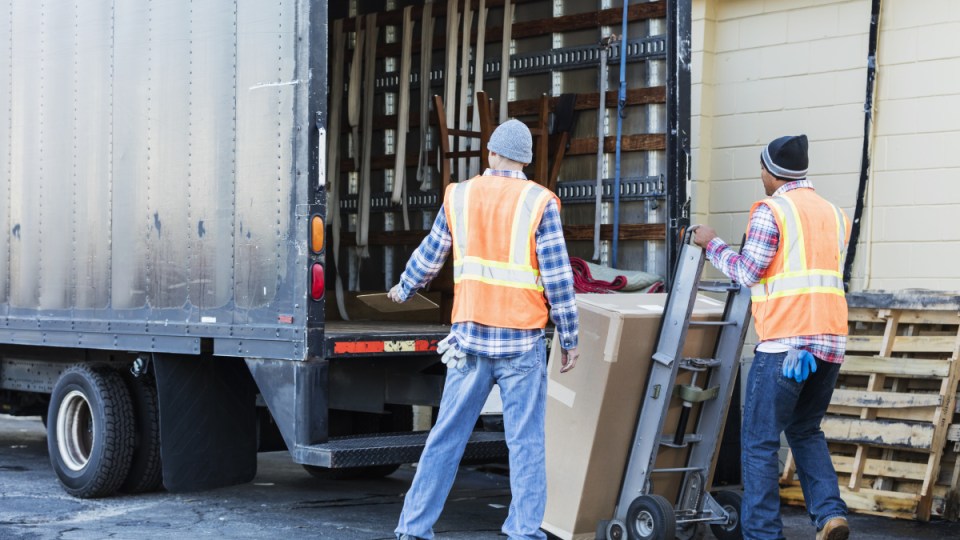 Three removalists have been punished after going to regional NSW having tested positive to COVID-19. Photo: Getty

Three removalists who travelled to central western NSW from Sydney after testing positive to COVID-19 have been convicted, fined and sentenced to a one-year community corrections order.

In the Orange Local Court on Wednesday, magistrate David Day said the men placed the community at “extreme risk” and he would have no issue sending them to jail if their grasp of English had been better.

All three are of Assyrian background and lacked proficiency in English.

Another mitigating factor was the twins’ mother dying of coronavirus not long after the incident occurred.

Twins Roni and Ramsin Shawka, 28, and Maryo Shanki, 21, pleaded guilty in September to not complying with a COVID-19 notice direction.

They were also each fined $1100 and ordered collectively to pay $2000 to NSW police in decontamination cleaning fees for the vehicle used in arresting them.

Before the trio travelled on July 16 from West Hoxton to Molong, they had been directed to attend a COVID-19 facility by their manager at On Time Removals, according to the facts

Soon after their swabs, they set off. They stopped in South Bowenfels and Orange along the way.

About 9.30am their manager was contacted by a NSW health officer that Roni Shawka was unable to comprehend the health advice after testing positive to COVID-19.

This message was passed on and the court was told that he “did not direct him or the other men to stop the delivery but to wait for further directions”.

Two hours later, Roni Shawka was told to self-isolate in the truck’s cabin. However, the others were soon contacted to be told they had also tested positive.

The area was home to vulnerable persons “by way of health, age, or First Nations people”, with the magistrate citing Dubbo and Wilcannia as similar but where the virus had run rampant.

While no one was infected, “the risk was extreme”, the magistrate said, given virus immunisation rates at the time were low.

Their lawyer submitted this was a case of “young men trying to do their best,” but the precise requirements of what they should have done got “lost in translation”.

While the court was told the public health order stipulated the men needed a negative result before driving out of their local government area, this was not the charge brought against them.

At the time greater Sydney was under strict lockdown and public health orders stipulated all positive cases must isolate immediately.

Days after police escorted the men back home, the Shawka brothers’ mother, who was in her 50s, died after contracting the virus.

The twins were forced to sit in a ute outside her Green Valley property while police conducted investigations inside the house.