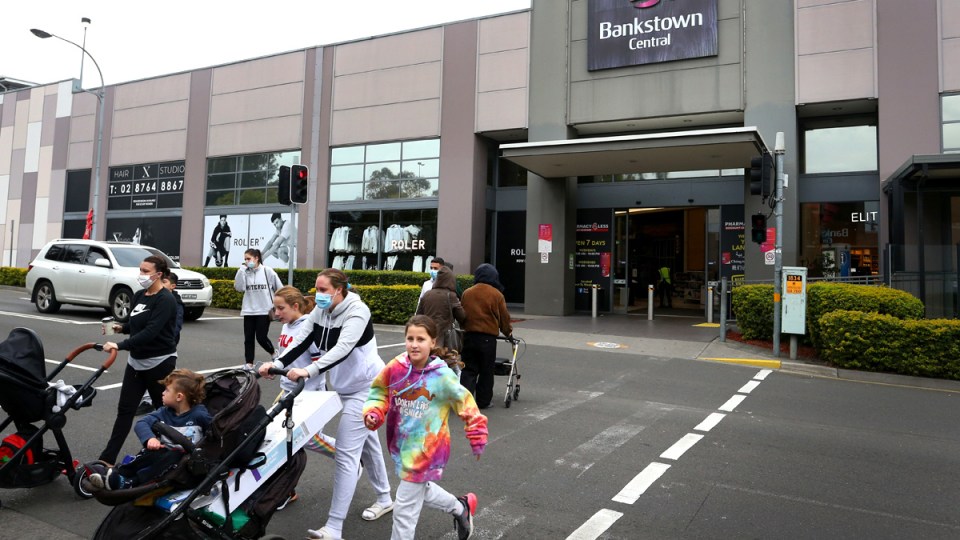 Gladys Berejiklian is still refusing to be drawn on when lockdown measures might lift for people in greater Sydney.

A woman has been found dead in the Sydney home of the twin brother removalists charged after travelling from to country NSW while infected with the Coronavirus.

NSW Health on Monday afternoon reported the death of a woman in her 50s, who was a confirmed COVID-19 case.

The department confirmed she was a resident of south western Sydney and a close contact of a COVID case.

The death was the 61st in NSW related to COVID-19 and the fifth of the current outbreak.

The ABC reported that the Green Valley woman was a family member of the removalists.

The twin brothers were charged with breaching public health orders after it was alleged they received a call from NSW Health on Friday informing them that one of them had tested positive for coronavirus, but continued their journey to the country town of Molong to finish their delivery.

The tragic Sydney death came as NSW’s string of near triple-digit daily COVID cases continued, despite rules keeping millions of people at home tightened even further.

Premier Gladys Berejiklian said the tougher restrictions imposed across the lockdown area from the weekend – with most retail shut, construction work halted and thousands of people in the hardest hit suburbs confined to their local government area – should bring case numbers down.

But the effect won’t be seen immediately.

“I am convinced if we work together, we will see that number go down [but] we will not see the effect of the harsh restrictions for another four or five days,” Ms Berejiklian said on Monday.

“I know they are there to be had if all of us stick together and work hard.

NSW posted another 98 local coronavirus cases on Monday – coming on top of 97 last Friday, 111 on Saturday and 105 on Sunday. A total of 1340 people have officially contracted the virus since the first case – an unvaccinated airport limousine driver – was diagnosed in Bondi on June 16.

As many as 44 of the cases recorded in the 24 hours to 8pm on Sunday were active in the community while infectious, including 20 for their entire infectious period. Ms Berejiklian repeated her view that that number needed to fall before the lockdown could end – and transmission between family homes and at workplaces must also reduce.

“The closer we get that number to zero, the sooner we can end the lockdown,” she said.

On Monday afternoon, NSW Health released more exposure sites across the state. They include shops and cafes in Lakemba, Rose Bay, Parramatta and Bonnyrigg.

Greater Sydney’s lockdown is scheduled to end at midnight on July 30, but Ms Berejiklian will not give a definitive end date until she sees the data in coming days.

The increased risk posed by the Delta variant also meant that children would likely have to be vaccinated, she said.

“In previous strands we have not seen younger people get the virus in the way they are,” Ms Berejiklian said.

“I think there will be a key role for vaccinating children and also having booster vaccination rolled out quite quickly as well,” Dr Chant said.

The admission throws into question the state’s goal of getting 80 per cent of the adult population jabbed before starting a conversation about opening up.

Ms Berejiklian said the community would have to live with “some level of restriction” until vaccination rates were at an acceptable level.

She also doubled down on her weekend decision to shut the construction industry, with tradies across greater Sydney forced to down tools for two weeks.

Having thousands of people being mobile and moving around from communities where cases were concentrated was “too big a risk”, she said.

Workplaces are the second-most common site for transmission in this outbreak.

Construction workplaces will get extra COVID-safe measures like on-site testing to ensure work can resume soon, with Treasurer Dominic Perrottet and key senior public servants meeting with the sector daily.

It’s the first time an entire construction industry has been shut anywhere in Australia since the pandemic began.

On Monday, Ms Berejiklian insisted that financial “help is there” for anyone affected by the lockdown.

Forty-seven of Monday’s cases were recorded in the Fairfield local government area, with Canterbury-Bankstown and Liverpool turning up 13 cases each.

Stay-at-home orders have been tightened in those areas, with locals not allowed to leave unless they are essential workers.

But NSW Police Deputy Commissioner Gary Worboys denied the force was operating a “ring of steel” around south-west Sydney.

He said the organisation had more than 17,000 officers who were enforcing public health orders throughout the state.

More police will be stationed along highways and at camping grounds and service stations in the state’s western regions, after removalists were alleged to have travelled to the regions after being told they had COVID-19.

The new cases were diagnosed from 75,845 tests carried out in the 24 hours to 8pm on Sunday.

It’s estimated the tougher measures have left about 600,000 people without work.

There are 82 COVID-19 patients in NSW hospitals, with 24 in intensive care and seven being ventilated.

Madonna King: If Peter Dutton has a soft side, now is the time to show it
Truckies flout COVID rules on Qld border
Today's Stories