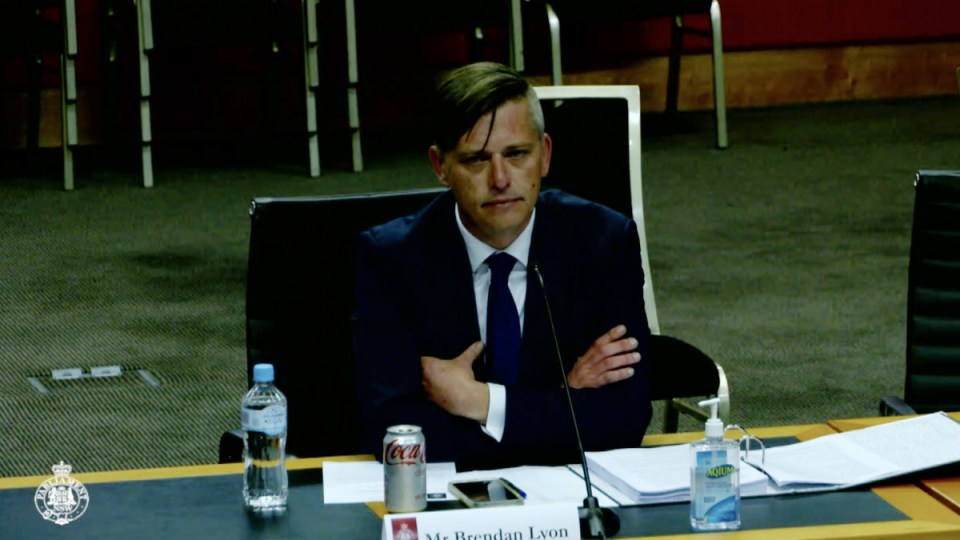 Brendan Lyon says he lost his job after a NSW public servant pressured him to alter a report. Photo: AAP

A former partner at accounting firm KPMG says he lost his job after a senior NSW public servant pressured him to change a report that found the state’s budget was $10 billion worse off than Treasury claimed.

Brendan Lyon told a parliamentary hearing on Monday public servants subjected him to “professional, ongoing attacks” and that Treasury Secretary Michael Pratt called for him to be sacked.

Mr Lyon’s team at KPMG was engaged by Transport for NSW to set up an operating model for a new body established to own and run the state’s rail infrastructure — the Transport Asset Holding Entity (TAHE).

But he found there would be safety risks in letting it begin to operate at the start of last financial year as planned.

He also found “Treasury’s numbers used for the budget are wrong”, Mr Lyon told the committee hearing. This is because of the way transport expenses are accounted.

“The budget (was) some $10 billion or more worse off than Treasury has claimed,” he said.

That finding angered Mr Pratt, who wrote to Mr Lyon in November 2020: “You either correct the errors or remove all references to Treasury modelling, which is not for you to comment on.”

Mr Lyon replied: “Mike, I’m sick of being bullied by you. Grow up (and) tell the truth.”

Minutes later, Mr Pratt wrote to senior partners at KPMG: “You obviously have a partner who refuses to take counsel and is out of control … I expect you to take action.”

The emails are contained in a bundle of documents Mr Lyon has provided to the committee.

Mr Lyon said it became untenable for him to stay at the firm after “internal vexatious disciplinary processes” were launched.

“I was in an unwinnable position … I had to choose between my own professional ethics and my partnership at KPMG and I chose accordingly,” he told the hearing in Sydney.

Mr Lyon said he believed senior partners at KPMG were conflicted because they had promised Treasury they could achieve a result that was not possible.

“It was always going to be awkward for the Treasury because a dog ate $7.3 billion of their homework or more,” he said.

He also described a conflict between Treasury and his client, Transport for NSW, over how to approach TAHE.

Treasury had “lost sight of what matters with the public rail system” – safety.

“It was all to do with the net fiscal presentation of the budget,” Mr Lyon said.

“I wouldn’t be surprised if any premier would say something like, ‘this has to be fixed’,” Mr Lyon said.

“What I wouldn’t expect is that a bureaucrat would then breach, in my view, both ethics and potentially lawful behaviours, to achieve something that’s not achievable.”