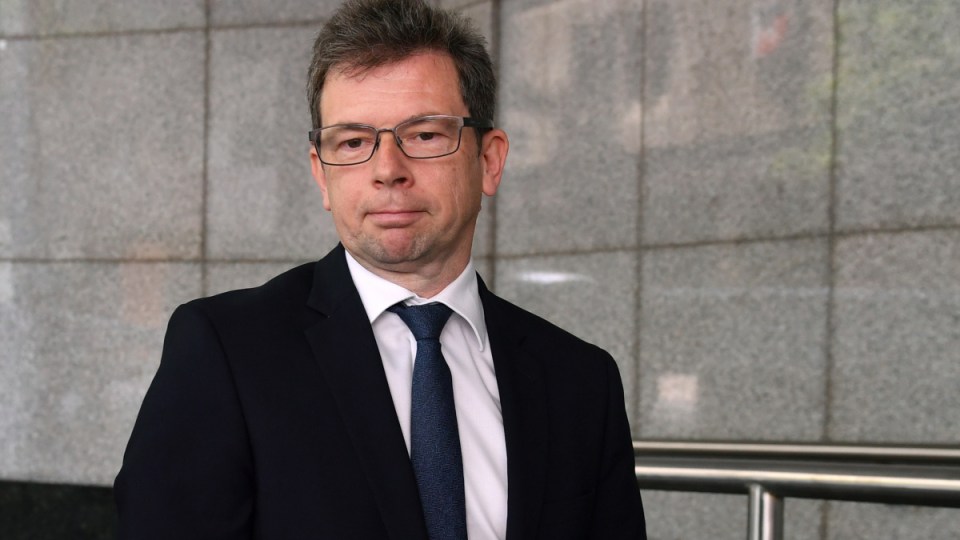 Senior staffers to former NSW premier Gladys Berejiklian have told a corruption inquiry they never saw her treat her secret lover any differently nor favour his electorate, painting her as a principled “stickler” who was “fiercely committed to public service”.

The NSW Independent Commission Against Corruption is investigating whether Ms Berejiklian breached public trust when she supported projects championed by former Wagga Wagga MP Daryl Maguire, with whom she was in a clandestine relationship.

Neil Harley – who worked for the premier from 2017 and was her chief of staff from February 2020 until her resignation – was the first of three senior advisers scheduled to give evidence on Tuesday.

He told the state’s corruption watchdog of a “difficult conversation” he had with Ms Berejiklian in which the “inherently private” premier revealed her secret relationship to him.

“It was, as you can imagine, a very difficult discussion to have,” Mr Harley said.

“It was a private matter for the former premier, who is inherently a very private person.

“We didn’t go into detail about when it commenced or when it finished, I didn’t believe that that was appropriate to do so at that stage.”

But it wasn’t until after Ms Berejiklian was summoned to appear before ICAC last year that Mr Harley learned the true extent of their relationship.

He told ICAC his first impression was that the pair shared a “historical” relationship.

“We talked in broad terms about the nature of the relationship and the fact that it went beyond what you might normally regard as a relationship between premier and other members of parliament,” he said.

Mr Harley also told the inquiry he had not supported one of the grants at the focus of the investigation, $20.5 million in funding for the Riverina Conservatorium of Music.

It was “a long-standing wishlist item” for Mr Maguire, but the promise was made during the 2018 Wagga Wagga byelection after his resignation.

In an email to colleagues at the time, Mr Harley wrote “I personally don’t want to push this project, but the premier did”.

“NSW was deep in drought at this stage, and I felt that providing what was a substantial amount of money to the Conservatory of Music would not be well regarded by the community,” he said.

He said he couldn’t recall how he knew Ms Berejiklian wanted the funding or any discussions about it, but said the project – ultimately ruled out after recent business case assessments – wasn’t without merit.

“It’s important to note that after the byelection was lost and the new member for Wagga Wagga was elected, he himself made representations and has in fact met with me in my role as chief of staff, advocating for it.”

The then strategy director for Ms Berejiklian, Brad Burden, also told the inquiry either the premier or her then chief of staff had told him they wanted the funding to be made available.

He couldn’t say whether Ms Berejiklian had access to any advice from relevant government departments or agencies on the project.

Both men said advice would have been sought about how Ms Berejiklian could manage a conflict of interest if staff had know about her relationship with Mr Maguire.

But both men also were adamant she always behaved in a “principled fashion” and was a “stickler” for the rules.

She never treated Mr Maguire or his electorate any differently, they agreed under cross examination from Ms Berejiklian’s lawyer.

“I have never, ever, in my time in politics, known a person more fiercely committed to public service, and serving the people of the state than Ms Berejiklian.”

Former deputy premier John Barilaro told the watchdog on Monday that he “would have done everything differently” if he’d known about the relationship.

Mr Barilaro sat on the cabinet sub-committee that signed off on another grant being probed by ICAC, and was in charge of the fund that the $5.5 million was eventually drawn from.

The process that led to the grant being signed off on was “unusual” and rushed, he said.

Mr Maguire will appear before the watchdog on Thursday, with Ms Berejiklian expected to give evidence on Friday and Monday.

She resigned as premier on October 1 after ICAC announced it would hold two weeks of public hearings into her conduct. She denies any wrongdoing.