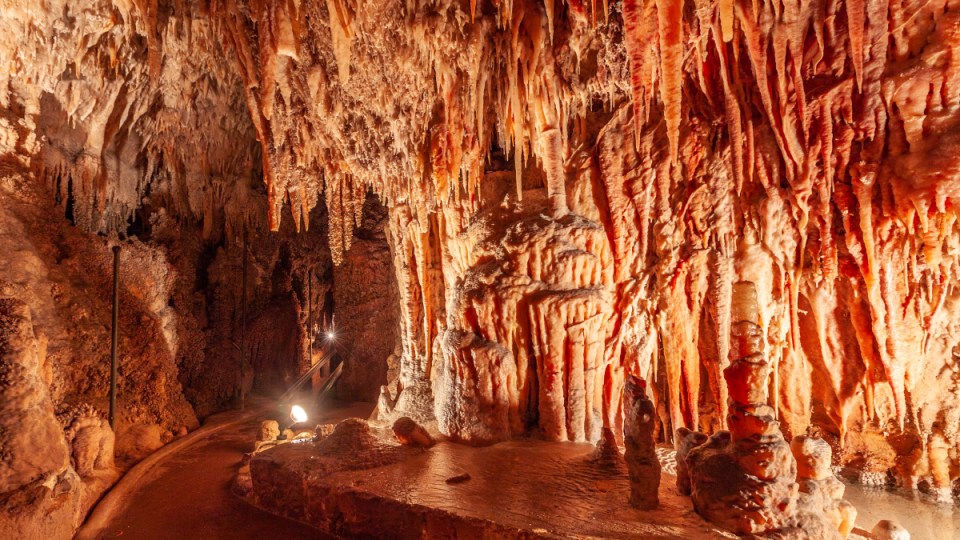 Police say stalactites and stalagmites in this cave in Kosciuszko National Park were broken by vandals. Photos: Getty

NSW Police are investigating after vandals broke into caves at Kosciuszko National Park and damaged stalactites and stalagmites.

Police say the damage occurred sometime between October 17 and 23, when Jillabenan Cave – a part of the Yarrangopilly Cave system – was broken into and the damage was done.

Some stalactites and stalagmites, estimate to be millions of years old, were snapped off in the attack.

“A padlock securing the doorway into the cave was removed, and the power distribution board was also damaged,” an NSW Police spokesman said.

“As the stalactites and ‘straws’ within the cave are naturally formed, the damage is irreversible.”

Former Kosciuszko National Park manager Ross McKinney was horrified by the damage, describing it as appalling.

“Unnecessary and disgusting in the extreme,” he told the ABC.

“The Jillabenan Cave is one of the beautiful highlights of that cave system that attracts so many visitors.”

Andy Spate, a former manager of the caves, said it was poor behaviour, even though the damage wasn’t as bad as he had initially feared.

“The photos, while showing some damage, show it’s not as extensive as I feared,” he said.

Anyone with information or who may have seen anything suspicious in the area is urged to contact Tumut Police or Crime Stoppers on 1800 333 000.