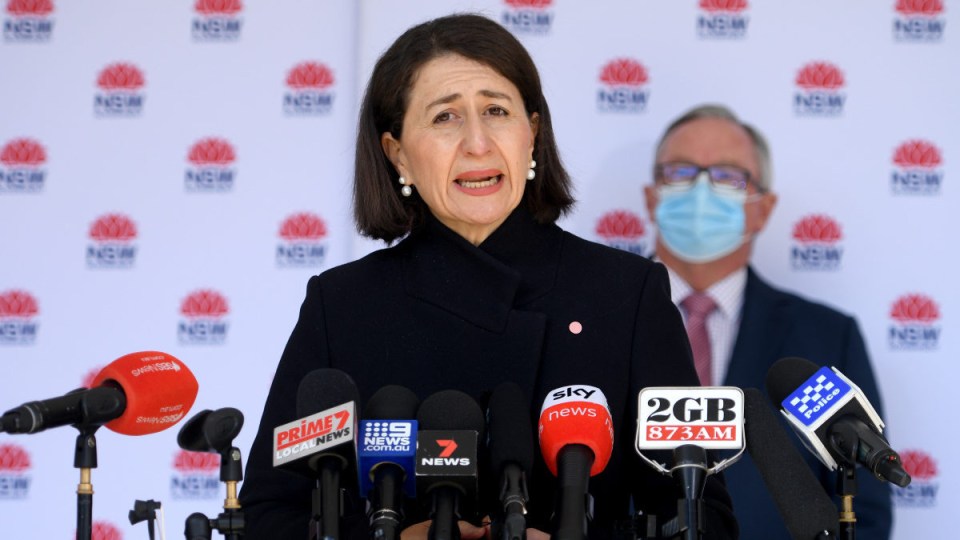 ICAC has revealed when Ms Berejiklian will front the public inquiry into her alleged corruption in connection to grants awarded in the electorate of her secret boyfriend, disgraced MP Daryl Maguire.

According to a witness list published by the watchdog on Thursday, she will be called on Thursday and Friday.

Mr Maguire appear on Wednesday, while former deputy premier John Barilaro will be there on Monday.

Publication of the witness list came as the watchdog began another day of hearing from past and present politicians and senior public servants as the probe in Ms Berejiklian continues.

On Thursday, Chris Hanger, a deputy secretary in the Department of Regional NSW, will give evidence at the Independent Commission Against Corruption. He will be followed on Friday by the current deputy Liberal leader Stuart Ayres.

The inquiry prompted Ms Berejiklian’s resignation earlier this month, and she has denied any wrongdoing.

The witnesses follow former NSW premier Mike Baird who on Wednesday said he only ever witnessed his former treasurer and eventual successor act impartially toward Mr Maguire, who he described as “certainly aggressive and at times abusive” to staff.

Mr Baird told the commission he was “incredulous” Ms Berejiklian, a close personal friend, was in a secret relationship with Mr Maguire.

“I think it should have been disclosed,” Mr Baird said of the relationship.

He said he thought the “potential conflict of interest” could have been managed had he known about it.

He said Mr Maguire was someone who “relentlessly pursue his own agenda”.

“At times, he was certainly aggressive,” Mr Baird said. “And, I think, at times, abusive to members of staff, to public servants and MPs.”

Some $5.5 million was set aside for the Australian Clay Target Association in Wagga Wagga in Mr Maguire’s electorate after a meeting of cabinet’s Expenditure Review Committee, which Ms Berejiklian chaired, in December 2016.

Mr Baird said he supported the project but that he thought the proposal needed “significant work”.

“I put my concerns and what I thought was needed and that was endorsed by the [expenditure review] committee,” Mr Baird said.

Nigel Blunden, the former director of strategy to Mr Baird, was asked by ICAC earlier on Wednesday about emails in which he was derisive about the project, calling it the “Maguire international shooting centre of excellence”.

He began a memo on the project: “As Joel Goodson [Tom Cruise’s character in the film Risky Business] would say, sometimes you gotta say WTF.”

Mr Blunden agreed on Wednesday that he said this in jest.

The memo said “Gladys and Ayres want it”, referring to Ms Berejiklian and Mr Ayres, who was then the sports minister.

It details that it was suggested they should “go away, test the assumptions, verify the business case and then come back when it’s solid”. It then notes the proposal was taken off the agenda, “but Daryl fired up and Gladys put it back on”.

Mr Blunden told the ICAC Mr Maguire “had every right to advocate” for funding, but his own “overwhelming concern” was about the urgency while there was not a rigorous business case.

“It was just a case of is this really the most appropriate expenditure of $5.5 million of taxpayers’ money?” Mr Blunden told the commission.

Earlier this week, two senior public servants who worked at the Office of Sport testified there were questions raised by Mr Baird’s office in 2016 about the grant.

The final witness to appear this week will be Gary Barnes, secretary of Regional NSW.

After more than a decade as Thor, Hemsworth still embracing his hammer and humour
Warning to unvaccinated as NSW cases jump up
Today's Stories