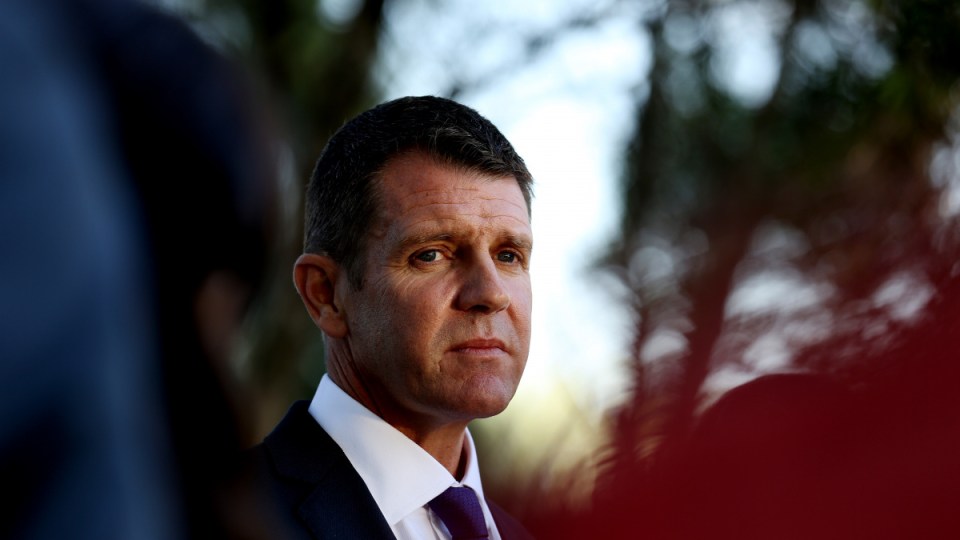 An adviser to former NSW premier Mike Baird has been questioned by the state’s corruption watchdog about his derisive emails about a multimillion-dollar grant at the centre of a probe into Gladys Berejiklian.

The Independent Commission Against Corruption is investigating whether Ms Berejiklian breached public trust by not disclosing her secret relationship with disgraced former MP Daryl Maguire.

The ICAC is probing whether she “was liable to allow or encourage” Mr Maguire’s conduct in securing millions of dollars worth of grant funding awarded to two projects in his Wagga Wagga electorate.

Nigel Blunden, the former director of strategy to Ms Berejiklian’s predecessor, was asked about a series of emails in 2016 about the $5.5 million funding proposal for the Australian Clay Target Association in Wagga Wagga.

Mr Maguire started lobbying for the project as far back as 2012, before putting forward a more elaborate proposal in 2016.

In an email Mr Blunden described it as the “Maguire international shooting centre of excellence” and in December 2016 wrote: “As Joel Goodson [Tom Cruise’s character in the film Risky Business] would say, sometimes you gotta say WTF.”

Mr Blunden agreed on Wednesday that he said it in jest.

He told the ICAC that Mr Maguire “had every right to advocate for funding for this” but at the time he advised that the project should be delayed until there was a “solid” business case.

“My overwhelming concern was about the urgency of this and I was troubled by the absence of a rigorous [benefit to cost ratio],” Mr Blunden told the commission.

“It was just a case of is this really the most appropriate expenditure of $5.5 million of taxpayers’ money?”

Some $5.5 million was set aside for the project after a meeting of the NSW cabinet’s expenditure review committee, which Ms Berejiklian chaired, in December 2016.

In a December memo to the then premier, Mr Blunden wrote: “Daryl fired up and Gladys put it back on” the agenda.

When asked why in his emails he said “Gladys wants it”, Mr Blunden said he was referring to the fact that the then treasurer wanted it back on the agenda.

Mr Baird will appear later on Wednesday at the inquiry, which prompted Ms Berejiklian’s resignation earlier this month. She has denied any wrongdoing.

Two senior public servants who worked at the Office of Sport testified earlier this week that there were concerns or questions raised by Mr Baird’s office in 2016 about the grant.

Former bureaucrat Paul Doorn testified if he’d known the then treasurer was in a close personal relationship with the MP pushing for the project, it would have been a “red flag”.

Mr Doorn, a former executive director in the NSW government’s Office of Sport said there was “a lot of push” from Mr Maguire to get funding for the shooting venue.

But Mr Doorn had repeatedly classified the proposal as “low priority”, raising concerns about a lack of detail and the fact it would be in competition with an Olympic-standard clay shooting facility the government owned in Sydney.

“We didn’t think it stacked up,” he said on Tuesday.

In October 2016, then sport minister Stuart Ayres gave Mr Doorn’s office a single day to turn around a submission to the Expenditure Review Committee to get quick funding for the project.

Mr Doorn said in his five years in the public service, it was the only time he’d received a deadline that pressed for such a document.

The proposal ended up before the committee in December 2016 thanks to Ms Berejiklian who controlled the group’s agenda, Mr Doorn said.