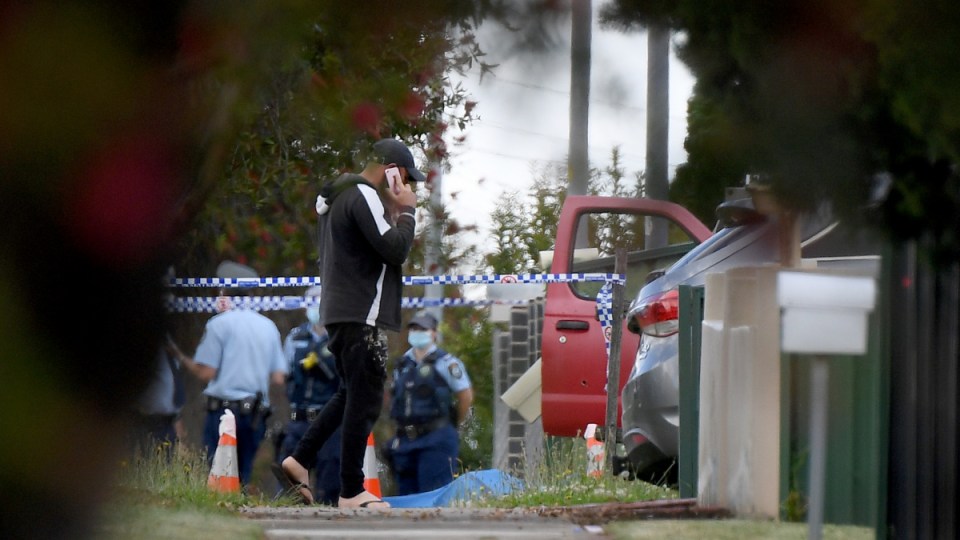 Police at the scene of Wednesday's shooting, where two men have died. Photo: AAP

Two men have been killed in what is believed to be a gang-related shooting in a residential street in Guildford in Sydney’s west.

They found the vehicle with the two men inside.

One was already dead, while the older man had critical injuries. There are multiple reports that he has since also died.

Police have confirmed to the ABC and other media that the shooting is related to an ongoing gang feud, and both men were members of the Hamzy crime family.

They are yet to confirm reports that it was 18-year-old Salim Hamze and his father, Toufik, who were found slumped inside the ute in the residential street.

Salim Hamze was already dead, and his father was treated at the scene by paramedics before being taken to hospital. He died only an hour later.

Sydney’s Hamze family has been engaged in years of gang-related conflict with the Alameddine family.

Wednesday’s shooting comes months after underworld figure Bilal Hamze died after multiple gunmen opened fire as he left a restaurant in Sydney’s CBD in June. At the time, police said it was a major escalation of gang violence in the city.

Mr Hamze, 34, was the cousin of Brothers for Life figurehead and Goulburn Supermax inmate Bassam Hamzy.

In 2013, Bilal Hamze’s mother, Maha Hamze, was shot in the legs through the door of her western Sydney home but survived.

The shooting was sparked by a debt recovery fee feud between her son and another man.

Her home was shot up again in October 2020. On the same day, Mr Hamze’s cousin Mejid Hamzy was shot dead at his Condell Park home.

Anyone with information about Wednesday’s incident is urged to contact Crime Stoppers on 1800 333 000.