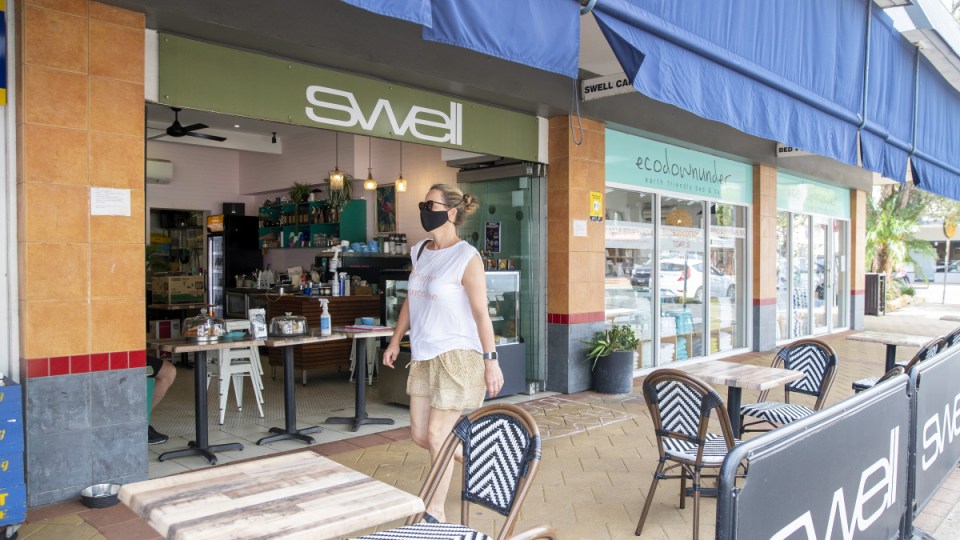 The NSW government is restarting a voucher program to give the hospitality sector a boost. Photo: Getty

Thursday’s update take the state’s virus toll since mid-June to 450.

The latest fatalities were three women and three men, aged from their 60s to their 90s. Four were from Sydney, while there was one each from Wollongong and the Nepean area.

The latest case numbers were down from the 444 reported on Wednesday.

It came as the state continued on its path to reopening, with Premier Dominic Perrottet confirming the return of the popular Dine and Discover voucher program.

The program, which has already been used by 4.8 million people, will be expanded, with two more $25 vouchers available in December – one for dining and one for entertainment.

Mr Perrottet said it would give the sector a huge boost because people tended to spend more than $25.

“They have been incredibly successful and popular, from Ballina to Balmain, from Byron to Broken Hill,” he said.

“People right across the state have gone out and used the voucher, and importantly, spent more.

“It’s driven economic activity in NSW. It’s got people back into work.”

The program is costing the government $250 million.

So far it had delivered a $500 million shot in the arm for businesses around the state, Mr Perrottet said.

Anyone who hasn’t applied for any of the vouchers can access their ServiceNSW app to get all six, which will be active until June next year.

Additionally, small bars and pubs given exemptions to set up tables and chairs on footpaths last summer will be allowed to keep doing so indefinitely, under the government’s $66 million Alfresco Restart Initiative.

“We want to bring life and laughter into the city during summer,” Mr Perrottet said.

The government will also provide $5000 grants to hospitality businesses on a first-in basis to “embrace alfresco dining” and “move the inside to the outside”.

As well, up to $500,000 will be available in grants for councils to improve their high streets.

“We think that these changes today will help our businesses to flourish over the summer months as we get through this pandemic,” Mr Perrottet said.

“I am incredibly confident we’re going to bounce back strongly here in NSW.”

Meanwhile, the state looks set to reach its 80 per cent double COVID-19 vaccination milestone by the weekend, which would be earlier than expected.

Mr Perrottet will meet with senior colleagues on Thursday to decide what new freedoms could be granted from Monday.

The next stage wasn’t due to begin until October 25.

But the government’s COVID-19 and economic recovery committee – formerly known as crisis cabinet – is unlikely to give the green light to regional travel given lower vaccination rates in some rural communities.

In areas such as Byron Bay on the north coast, only 47 per cent of the eligible adult population is double vaccinated, leaving the community vulnerable to a possible outbreak.

“There have been concerns raised about regional NSW when you look at those double dose vaccination rates,” Mr Perrottet said on Wednesday.

Pubs, restaurants, gyms and shops have been open to people who are fully vaccinated since Monday, when the state came out of a near-four month lockdown.

The next stage could allow outdoor gatherings of up to 50, 20 guests in a home, dancing at hospitality venues and drinking standing up at the pub.