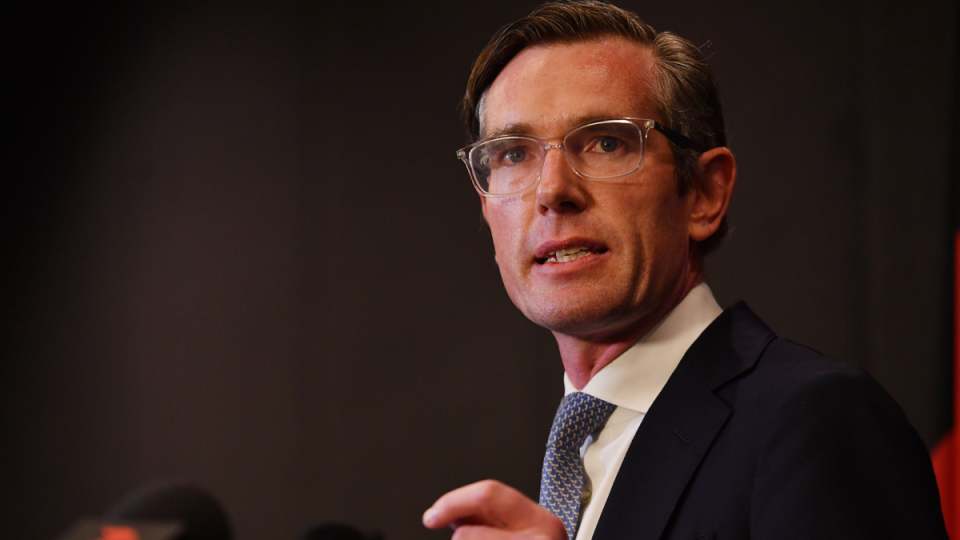 Dominic Perrottet is the new Premier of NSW. Photo: AAP

Dominic Perrottet is the new Premier of NSW, and his leadership style is expected to be a noticeable departure from that of Gladys Berejiklian.

The 39-year-old former treasurer has taken the state’s top job at a time of instability, with no clear successor for outgoing Deputy Premier John Barilaro.

Mr Perrottet’s background is different to that of previous premiers, and in his first press conference since becoming party leader he pledged to become “a family premier”.

When Donald Trump was elected US president in 2016, Mr Perrottet called it “a victory for people who have been taken for granted by the elites in the political establishment for too long” and called for “a conservative spring”.

When a journalist asked whether he’s the most conservative NSW premier since World War II, Mr Perrottet replied: “That is for other
people’s judgments.”

Here’s what we have to go by.

Mr Perrottet was elected for the seat of Castle Hill at the age of 29.

He’s since bounced around to the seat of Hawkesbury, before landing in Epping in 2019.

He was made Treasurer and deputy leader of the NSW Liberal Party in January 2017.

A man of strong faith

Mr Perrottet had a conservative Catholic upbringing, and attended the Opus Dei-affiliated Redfield College at Dural.

He is one of 12 siblings, and has six children of his own.

“People should judge people on who they are and what they say, not based on some religious element, and I am very proud of the fact that I have a strong Christian faith,” Mr Perrottet told reporters on Tuesday.

“Does that in any way take away my capacity to serve as Premier? Well, I do not think so.”

However, he has been outspoken on certain religious issues.

Last year, the then-treasurer spoke out against a Victorian law requiring priests to disclose instances of child abuse, even though it may breach the confessional seal.

“As a Catholic I find sexual abuse, and subsequent cover-ups that have gone on in the church, a crushing betrayal, not only of the victims, but of believers too,’’ Mr Perrottet said.

“We all share in the responsibility to combat the plague of sexual abuse of children and minors and make sure it never happens again.

“At the same time, though, we need to be clear about what this kind of law does. It compels at the threat of imprisonment, ministers of religion to violate their conscience, in a way that is so grave that it will result in their summary expulsion from the church.

“That isn’t just a matter of preference. It’s a matter of deep theological conviction that the confessional seal is sacrosanct, for every priest in every penitent, no matter who, no matter what sins are confessed.”

There are now concerns this kind of approach could boost One Nation MLC Mark Latham’s ‘Parental Rights’ bill, which experts and some religious institutions have slammed for being harmful to trans children.

In 2019, Mr Perrottet also attacked what he referred to as the “pronoun police”, with backing from conservative Christian lobby group FamilyVoice.

In 2019, Mr Perrottet voted against decriminalising abortion at up to 22 weeks. The bill passed anyway.

During the process, he become one of the most outspoken opponents of abortion in the state.

“I understand people have different views and, while I acknowledge many of the reasons they have for supporting this bill, including deeply personal reasons, I cannot in good conscience support a bill which stops the beating heart of an unborn child,” Mr Perrottet said at the time.

However, he did concede that many women find themselves in circumstances vastly different to his own.

“Every day there are women out there who fall pregnant in difficult and sometimes impossible conditions of poverty, abuse, neglect and violence,” Mr Perrottet continued.

“I can understand why many of them in that situation would want to consider ending their pregnancies.

“But our first response as a community should be to help, not to harm, and to comfort, value and support both mother and child.”

However, he said he’d like to increase female representation once the state’s COVID outbreak dies down.

“It is something I will work towards,” Mr Perrottet said on Tuesday.

In 2015, Mr Perrottet gave a speech at libertarian think tank the Centre for Independent Studies, in which he blamed welfare for the breakdown of families.

“Some have argued that social security replaces the role of children in old age by socialising the traditional duties of the family,” he said.

“As one commentator has asked, why have children at all when the state will take care of you in your old age?”

In doing so, he referenced a widely discredited American report from 1965 that argued that black people in the US are supposedly more predisposed to having single-mother families for cultural reasons.

In 2020, Mr Perrottet’s political career was jeopardised when it was revealed that the state’s workers compensation scheme, icare, had underpaid 52,000 injured workers by up to $80 million, and was itself on the brink of collapse due to mismanagement.

As treasurer, Mr Perrottet repeatedly stated that he wanted to keep as many businesses open as possible during the pandemic.

“I don’t want to go back into lockdown,” Mr Perrottet reiterated on Tuesday.

“Now, we’re committed to the national roadmap, and that is clearly set out in the Doherty report that, from time to time, there may be the need for targeted restrictions.

“But ultimately, we’ve got to learn to live alongside this virus, and vaccination has been the key to doing it.”

Mr Perrottet expressed many other conservative views over the years.

After praising Donald Trump’s 2016 election victory, for example, he made a Facebook post in support of the president that articulated several of his viewpoints.

“If you stand for free speech, you are not a bigot,” Mr Perrottet wrote in the post.

“If you question man-made climate change, you are not a sceptic.

“If you support stronger borders, you are not a racist.

“If you want a plebiscite on same-sex marriage, you are not a homophobe.

“If you love your country, you are not an extremist.”

He did not reference these viewpoints at his first press conference as Premier on Tuesday.

Dominic Perrottet is NSW’s youngest premier, and he might be the most conservative one in decades