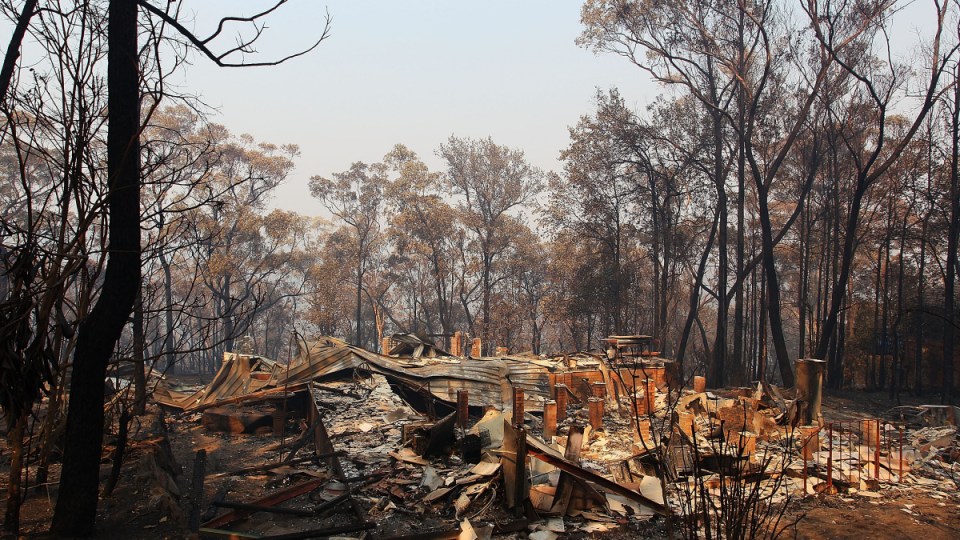 Fires have been charring NSW for weeks, but now relief may be in sight. Photo: Getty

NSW firefighters are taking heart from the latest weather reports, with predictions of rain promising respite from the work to extinguish dozens of bush and grass fires throughout the state.

There were 75 bush and grass fires burning in NSW on Saturday afternoon, with 35 of them yet to be contained, while parts of the state were under very high fire danger.

Meanwhile, the NSW environment department had forecast “poor” air quality in Sydney due to particles and ozone.

However, firefighters were also expecting rain showers through Sunday into Monday, “which hopefully should give us a little bit of reprieve”, Insp Shepherd said.

“We’re just starting to see a little bit of fall, but at this stage we’re crossing our fingers for a little bit more over the next 48 hours,” he told AAP.

However, he said it was unlikely that there would be enough rain to completely extinguish the fires.

Insp Shepherd said the showers were expected through most of the state but they would have a clearer idea on Monday.

“We could see some very hot and windy conditions towards the end of next week,” he said.

Rain should also help clear out a persistent smoke haze in Sydney and the mid north-coast, Insp Shepherd said.

The Bureau of Meteorology on Friday expected the smoke to continue for the first part of Sunday before rain mixes with smoke particulates in the air and helps reduce it.

“During Monday, we’re expecting a southerly change to sweep along the coast and those southerly winds should help to clear out the smoke,” BOM meteorologist Katarina Kovacevic said.