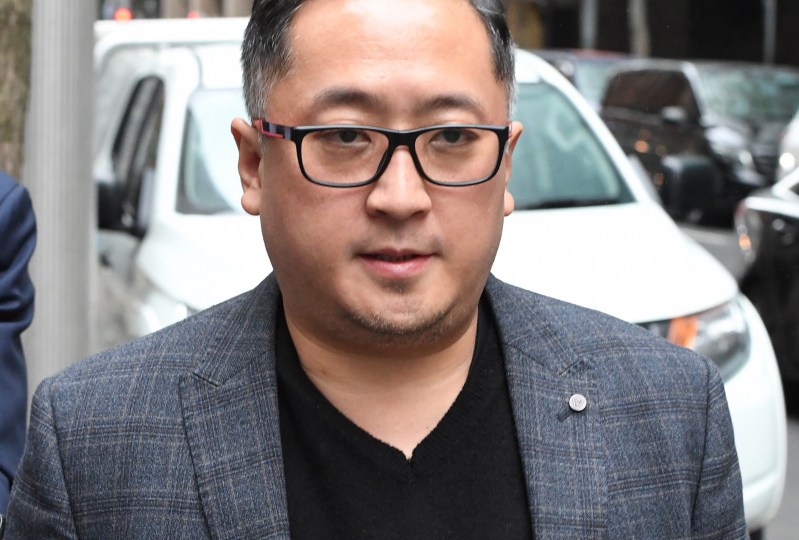 A central player in the NSW Labor cash-in-a-bag donations scandal helped organise another fake donor scheme, this time in the name of state MP Chris Minns, an anti-corruption inquiry has been told.

Restaurant manager and former political hopeful Jonathan Yee told the Independent Commission Against Corruption on Monday he organised to have eight people falsely claim they were donating cash bundles of $5000 to the NSW Labor Party.

But in fact, he said, he was helping then-state MP Ernest Wong cover up the true source of the donations – which ICAC alleges was Chinese billionaire Huang Xiangmo.

The inquiry has heard Mr Huang, banned from donating as a property developer, walked into NSW Labor’s head office with $100,000 stuffed into an Aldi shopping bag.

Mr Yee said weeks before those donations – pegged to a Chinese Friends of Labor fundraising dinner in March 2015 – he and Mr Wong organised another straw donor scheme.

More than half a dozen cheques for $900 each were made out to the ALP account of Mr Minns, who lost to Jodi McKay in the vote for Labor leader following the March 2019 election.

Mr Yee said he assured those writing the cheques they’d soon be refunded in cash.

“I believe (the reason) will be to fly under the $1000 cap so a declaration was not necessary,” he told the inquiry.

“But at the same time it conceals whoever that particular donor or donors would be.

“I felt by assisting Ernest in this way, head office would look upon me as someone who could assist in future.”

Mr Yee said he never asked who the true source of the Chris Minns donations was.

A spokesman for Mr Minns said the donations were accepted in good faith via a cheque and not cash in 2015, but given the ICAC evidence the most appropriate course of action would be to forfeit the money.

ICAC has not heard any evidence that Mr Minns knew the true source of the donations.

Mr Yee said he was approached before the March 12 dinner by Mr Wong, the CFL patron, to provide five to 10 straw donors for a series of $5000 donations.

He said he wasn’t told the true identity of the donor until 2017 – a claim ICAC Chief Commissioner Peter Hall QC said “beggars belief”.

“But I would assume it would come from (Mr Huang),” he said.

“Previously, Mr Huang has donated to the party and he was one of the biggest donors at that time.”

Mr Huang is not listed on the public NSW donation disclosure logs, going back a decade.

Mr Yee said he didn’t know if others were involved in the scheme, but “would deduct (sic)” that NSW Labor head office would have been aware of it.

During three days of evidence in early September, Mr Wong told the commission he’d never asked Mr Huang for a donation, and the billionaire volunteered to personally deliver a bag of cash raised at the event to Labor head office.